100+ YO Silver, Glass, and Stoneware All From the Same Hole!

Was on my way back to the 1890's spot that I was at yesterday, but decided to put some test holes in some other places along the way. Long story short I never got to the 1890's spot because by sheer dumb luck, in my very first test hole, there was a fully intact hand-made stoneware pitcher. I don't know about you but it screems 19th century to me. 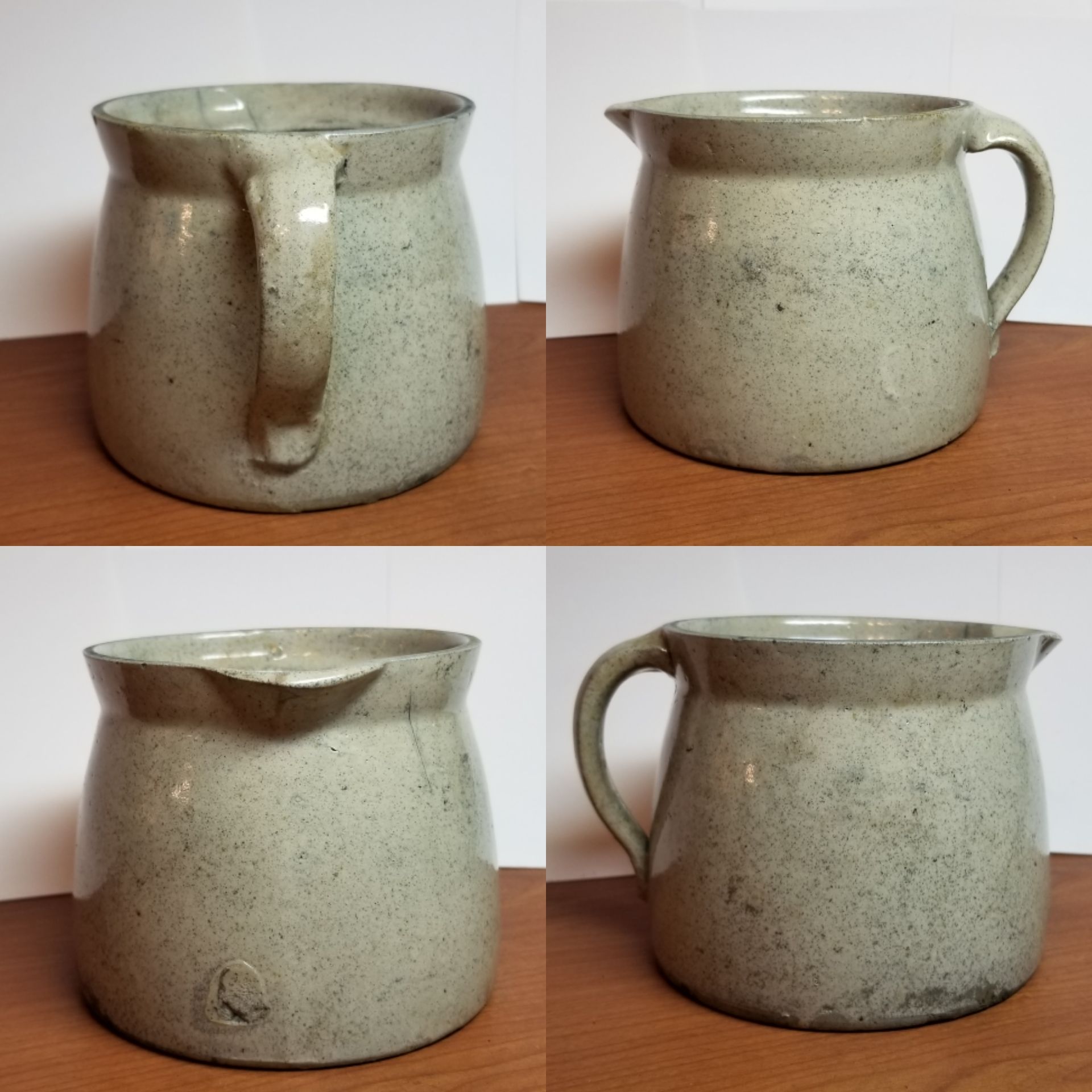 The handle still has the craftsman's finger prints where it is attached. 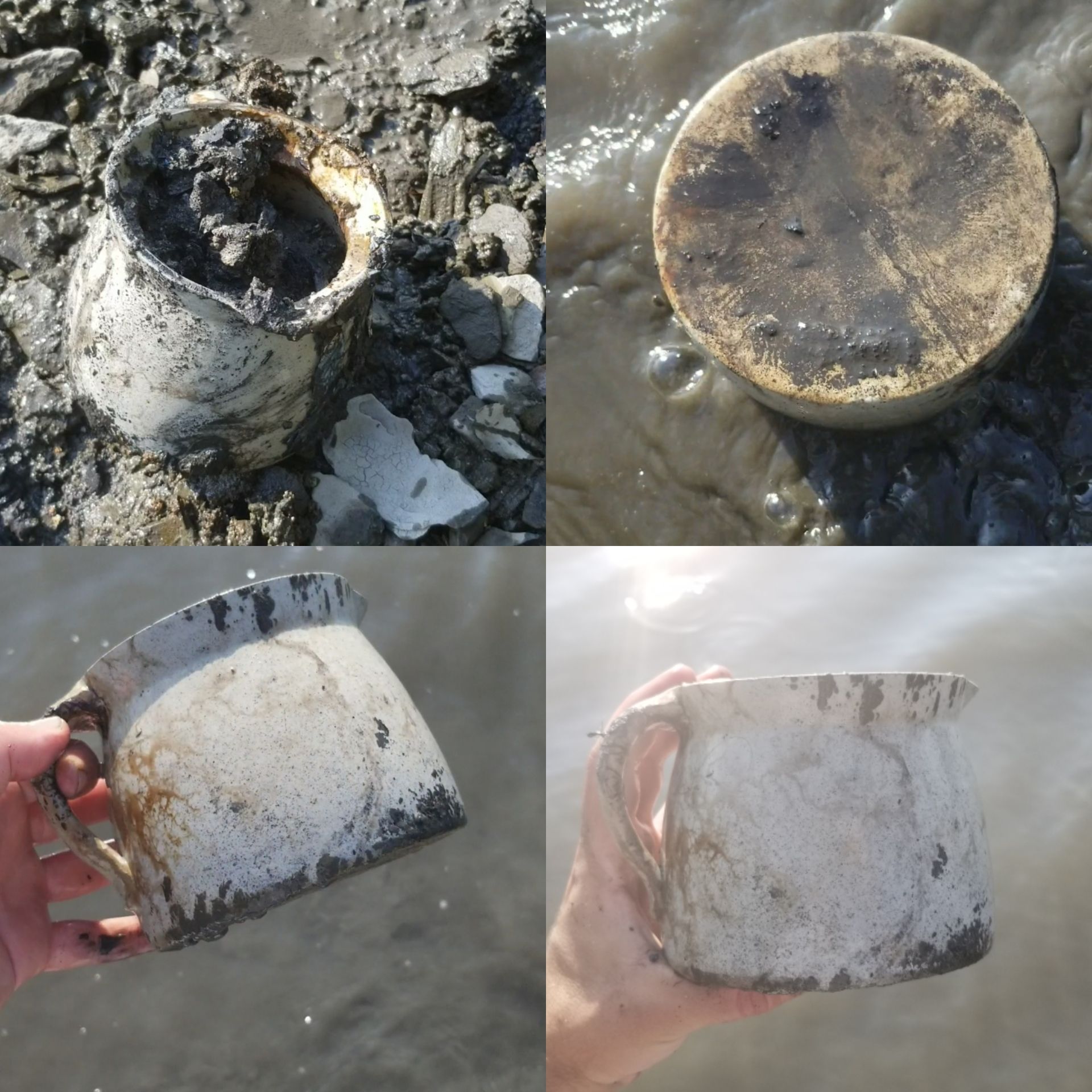 So I decided to stay in this area and dig some more. I litterally just started digging and immediately found more things. Here are individual images of some of the things I found, these all came from the same hole (I use the term 'hole' lightly as it was more of a gigantic expansive trench): 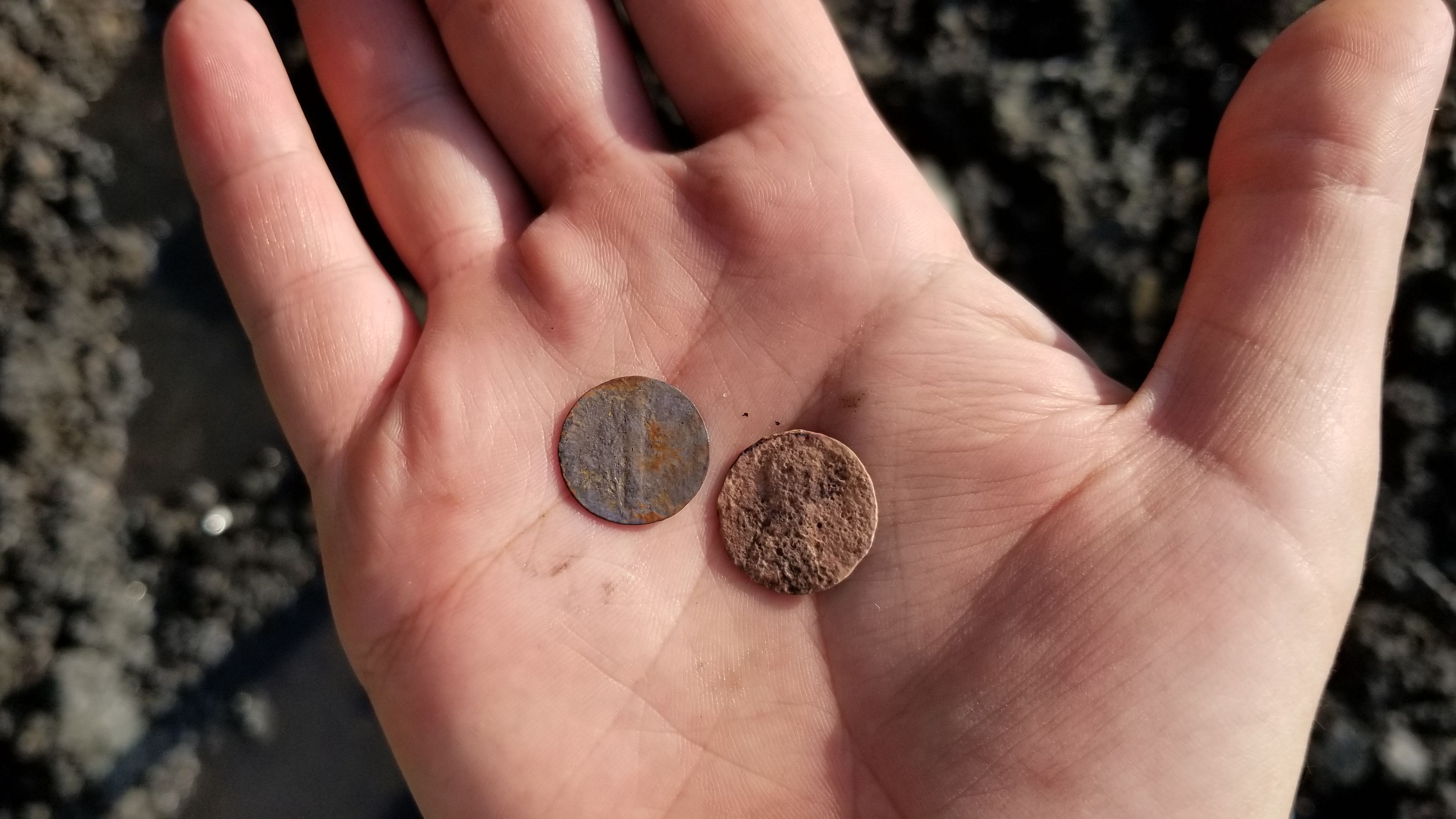 These two coins were among the first finds, a 1916 Mercury dime (regrettably it is razored from 100 years of salt water exposure), and a wheat cent - date unknown.

A newspaper fragment from "World Magazine April 6, 1---" you don't know how disappointed I was to have been sooooo close to getting a year off of this. If the paper was just a centimeter or two more intact I would have known. I did see a fragment of an ad in the paper that said "inquiry by telegraph", so it's at least from the time telegraphs were still in use. And there was an image of a woman with a very big hat - a style that was more akin to the pre-WWI era. 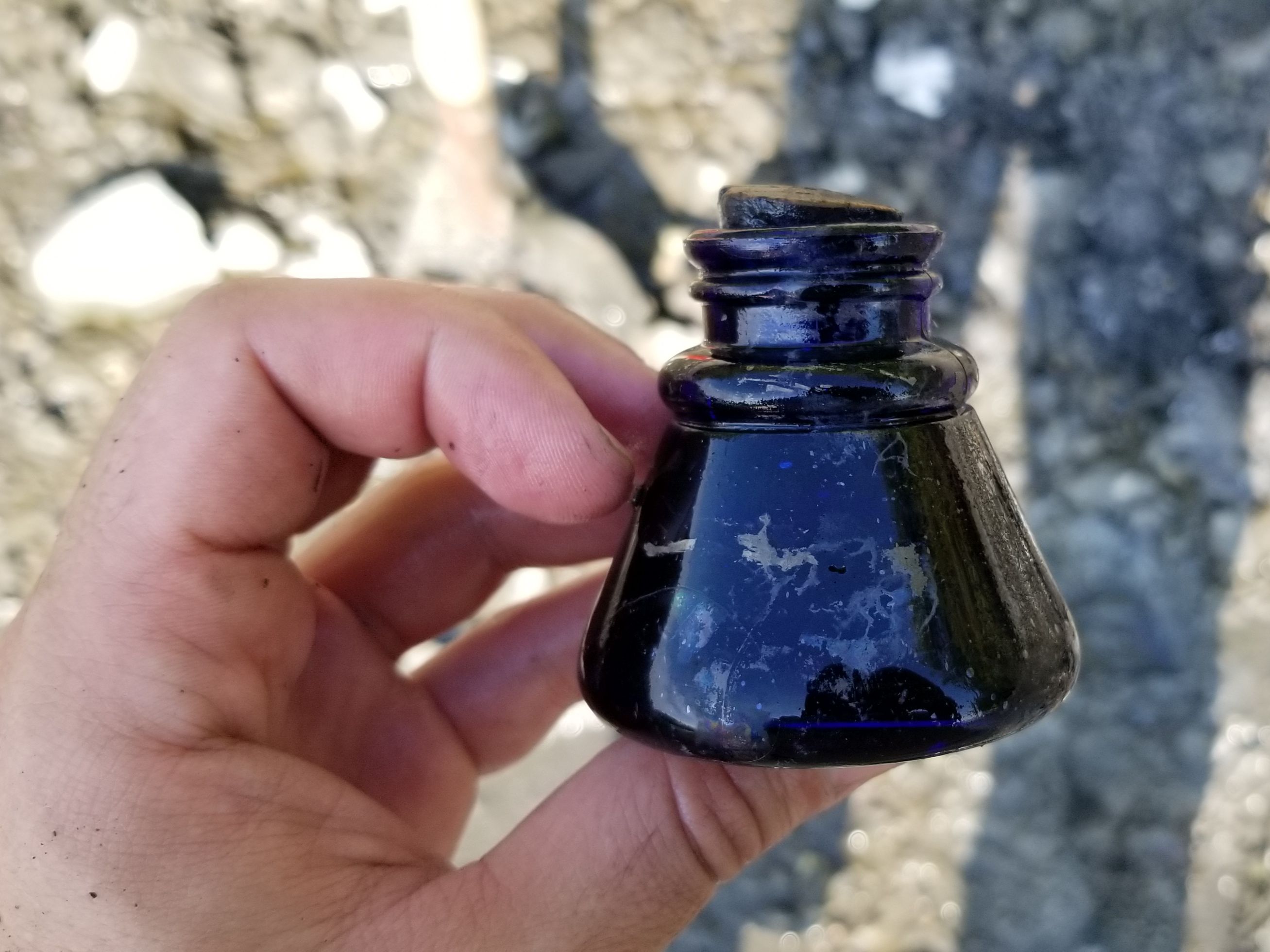 A still-corked cobalt blue "1 1/2 oz" inkwell. Later at home... I discovered that the ink, though somewhat waterlogged, was still inside, and my mom used it to write something. I decided to put the ink in a shallow dish to evaporate the excess water so it can become more concentrated - then I will put it back in the inkwell and cork it again. 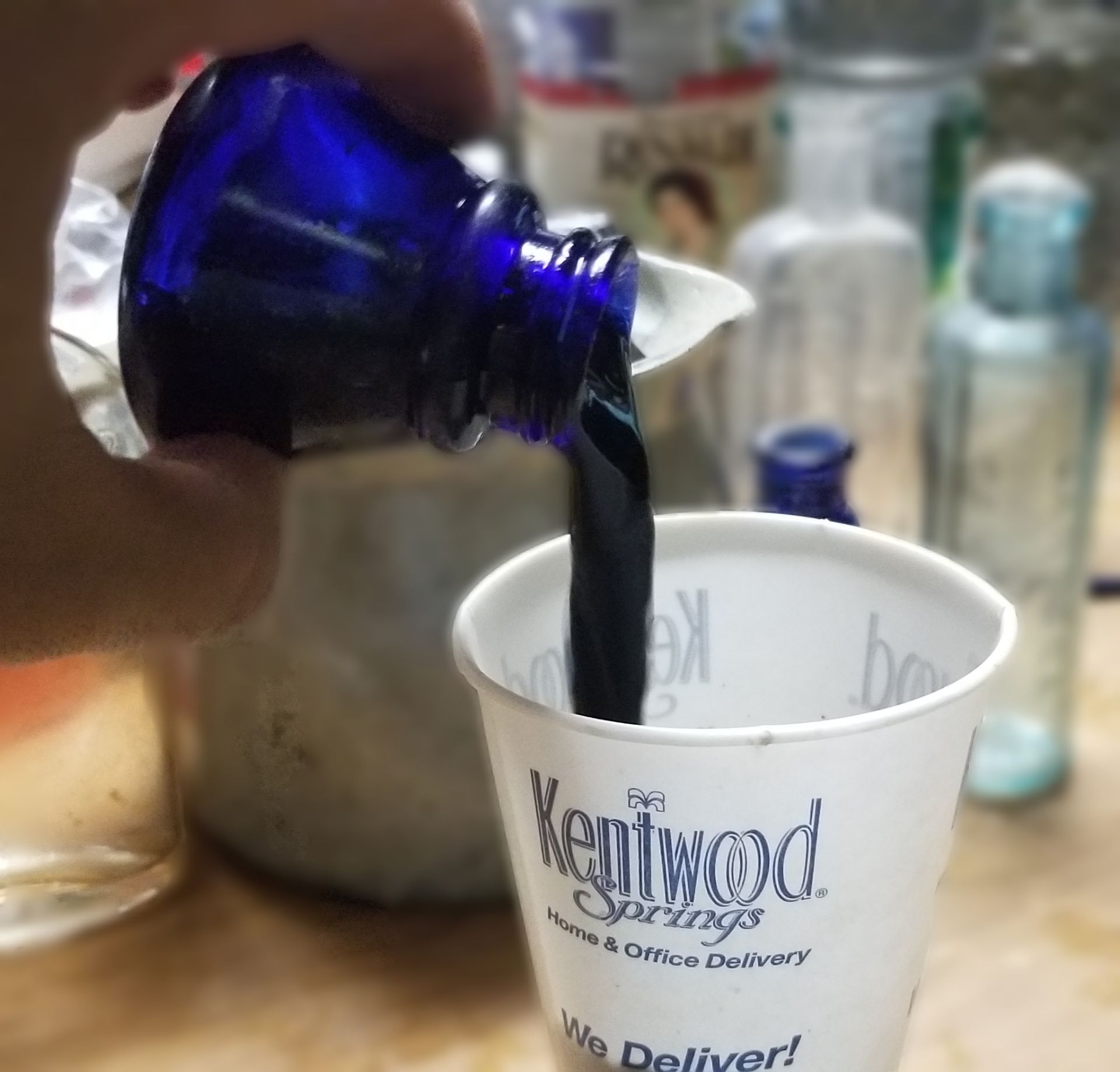 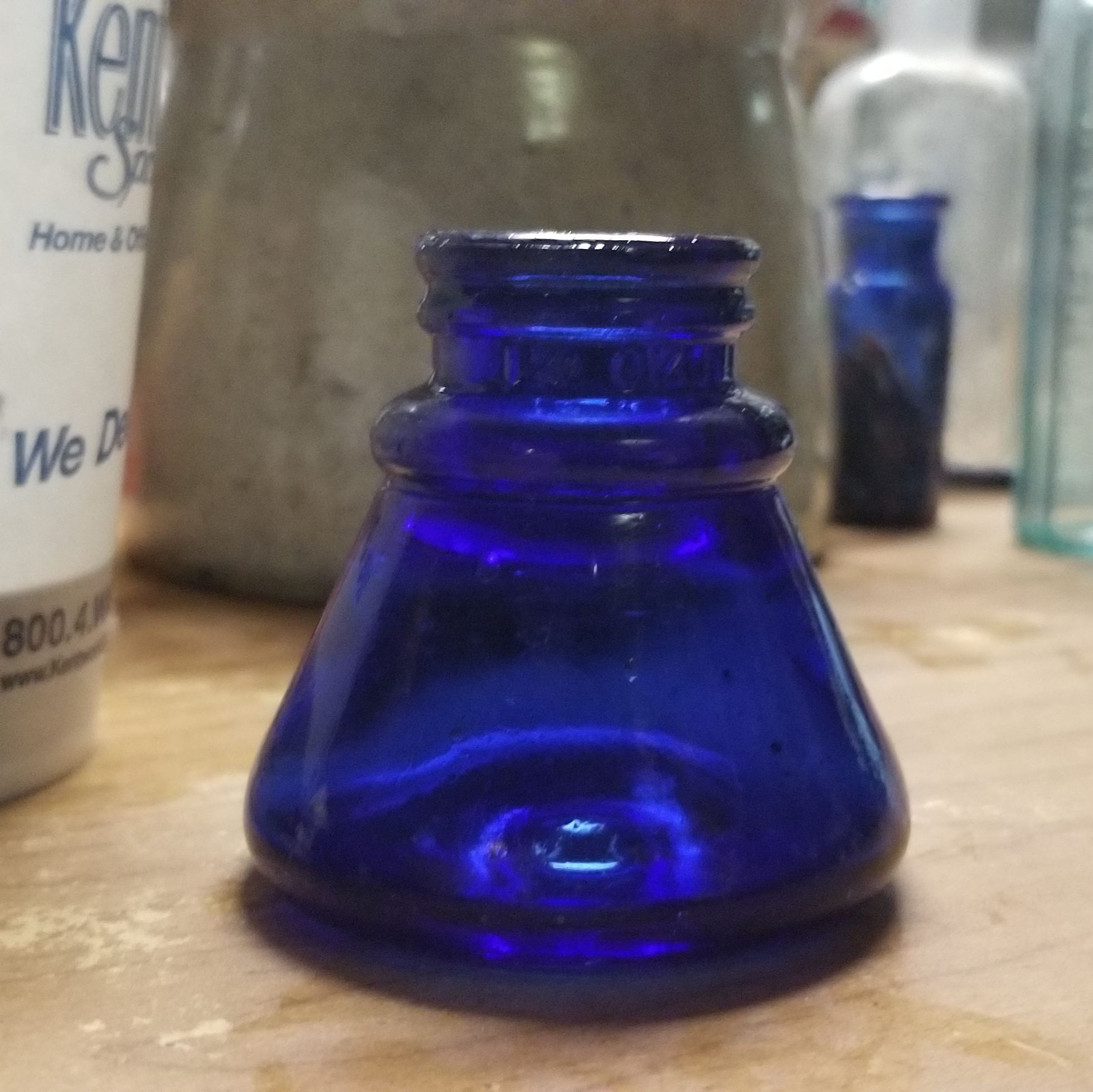 Next up is this Sloan's Liniment bottle. I've found similar bottles before but never one that included the words, "KILLS PAIN" I thought that was kinda cool, this bottle is 3Fl ounces and machine-made.

A hand-tooled Carbona bottle by Carbona Products Co. It is a 10-sided decagon in shape. It came with a cork and still contained a smelly remnant of something inside that I dumped out. I kept the cork and it's being conserved for later reuniting with the bottle.

Here's a nice hand-tooled bottle made by the famed Whitall Tatum Co. for a pharmacist named Richard J. G. Doelger. The bottle indicates that he ran an apothecary at 92-Eight Ave., N.Y.

I believe this bottle say, "Dr Kerkolh PARIS". It appears to have once had a glass stopper. The top is hand-tooled.

This is just a stunning glazed ceramic marble. It has three white dots on it from the tripod it sat on while being fired in the kiln. Some lucky child either had wealthy parents to afford this or some good skill to win it from some other child. This is probably the coolest clay marble I've ever found.

Here's a very nice hand-tooled strap-sided Warranted whiskey flask. It says "5 OZ" under the "Warranted" but is difficult to see. This is the thinnest flask I have ever found - it is only an inch thick, very concealable.

A broken Horn and Hardart saucer. Wish it was intact, the Horn and Hardart automat was essentially a fast food resturant but before fast food was invented. Everything was automated and you were trusted to return the plates and silverware on the honor system. This peice was made in Beaver Falls, Pennsylvania.

I also found a bromo seltzer bottle, with the cork (and still with some gooey bromo seltzer residue inside), a W. Rogers fork, and a wooden hairbrush still with the bristles that I deemed too nasty to take - though I did stash it somewhere safe. I also found many blank bottles, beer bottles - one from the Lion Brewery, ceramic jug fragments (kept these just in case I find more to piece them back with but they're pretty small fragments), also found a cobalt blue poison bottle but it was regrettably cracked and wasn't the kind with a skull or anything that interesting on it. And that's about it.
Upvote 29
OP

KeyaPaha said:
The oldest I can find for Charles H. Selick is an 1880 New York city directory. His perfume business was at 38 Whitehall, New York, New York. The latest directory I can find for him is 1917. Between 1880 and 1917, he had his business' at various locations thru NY and the Bronx.
Click to expand...

Alot of evidence indicates this site dates to 1917 at latest and this is another bit of evidence to convince me of that. A dime from 1916, a bottle of Pickman's Chocolate (a company that only existed from 1910-1917), and now another bottle from 1880-1917. This coupled with the newspaper fragments depicting women's fashion of the time perfectly in line with the WWI era and prior. The crazy thing is I have barely scratched the surface of this place, and 1917 seems to be the cutoff year. Excellent research! Hopefully I will be able to go back to the site soon for more recoveries and untangle the mystery of it further.

I'd this a meteorite?

No idea what this is