Those clowns are from where I grew up. Such embarrassments. If people stopped tuning into this trash maybe we could get real programming back. I get that garbage like this is cheap to produce, and it appeals to the lowest common denominator, but bring back real programs. It's pretty sad that I have to subscribe to a documentary/educational streaming service because the networks are catering to the dregs.

Been watching SOME of the show "Alone".
M

Yes it's interesting, but it falls victim to the same pronouncements that everyone else makes.

"There is no treasure at the money pit," He has proven a negative, without evidence of absence.

" He said there are also other sinkholes nearby, which further shows the so-called tunnels and pits are not engineered, as the show suggests." Agreed that there are natural caverns and sinkholes. But clearly some old man-made works went from Smith Cove through the Uplands area.

"That could be logging, farming, military operation, even shipbuilding and repair. To me that's the treasure." I suppose loggers discarded their old logs into a pit during their lunchtime breaks, leading to the original find and story at the money pit.

I believe I proposed and posted that as my opinion sometime back in 2013 (first season of the TV show). ;-)

AARC said:
lol... Mel's quest was based on something a little more than legend.

It was based on empirical... documented facts.

Mel Fisher was just like everyone else-------hunting at the wrong location until Eugene Lyon gave him information from the Archives in Seville, Spain.
S

MikeN said:
Yes it's interesting, but it falls victim to the same pronouncements that everyone else makes.

"There is no treasure at the money pit," He has proven a negative, without evidence of absence.

" He said there are also other sinkholes nearby, which further shows the so-called tunnels and pits are not engineered, as the show suggests." Agreed that there are natural caverns and sinkholes. But clearly some old man-made works went from Smith Cove through the Uplands area.

"That could be logging, farming, military operation, even shipbuilding and repair. To me that's the treasure." I suppose loggers discarded their old logs into a pit during their lunchtime breaks, leading to the original find and story at the money pit.
Click to expand...

The suggestion might be that a sink hole opened up at one point in the past and that it was backfilled in such a way to support it from further collapse (in the case where it kept collapsing).

It's an explanation for a story that no one has any proof of, though. That's what I find a bit troubling. What we are treated with here assumes the stories of pits and vaults are true and that they have an explanation. The reality is that the only truth we have is that we are dealing only with accounts of searcher activity. There may not even be an original pit, just the search for one mythical alleged pit. There's no documented evidence of anything happening at OI that predates 1858. It all comes rushing out into the cultural narrative in the form of contradictory accounts after the death of John Smith (original lot 18 owner). As early as 1861 it seems to exist as a complete legend which encompasses many of the details that Thomas Haliburton wrote about a search for treasure in Chester Bay ca. 1840. The fly in the ointment here is that this all coincides with a period when closely related wildcat property speculators are selling shares in a venture that was described in the time by some who got conned as being fraudulent. One of the characters implicated here went on to sell shares/land in an alleged Cape Breton coal bearing property. Caveat Emptor. I think the attempt by the geologist is somewhat naive. He's starting with a legend and he fails to make that point. It is one possible origin story for a original pit.

A2coins said:
Shocker they have spent more looking for something than the value of what they might find which they wont find
Click to expand...

Heritage Wind and Gas is their company in Nova Scotia

They find out that Francis Bacon, of the New King James Version of the Bible was responsible for the Nolan Cross and burying stones in specific locations, and meet the man that decoded Shakespeare's hidden star maps and ciphers in Season 1, but decode to compliment that with banishment from the island and then to bring in Hutton for the entire Season 2

See the games being played yet? 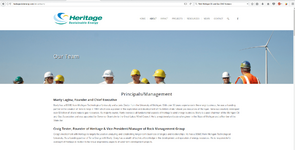 They plan on somehow "creating" Heritage apparently with their excavation of the same old backfill? or are they tapping into it testing the area for soil samples to study it for resources? See how much they took apart the preserved areas they claimed that they wouldn't touch as it was to remain a Special Place on the UNESCO Registry when Petter Amundsen found this Revelation. When he proved it that meant their entire push to the govt on shotty info and suspicions were thrown out of the deal they made to hush hush with them.....bribed locals then claiming that the "Sword Of Destiny" was found on Oak Island, etc, and seasons of public embarrassments became the growing trend pushing theory after theory. 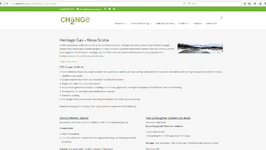 But you see what they were after 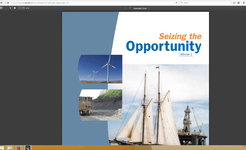 They were even scamming their own local govt in Michigan out of dividends on Oil and Gas Fracking that they were supposed to report based on the amount they harvested, as part goes to the Natives there, but that slid from history as this took it's place

Also to note that J Jovan Philyaw, AKA Hutton Pulitzer basically was the first person that was investigated for the use of a technical tool he created that would "Data Mine" information from your web traffic and other caches on your cpu with his "invention" called the Cue Cat

This lineup, along with their other cult classic stars like Scott Wolters (the man that examined the Concrete Residue for Evidence of Explosives at the Pentagon on 9/11) seem to have their own part to play in this fiasco....and there are numerous media spun agencies involved in the behind the scenes promotions like Huntbridge.....booking these guys 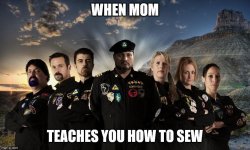 Stealing the show and playing a fool is the name of their game as they data mine yours for what you got, IMO.....

We saw their Curse of Confederate Gold then taking a stock in everyone's interest in the numerous other treasures in the South, and during their screening these production companies were handed the maps and photos and info behind the applicants that make up the guests in their shows, but some are not made into big shows, and the info is then in their hands concerning a dozen different real sites. They make up a BS show, and low and behold something behind the scenes is happening to rob someone's gold with the Feds or the Military.....the theft of Finders Keepers' take in Dent's Run was something that happened DURING these shows so don't forget that the FBI ran off with that one....these guys play dirty behind the scenes......

Nauseating example of stolen valor. What a worm. 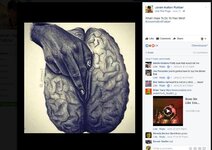 You can see what the Commander is thinking about in his posts online....

Claims this is "What I hope to do to your mind" ?

Unlike most of you, I believe the story including the money pit which was destroy. If the story is not true, who dug the tunnels and why?

They see a bunch of choppers flying overhead and then have to rush to get er done.....

Wonder if the military will grab it up from them or are just curious to see if they are following permit.

I predict that episode 323 another railroad / ship spike will be found.
S

Honest Samuel said:
Unlike most of you, I believe the story including the money pit which was destroy. If the story is not true, who dug the tunnels and why?
Click to expand...

You believe what story? The "story" as you know it has been pieced together by bits of newspaper clippings and uncorroborated anecdotal claims made more than 50 years after the alleged fact in the 1860s.

There aren't any flood tunnels. Restall confirmed that for you on the ground. The original money pit as it has been described likely didn't exist either. All that exists is searcher activity trying to locate the alleged shaft of stories. The best evidence of that is that it first took on the precise details of a shaft found in another mystery, that of Enoch's shaft and vault with regularly spaced platforms and a stone with mysterious characters on it. Similarly, the "7 must die legend" is a variation of the 7th King must die for the 8th King to appear and for deserving men to receive their heavenly treasure legend.

If you read carefully to determine when exactly one is given the fully synthesized OI story you' ll notice that there's no such time. It's crafted from very discrete events that all have some symbolic detail which have apparently made it to you conserved when nothing else computes. An example of that is the alleged happenings of 1803-1804. No evidence survives whatsoever to confirm this ever happened, but at the same time the little bit of mention we do have of it delivers us a treasure trove of detail that allows one to know very well what this "money pit" is described to be like. in other words, never mind any important source info, just go with the description of the hole, it's depths and contents. It floods when the searcher gets too close to the inner chamber and the walls cave in on themselves secondly to bury any hope of ever reacting it afterwards. So it was with Enoch's shaft.

A Nova Scotian, Thomas Haliburton described the symbolic basis for this story in an allegory he wrote in the mid 1840s. That account predates the first bits of the OI story the public are given in the newspapers by almost 20 years. It's highly unlikely Haliburton new secrets about Oak Island. By all appearances it would seem fraudsters exploited his work and fished details in a mystery they retold to the public. Halliburton associates it with Freemasonry crafted stories. That's where you get the cross pollination from the stories of Biblical origin. Enoch is important to some branches of Freemasonry. The treasure in that sense is your salvation. If you try to pierce the mystery of Enoch's vault you will fail in that story. Most of the stuff on the island has a geometric Pythagorean flavor, also of masonic inspiration.
E

AARC said:
I predict that episode 323 another railroad / ship spike will be found.
Click to expand...

...or until Diana Jean Muir writes AKA "discovers" "THE LOST JOURNALS OF THE TEMPLAR de VILLIERS" in an croaker sack in South Carolina.
B

I only watch it when there is nothing else on.

AARC said:
I predict that episode 323 another railroad / ship spike will be found.
Click to expand...

Interactive Map of ghost ships and dead pirates from the Oak Island area.