Winnemucca is the only incorporated city in, and is the county seat of, Humboldt County, Nevada,​

The only problem is Butch Cassidy didn't rob the Winnemuca bank.

Tap Duncan and his gang did it for the bank owner George Nixon who was trying to avoid bankruptcy and get elected. Only a small amount of gold was taken from the vault for show. The plot worked - the bank was saved and Nixon was elected Nevada State Senator. Tap Duncan went on to own the largest ranch in the country, the Diamond Bar, 1.45 million acres at it's peak.

Often real life is much more interesting than the Washington Post version.

I'll leave present day happenings out so it doesn't get a off topic Political Label.

but just a Hunch told me Cassidy had Nothing to do with This One.
Call it Knowledge of Todays Politics and Media & transferring it to 115 years ago, Doesn't seem to Have changed Things.
it's all in the grift

Do you mind if I ask what your source is for Tap Duncan being behind the robbery.
Thanks

What would that coinage have weighed?
The dreamy newspaper version🤘

Since we know Butch Cassidy was being chased around Wyoming and Colorado by the Pinkertons after the gang's Tipton Wyoming train robbery it couldn't have been him. Who it actually was that did the bank robbery has been somewhat obscured by Nixon's fantastical stories and the desire of Winnemuca to be famous for a Butch Cassidy robbery rather than an inside job carried out for insurance fraud and political dirty tricks.

Initially Bob Boze Bell tipped me to the fact that one of the robbers, Ira Brackett's son Chet Brackett, had stashed a bunch of letters and documents that was discovered by his ancestors when they were remodeling one of the old houses.

The letters laid out the whole robbery, including, who was involved, how they cased the bank, how they planned their escape and how Nixon made the dirty deal with them. More recently Ira Brackett's ancestors, Chet and Kim Brackett, wrote a book that includes the details of the robbery siscovered in those original letters.

The Chronicles of Tap on Amazon.
B

I was familier with the Chet and Kim Brackett book. But the one thing in the book that I have not understood is that banker George Nixon stated that the loss's would be covered and all would be good. In 1900 there was no FDIC, no deposit insurance of any sort, if a bank was robbed, then the money was lost. Tap Duncan may have been involved in the robbery but that statement does not fit and so I have always been a little skeptical of the whole story.

hollARDog said:
What would that coinage have weighed?
The dreamy newspaper version🤘
Click to expand...

Not something that one man is going to carry away
OP

Can a horse carry a 300 pound person? 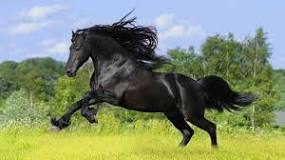 Though there is no set weight limit, few horses can safely carry more than 300 pounds. Some riding facilities will set weight limits to ensure the safety of the horses and riders. The weight limit can range from 210-300 pounds depending on the facility and their available horses. So if one Person took the Time to load a Hundred Pounds on his or an Extra Horse , it would be a somewhat easy Task.


Lets Go ! All we need is a Time Machine & Leather Saddle Bags

Thank you sir🤘 1/2 of what my imagination was thinking 🤠