Same site as the other recent stuff don’t have high hopes but everything is a clue maybe these will be something to someone.
Item 1 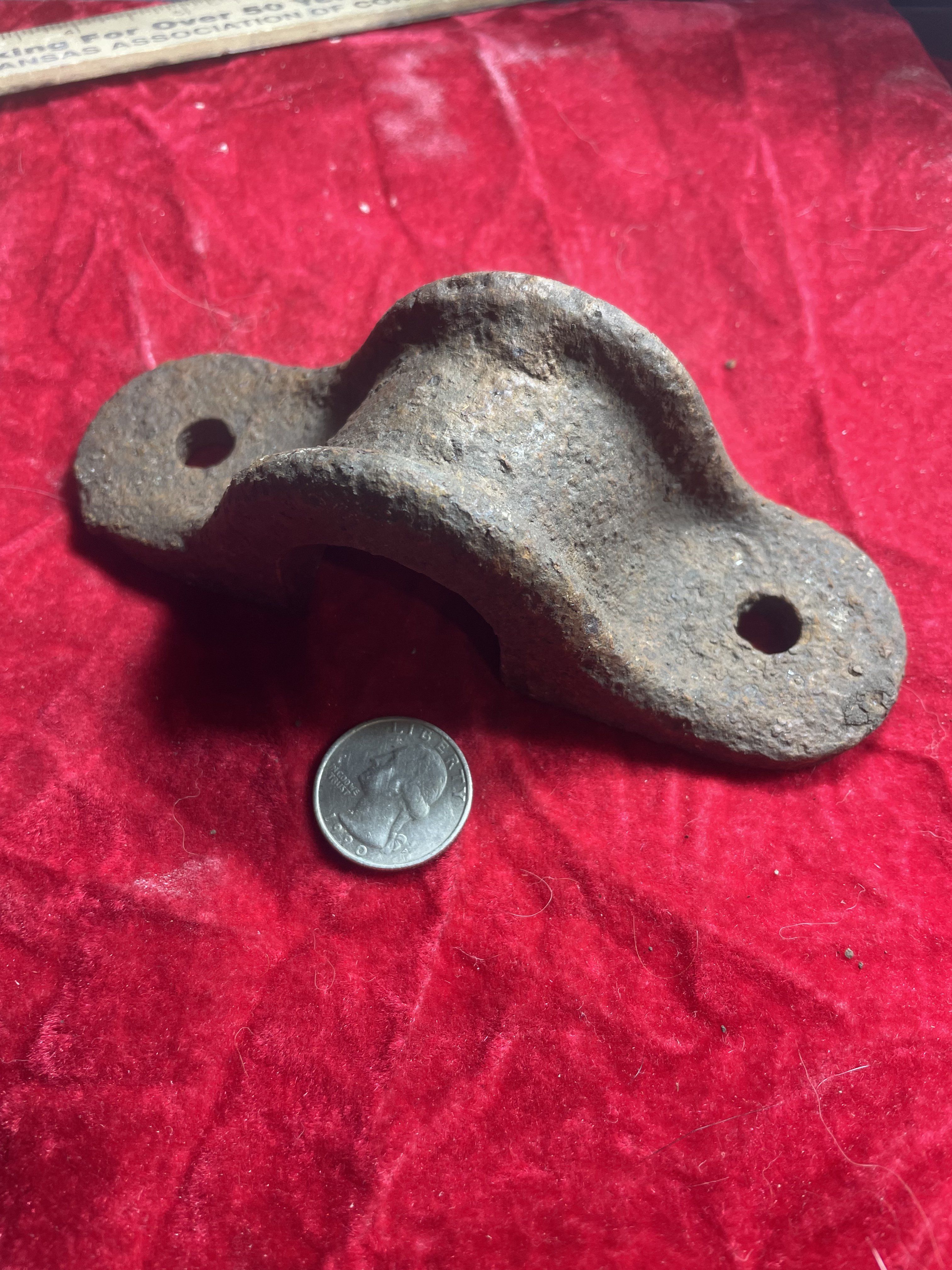 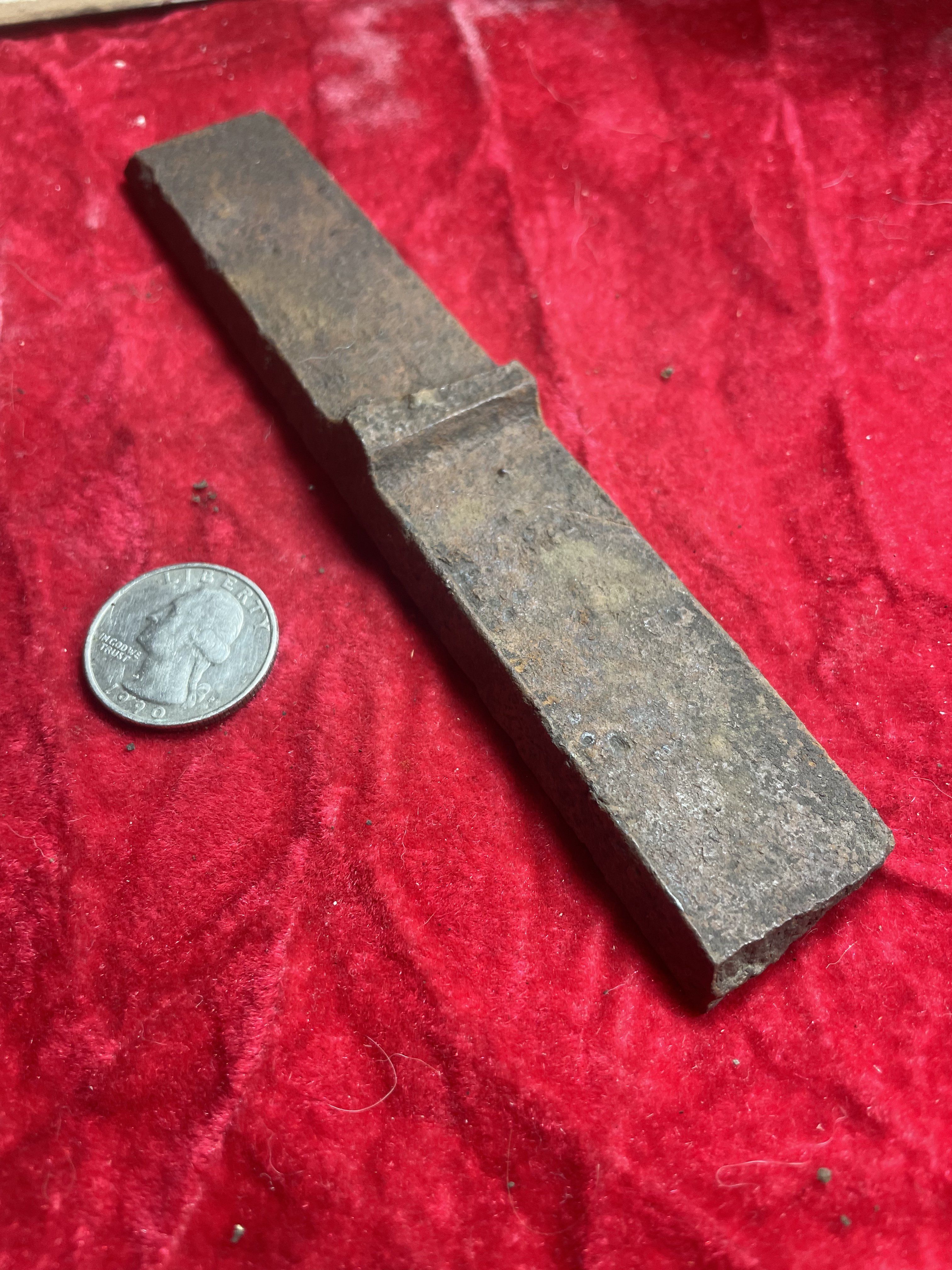 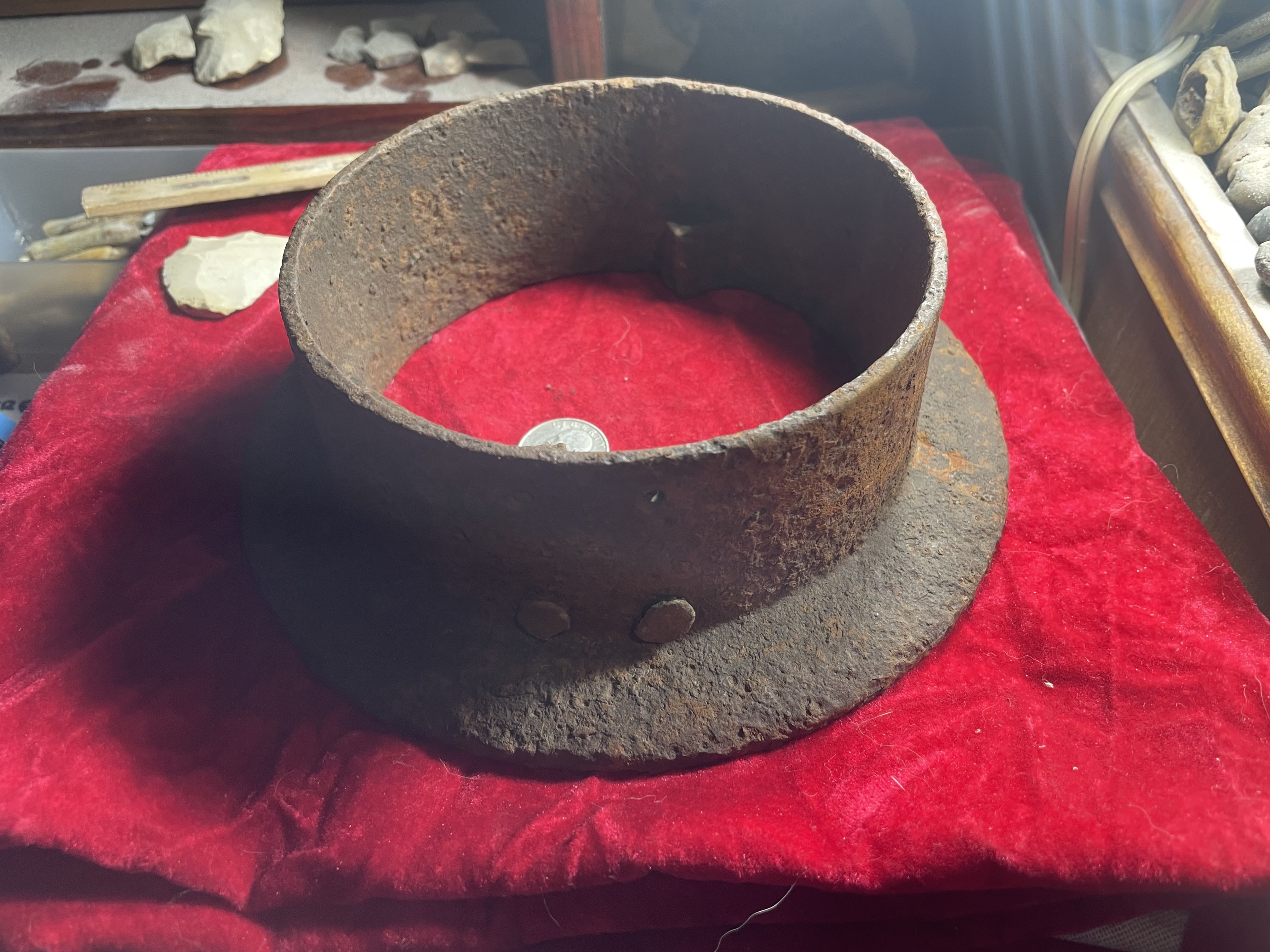 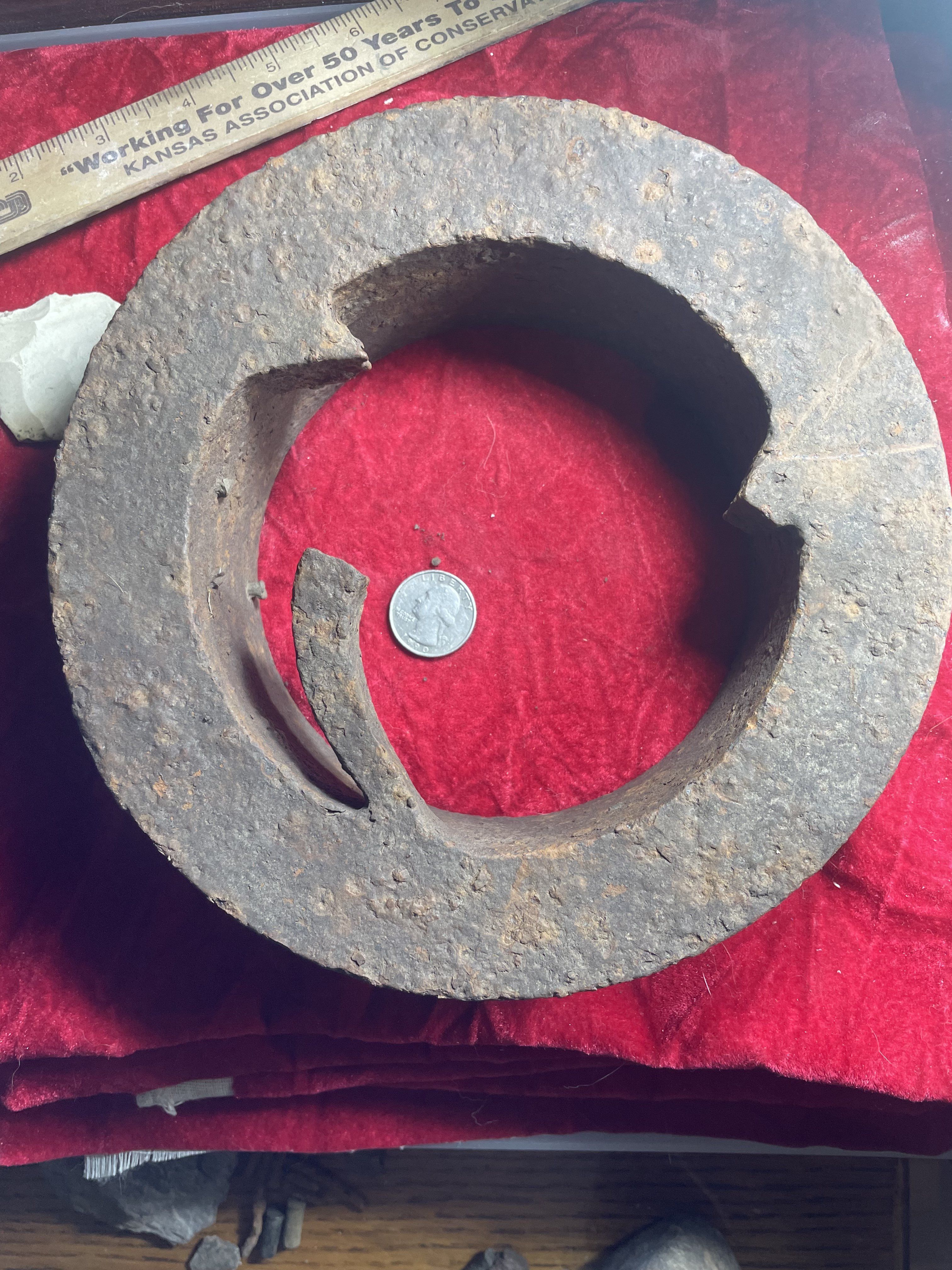 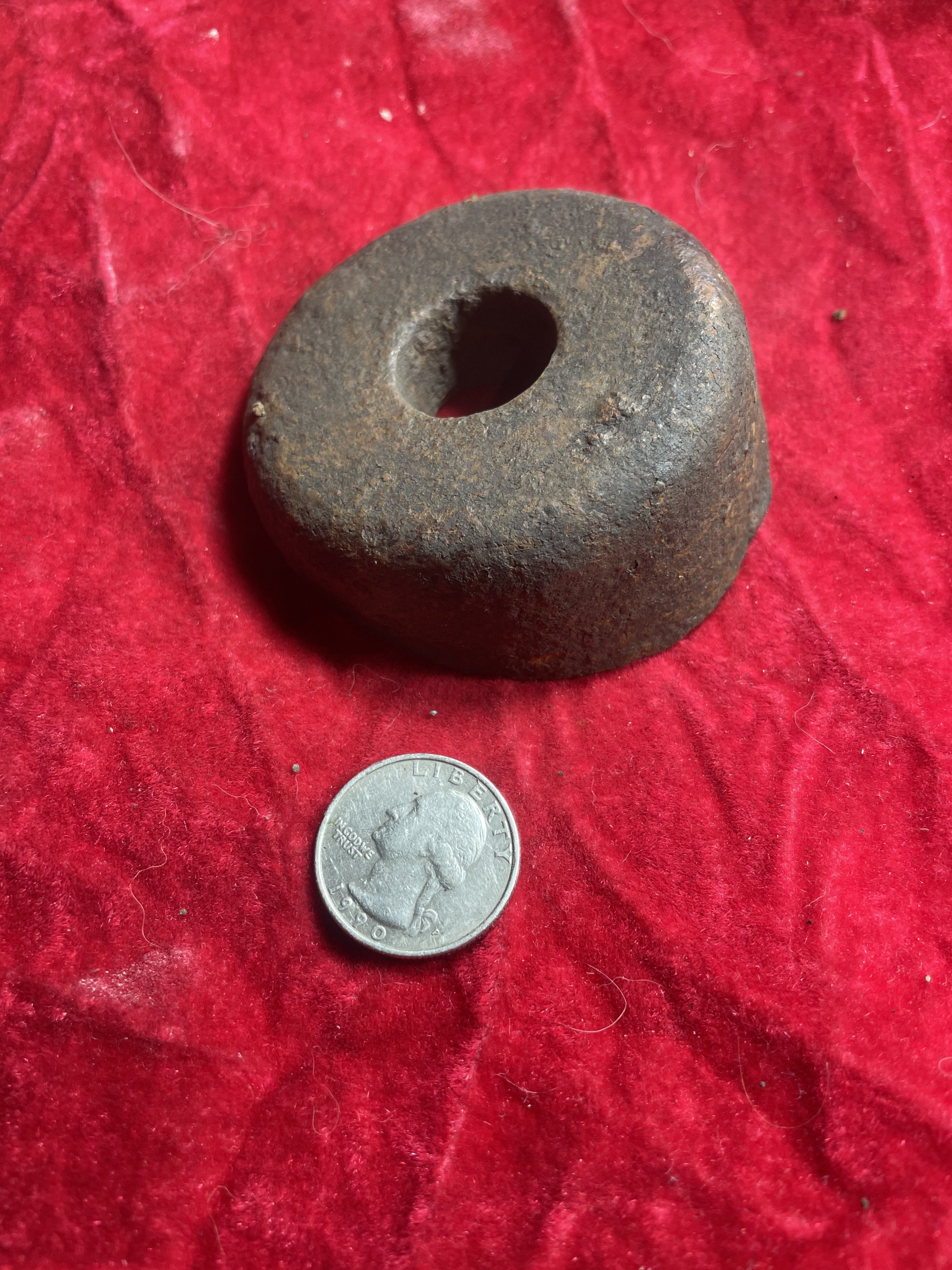 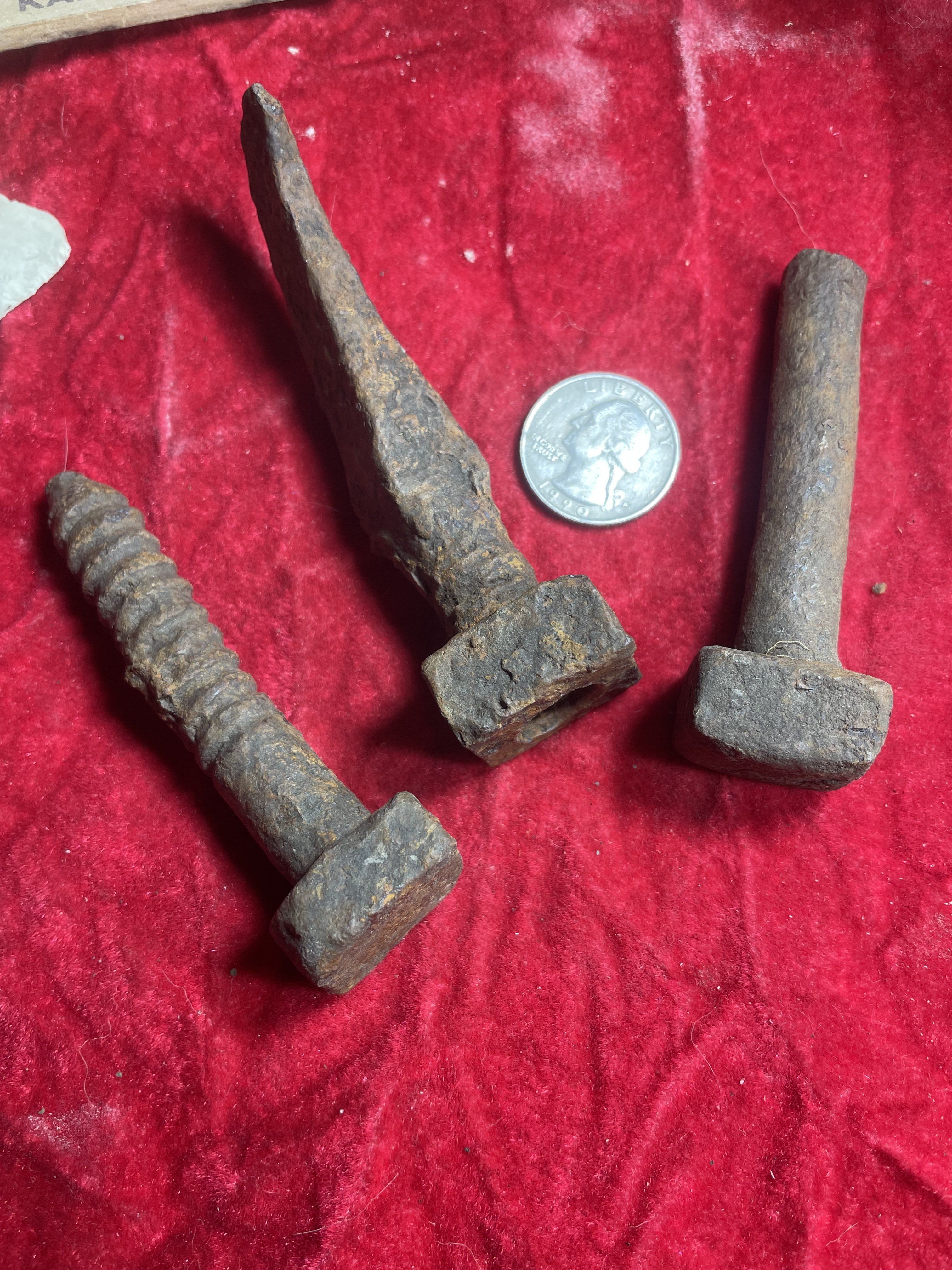 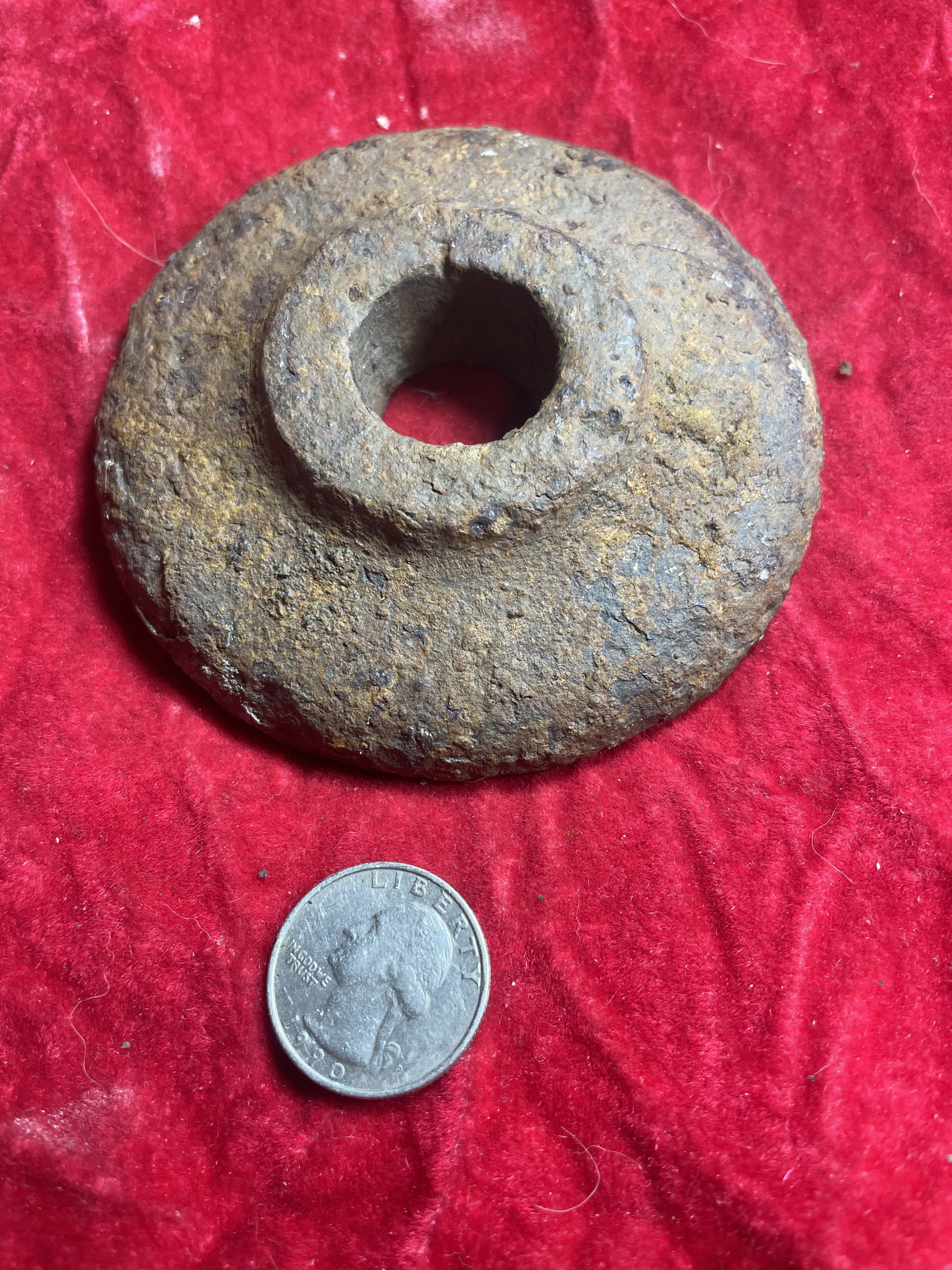 Item 1 looks like it was used to hold an axle or bearing in place.
Upvote 2

Not exact but very close.

Bits and parts of iron are hard to identify when they are completely out of context.

That said, any or all of those items could be from an old tractor or stationary engine with a flat belt pulley drive. 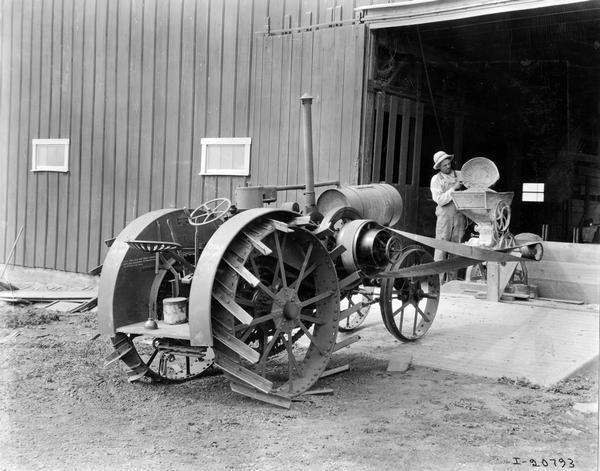 Dc you’re right that was a bit lazy on my part, it’s a spot in a pasture out in the county in Kansas, no known record of a building no knowledge from people in the area of anything being there but clearly something was. A dump has been suggested but I know of several dumps in the area and they are all down in creeks or low spots this is on a hill, the items seem divided household in one area, harness and buckles in another, these heavy iron have their own spot too. Also I think there may be a well. There’s a sort of circular depression with semi stacked rocks and some piled in the middle. I’ve been told my great grandfather filled in a lot of wells for safety long ago. I’d love to solve the mystery about what was there that’s why I’m posting probably pretty mundane stuff… here’s the haul from the holidays looking for clues 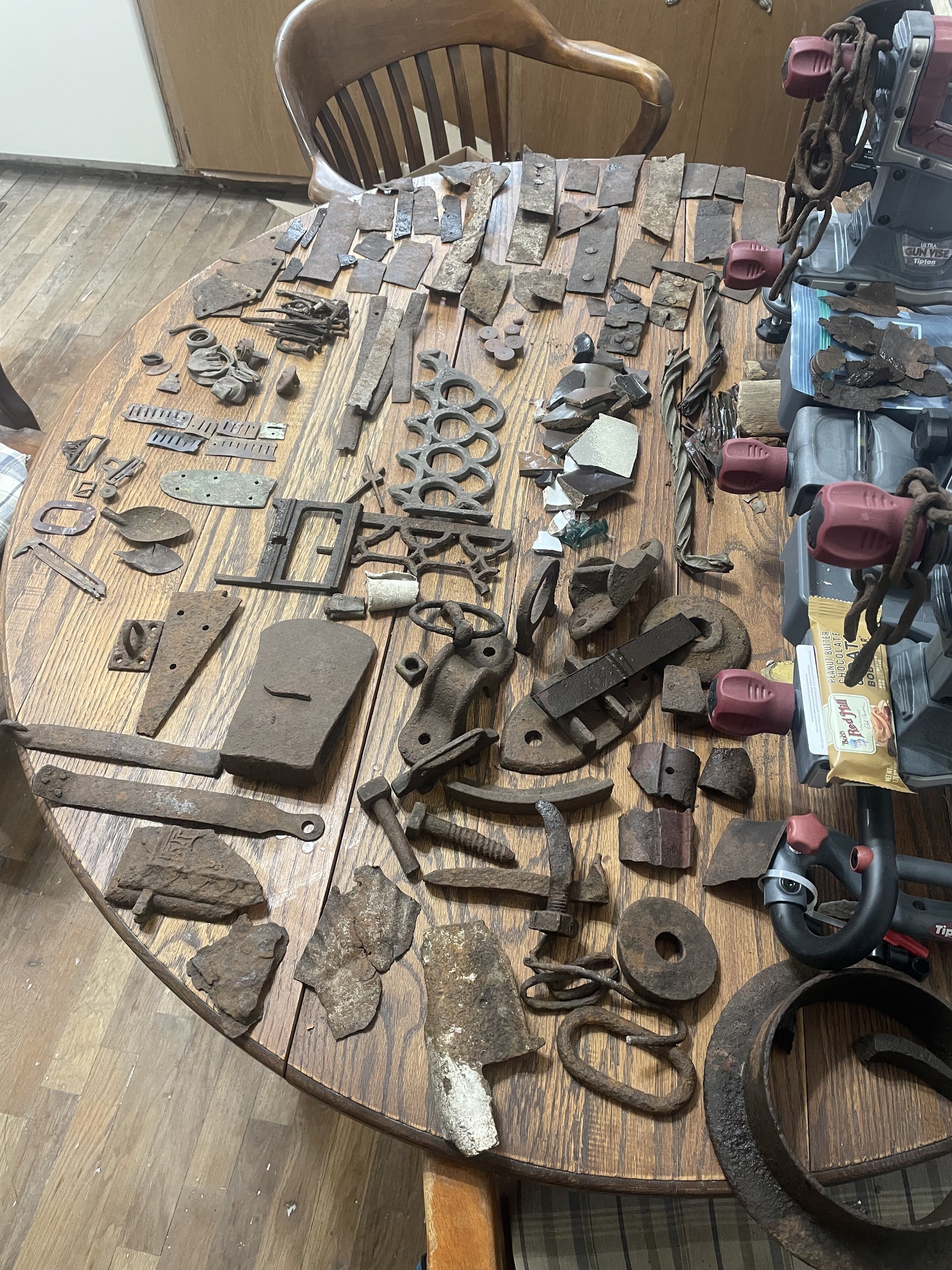 DCMatt said:
Bits and parts of iron are hard to identify when they are completely out of context.

That said, any or all of those items could be from an old tractor or stationary engine with a flat belt pulley drive.

DC Matt is right on!
Upvote 1
I

That is one huge assortment! Some personal items mixed in with household things and pieces of machinery. There is even a mix of square and round nails. Given that certain types of the artifacts are found in certain areas would lead me to think a homestead with outbuildings were once located there. Perhaps too long ago for people now-a-days to remember. If there is a county atlas for that area from the 1800s to early 1900s it may show the homestead. Also, if you look at the area on Google Earth when there was a drought, sometimes you can "see" a submerged foundation because the vegetation above it is stressed (i.e. brown).
Upvote 1
OP

Best I’ve found is 1904 atlas and nothing is marked, there’s older maps but they are either way too zoomed out to show individual houses or more concerned with just marking major features, rivers creeks, Indian villages, school houses.

It’s funny the three items I’ve found that I can date show a pretty big range I’ve got a nw trade gun part which suggests late 1700’s to early 1800’s… far to early for white people and machines, an 1867 coin… which could be right for an early homestead… then round nails that would suggest late 1800’s on… but according to that 1904 map it was gone by then

I’ll have to try google. See if I can see any more clues
Upvote 0
I

Hi Older, good thought process. Finding a wide range of ages is typical. For example, at a site I'm working, where the home burned down in 1944, I've found artifacts dating from the 1700s to late 20th century. A couple more thoughts:

1. After I found artifacts like those you found in a farm field I began to suspect a log cabin or early dwelling had been in that area. I examined Google Earth and found during 2 dry summers the vegetation was stressed in that area. Attached is an annotated picture of that area.

2. Consider using a website called Historic Aerials at https://www.historicaerials.com/viewer b/c is has old maps and aerial photos that may show something. Enter the geo-coords or nearest town then navigate to the location One nice feature is you can do a side-by-side. It is free to view.

My guess on the first one would be Clamp for holding a pipe or piece of conduit. The rest I would say is a NICE BUNCH of WHATCHAMACALLITS
Upvote 0
You must log in or register to reply here.

Any one know about this relic that I recovered here in Illinois, its made of brass and about 3" long