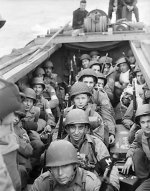 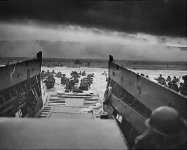 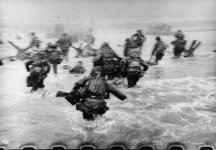 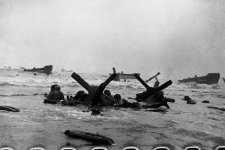 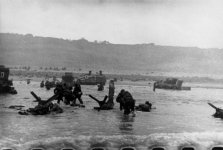 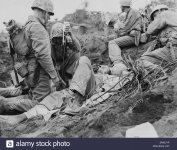 [The cemeteries, immaculately tended as they are, bringing order out of chaos, provide a peaceful resting place for men whose deaths were violent and sudden, said Brigadier David Baines, veteran of Gold Beach, who addressed a simple service to commemorate "the Gunners", at the Royal Artillery Memorial at La Breche. "I think that is so important to the families," he said.

It's what has kept Gordon Smith, a Sword Beach veteran from the Royal Engineers 90, coming back. Even though at times he finds it overwhelms him. He sat, eyes welling until tears streamed as The Last Post sounded. Emotions raw, he bowed his head. "Those poor kids, running up the beach," he said. "Just 18 or 19-year-olds."

He feels ashamed, he explained, because he was forced to hide behind dead bodies. "We were told we had to survive, we had to kill or be killed." But the memories of those bodies refuse to leave him. "Coming here, it just reminds you. It reminds you of so much," said Smith, a retired engineer from Newbury, Berkshire, who fought in six countries with the Royal Engineers, ending up in Singapore.

Dabbing his eyes with his handkerchief, he added. "We did what we did, what we had to do. This is the final time for me. I am not coming back any more. It's just too much".]

https://www.theguardian.com/world/2...emotional-return-normandy-beaches-70-years-on
You must log in or register to reply here.

dentures for the va