Franklin, you had posted that story before about the metals that melted...just looking at melting points of various metals...silver would not run like that from a forest fire...lead maybe since it's melting point is lower than most common metals...but that would be a pretty nasty blaze to even do that!

KY Hiker said:
Curtis, according to research done in Robert Prather's book Swift was a friend to Washington and was a member of his masonic lodge and at his funeral. The book is worth picking up if for nothing else Prather's research is extensive. Look for the third edition. Good find, the author of the piece you posted proposes a similar theory I tend to share although not entirely. Swift's father-in-law General Roberdeau was in charge of protecting and operating a lead mine in then Western PA during the revolution. Silver is often found in lead deposits, hard to believe that as a coincidence. Also, General Roberdeau was a partial owner in a privateer company that operated out of Philly. Not a pirate but privateer. He later moved to Alexandria... There may have been a larger network of these lead mines being operated on the frontier away from British and loyalist eyes before and during the war that produced silver as a bi-product of lead.
Click to expand... 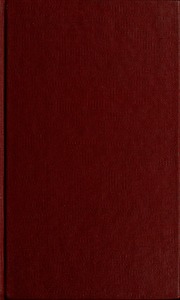 Genealogy of the Roberdeau family : including a biography of General Daniel Roberdeau, of the revolutionary army, and the Continental Congress; and signer of the Articles of Confederation : Buchanan, Roberdeau, 1839-1916 : Free Download, Borrow, and

KY Hiker said:
Considering the level of education at that time a man named Swift could have been Smith with a W inverted to an M and such. If passed on verbally accents alone could have caused mispronunciation. Another thought, 1761 could be 1791 by an inverted 6 to 9. With a generous estimated population of under 20,000 by 1790 in the KY region I find it almost impossible to have two men with same first and last name unless they were father and son. The fact that the Swift of Alexandria who owned lands in KY was the son-in-law of a revolutionary general who was in charge of a lead mining operation is revealing as to the root of the legend (think possible war stories being told). I still lean toward the possibility of a covert operation during the war for revolutionary material resources. Remember at this time salt, powder and lead were the only means for survival (food and clothing) on the frontier. Indian attacks continued into the 1790s at some stations (forts). The populated areas of the state were where ground could be tilled for crops usually along the rivers in the bluegrass region, necessary to make land claims...the Eastern mountain section of the would be state was very sparsely populated until after the war of 1812. Could be that the dates were altered to 1760s to predate the British claims of these lands after French claims? I don't know how mineral rights to lands worked in colonial and in early America...might be worth looking into?

On Swift's relation to Roberdeau

Genealogy of the Roberdeau family : including a biography of General Daniel Roberdeau, of the revolutionary army, and the Continental Congress; and signer of the Articles of Confederation : Buchanan, Roberdeau, 1839-1916 : Free Download, Borrow, and

Hiker that is an excellent post. You are right the claim to the area could have been the reason to alter the date. I could easily see how a name like Smith could turn to Swift as well. Im like you, I believe Prathers Swift is more then likely the heart of the legend. I would just like to figure out how Filson knew of Swift before Swift owned lands in the area. But he could have easily heard the stories around a campfire of Swift in the area before Swift actually bought land.

Land speculation on the frontier was a popular investment to those back East in VA in the 18th century. Even Washington owned some land in KY prior to his death. Not sure how to research land mineral rights law back then, but it may be why or if the dates were changed. There is also the possibility of someone using an alias at that time, because of the lack of law enforcement on the frontier there are several possible circumstances...as of now anyone's guess is as good as another.
You must log in or register to reply here.

Swift treasure markers? Let me know what you think