Hey gang,
I've decided to share this little tidbit. To some of us who have searched deep into the Pegleg Smith story this is not new..But it sure could start some conversation. According to Diane Lindsay in Anza Borrego A-Z pgs 160-162 Juan ( Juanito ) Razon was known as Figtree John. His names means John or Johnny White ( according to Benjamin Davis Wilson because he acted so much like a white man ). He was from the Wantcinakik Tamiansitcem of the Cahuilla Indians and he basically settled on the north end of the Salton Sea. It was here that John would be seen wearing his trademark duds. A tophat, a blue Military jacket and on special occasions, a cane. 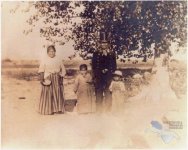 John would say that he was born on Coyote Mt and most likely was from the Rockhouse Canyon clan. He roamed the Santa Rosa's and because of this there were many stories written about him Some say that he had a mine in the S Rosa's. One such story comes from Peter Beidler ( John's biographer ) about a published account from W A Linkletter. Linkletter records a 1912 conversation with H E Marshall ( nephew of James Marshall-gold discoverer ), Marshall said that before Pegleg died He told the following in which Marshall dutifully recorded:
" Pegleg said he had a Indian by the name Juanito Razon, who was afterward the chief of the Agua Dulce ( sweet water ) Tuba tribe of Indians and was known as Figtree John guarding his mine. He was getting old and just before he left he gave me a will to his old Spanish Land Grant on which he said his mine was located. He gave me a map showing the location of the mine and also gave me 1/2 a talisman which he said fit the other half that Figtree John had. By this talisman and a Indian salutation, which Pegleg told me to greet Figtree John with when I saw him, it was agreed between them that the Indian would know that I had become the owner of the land grant and mine. Pegleg said the last time he and Figtree John were at the mine, after taking out about 200lbs of rich ore, they had covered up the ledge ( placer ? ) so no one could find it easily. Figtree John was the only living person that has been to the mine so far as we know. He was sworn by Pegleg never to reveal the location of the mine. Figtree John guarded the Lost Pegleg mine for years.... "

I am a firm believer that there was more than 1 Pegleg. The original Thomas L Smith died in San Francisco in 1866. I don't know for sure this is the Pegleg they are referring to. As to where it might be, I think one has to find out where Agua Dulce spring was first.. I have also read that the trip John took was a 4 day affair ( 2 in and 2 back ). In the book California Desert Trails by J Smeaton Chase ( 1919 ) he recalls John showing him several documents. One of these was from Chief Cabazon giving full tittle to John as captain of the Agua Dulce Tuba village and for him to exercises the same authority as Chief Cabazon. He also had " ragged maps, apparently rough drafts of surveyors. These, he held, made him owner of all the territory shown., running from the last low ridge of the Santa Rosa's ( the ridge was named Hiawat on the map, evidently a word, though John could not translate it into Spanish ) as far as Conejo Prieto or Black Rabbit Peak. " 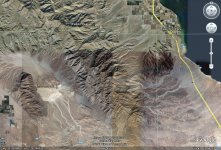 So Possibly somewhere in these hills there is enough gold to last a lifetime... I guess it's time to get crackin' 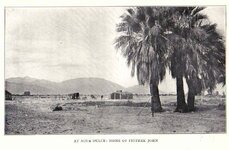 You can see on the their relation to the Santa Rosas and Salton Sea.

Hey Mike,
Thanks, I saw that map before and was told that was the approx location of Fig's place. Remember his original place was taken over by the flooding that formed the Salton Sea. Story goes that he moved and when the survey people came out they tried to tell him he was in the wrong place. He replied that he had been here his whole life.... and the survey people changed their maps...Smart little man... He was flooded out and still was able to convince people that he still had land...There is a article in Desert Mag about a place close by that is rich in minerals... I can't remember which ones, but they said that it was a rockhound's paradise....

You didn't see that particular map, I'm sure

. Maybe sometime soon I can show you the rest, and what is marked on it. Been working on this for quite a few months now.

Hey Mike,
I'm not trying to " upstage " anyone but I've had that map for about 2yrs now. 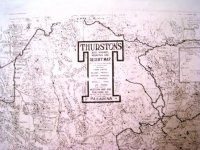 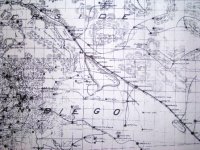 Guess I wasn't clear enough. I meant THIS particular map.

Hey Mike
OOOPPPSSS ..... Sorry No I have not seen That particular map ( but am willing to sneak a peek if I can

I was trying to find out jus where Fig had his spot... So here's a google map with what I " think " might be the spot ( I'm not sure if it's a little N of this spot though ).. 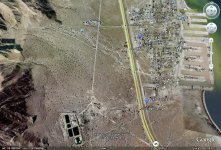 Your startin to get me into all this pegleg stuff, PLL!!

Since this is all in my "area" I guess, I', going to have to start researching it a lot more..

Did you get my reply to your message, PLL?
OP

hey DSR,
yes I did get your message, and I'm ALL for it. My 4runner is in the shop till mon or tues. After that I'll be ready to go. As for pegleg check this post and you'll see just how deep it is...

After you read this... let me know what you think.
PS you may want to grab about 3-4 beers and have ALOT of time ...

as long as you have your old maps out. do you have anything that shows a spring (stage coach stop?) some where a bit north east of oasis? near the cox ranch? the corrals of which were seen sometime around 1937.
OP

Hello Isayhell2u,
Are you refering to Dos Palmas ?? Because that is on some new maps as well..

no im looking for a spring that was short and easy walking distance of Oasis, Riverside County, California, on SR 86
pretty much due south of mecca
M

Is there a club or site specifically dedicated to Pegleg Smith & Fig Tree John and/or So. Cal lost mines? I read all through Gollum's site and I am completely hooked. Don't know what it is about the desert, but it's always had a hold on me.

I'd be interested in starting a club to specifically research and explore these sites as well as the theory that the Big Blue Lead may have dumped into the Gulf of California.

By the way, has anyone read Desert Fever? I just found the report submitted to the BLM on-line in pdf format:
Desert Fever Table of Contents
S


Isayhello2u said:
no im looking for a spring that was short and easy walking distance of Oasis, Riverside County, California, on SR 86
pretty much due south of mecca
Click to expand...

sevenduce said:
and on the inside of the shaft has a engraving on the wall it says "indian john " the shaft goes in two directions about 60 ft
Click to expand...

Anyone of you still searching for this Pegleg/Figtree mine when comming out to the desert ?
C

i don,t know nothing about no stinking treasure,but I love that name,Fig tree John!!! Gotta love it.

I’ll tell you what. Those mountains have areas that are highly Mineralized with tons of Ancient Native trails that are still Visible to the naked Eye. & Yeah that Figtree John name is pretty Badass 🤙🏽
You must log in or register to reply here.