Nathanial Sandler of the Miami Herald interviewed me for his article. Also, if you read the article, Mike Forte is a good friend of mine and a treasure hunting partner. Frank Hudson continues to be an enigmatic figure. Get the book: "The Man With The Golden Sword" by John B. Leith. It will blow you away!

Here's a local (for me) version of this; they seem to all have the same taste:

Seifert wasn't ridiculed by (all) the locals, but he sure did hustle for drinks and money.

The obvious question is, "Why hasn't anyone found any of this - ahem - legend in all the years of poverty and smart tough woodsmen that lived there?"
B

Dell or Salvor6 do you mind if I send you guys a PM? I'm a local, born and raised in englewood/boca area and was curious about the history of a few areas.

A google search on Hudson spit this thread out.

Since this is not that "old" of a thread... I will throw this out there...

I say this because I have had proof of this for over 7 years... accidently through research that did not concern Gaspar at all.

I will also say this as well...

Saying you can and actually proving you can are quite different, my friend.
Tampa Tribune society editor, Mary Louise Dodge, created the Gaspar story in 1904 so Tampa could have its own version of a Marti Gras and local businessmen and developers joined in to promote Tampa through this fabricated legend.

A few years ago I started a Gaspar/Gasparilla thread on TN with a great deal of documentation:

I'm always open to new information. But until I see it, I don't believe the yarn. 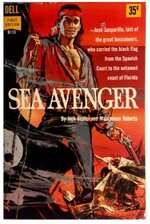 aquanut said:
... back to Gaspariila, as I stated before, he simply didn't exist. Other pirates, yes.
As far as Juan Gomez, he made up stories for the tourists.
He may have had a small stash he used when needed, but that's about as far as it goes.
It appears that he fell out of his small boat while on his last fishing trip. His body was found tangled in the mangroves. He was reportedly 120 years old...
Click to expand...

It's your TV producer friends again...wondering if anyone believes Jose Gaspar has lost treasure in Florida or other states. Any legend of missing treasure that ties to Gasparilla/Juan Gomez?

Hi I must confess I am not Harvest, I am Gasparilla in 1825 I disappeared and retired to the East Coast of Florida so therefore if you would like a story or your TV show I will be glad to sell you one let me know

If you believe that cooper crap. I will sell you my story for the last 200 and some years. I am very old

Harvest said:
Hi I must confess I am not Harvest, I am Gasparilla in 1825 I disappeared and retired to the East Coast of Florida so therefore if you would like a story or your TV show I will be glad to sell you one let me know

If you believe that cooper crap. I will sell you my story for the last 200 and some years. I am very old
Click to expand...

I can vouch for his age. I'm his twin brother...Juan Gaspar...

aquanut said:
I can vouch for his age. I'm his twin brother...Juan Gaspar...
Click to expand...

I thought you were his older brother.

Jose Gaspar just cut my lawn... I told ya he existed.

Salvor6 said:
I thought you were his older brother.
Click to expand...

AARC said:
Jose Gaspar just cut my lawn... I told ya he existed.

Ya gotta quit payin' him off in gold doubloons - you'll start a lot of rumors!

I could read these threads all day lol.
M

Dell Winders said:
I hate to disagree with my knowledgeable ship wreck salvor friends, but I have done considerable field work in the Charlotte Harbor area, and know first hand that a friend (now deceased), and relative of pirate Juan Gomez, was handed down 7 maps showing the locations of treasure caches that Gomez, had buried along a planned escape route to be used if necessary. My friend, and his son's were able to recover 3 of these caches. The last of which was enough to buy himself a modest home on Marco Island.

Another Treasure hunter friend in Texas, Doc Wood, who followed Spanish maps handed down to him, and recovered 10s of millions of dollars in Spanish land Treasures (verified) told me they recovered a chest of Spanish Silver coins on the Island of Cara Pelu at 23 feet deep. He told me where to the side of the mound, and I found the remains of the coffer dam still there.

From what I have discovered in that area, there is no doubt in my mind there was plenty of Pirate activity in the early 1800's and there appears to be some truth to the stories of a pirate named Jose Gaspar. Dell
Click to expand...

I am a ggg grandchild of Juan Gomez could you reach out to me at pirategasparilla@gmail.com

Madame Gasparilla said:
I am a ggg grandchild of Juan Gomez could you reach out to me at pirategasparilla@gmail.com
Click to expand...

Unfortunately Dell passed away a few years ago.
You must log in or register to reply here.