HI all!
So at first I thought the lid liner said "Consolidated Fruit Jar Company " which would make sense. If you look closer at the picture with the arrow, it actually says "Conslidated" because they forgot the O.
I know that the consolidated fruit jar company made lids until around 1907, and that they registered the monogram (CFJCo.) in 1878, but have been using it since 1870. Im thinking this dates back to about 1880's to the 1890's because of the color, monogram, and the fact that it does not say "Masons fruit Jar" which was registered toward the end of the 1890's. Please let me know what you think.

Keep it positive. Thanks! 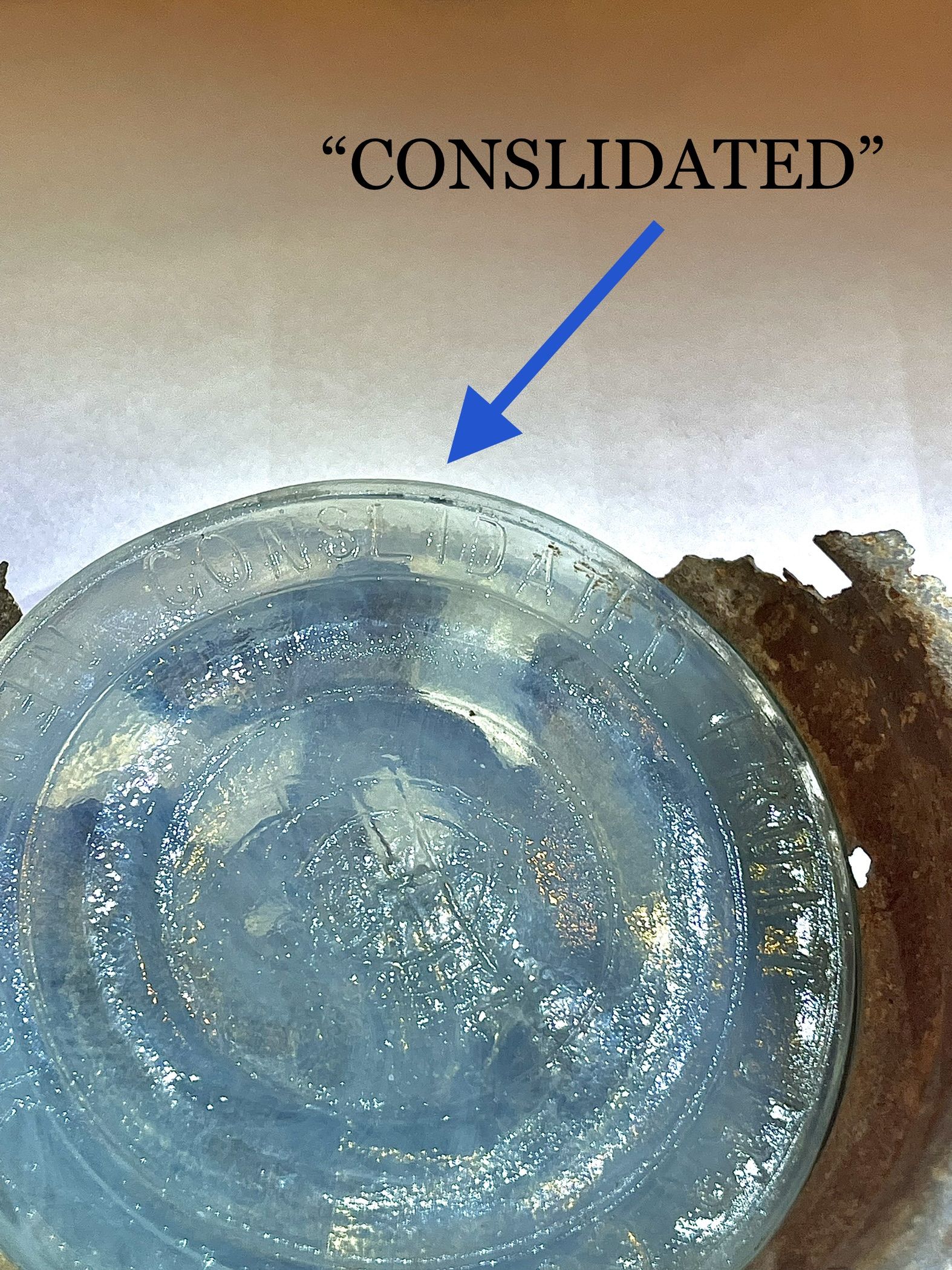 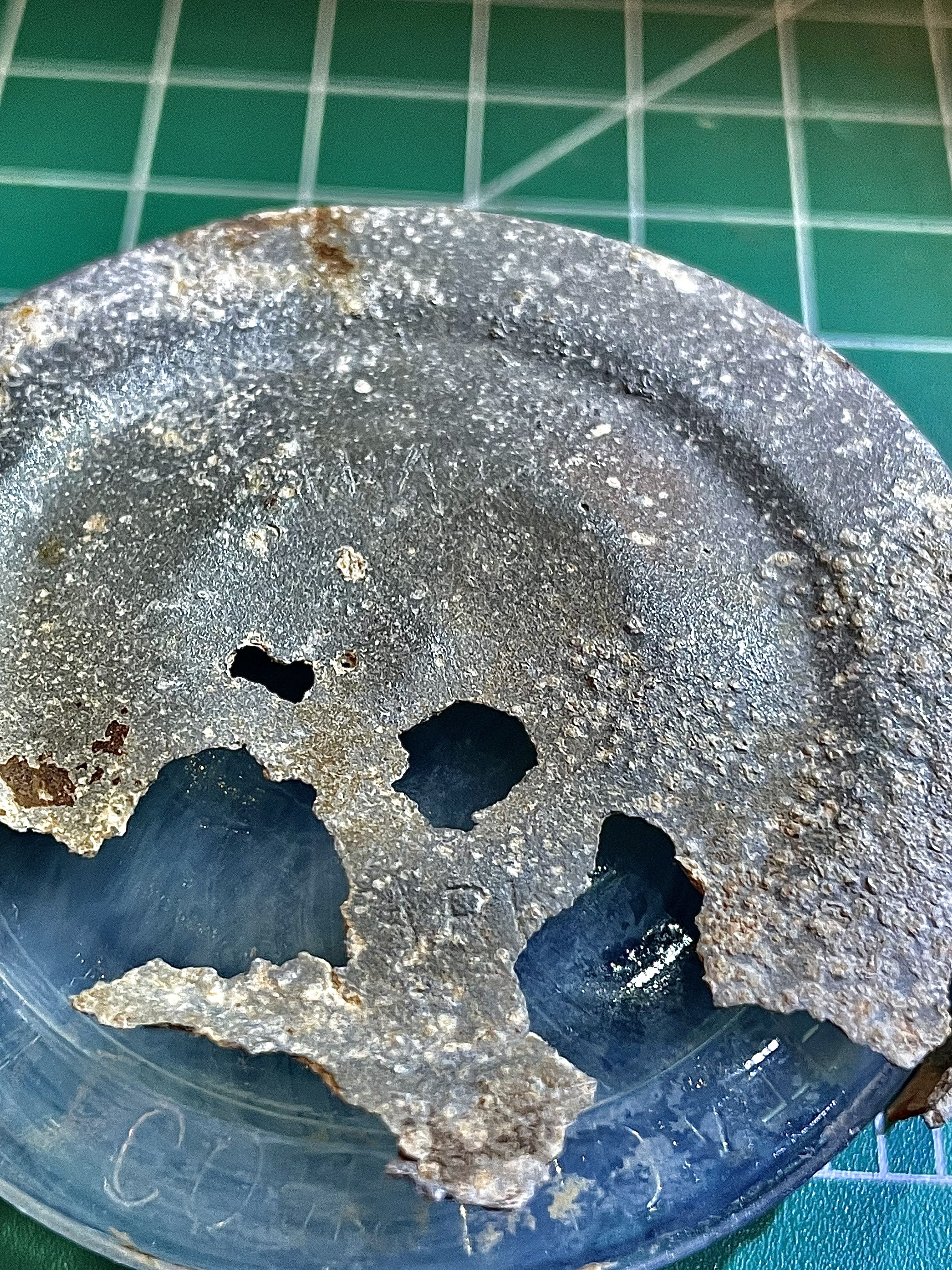 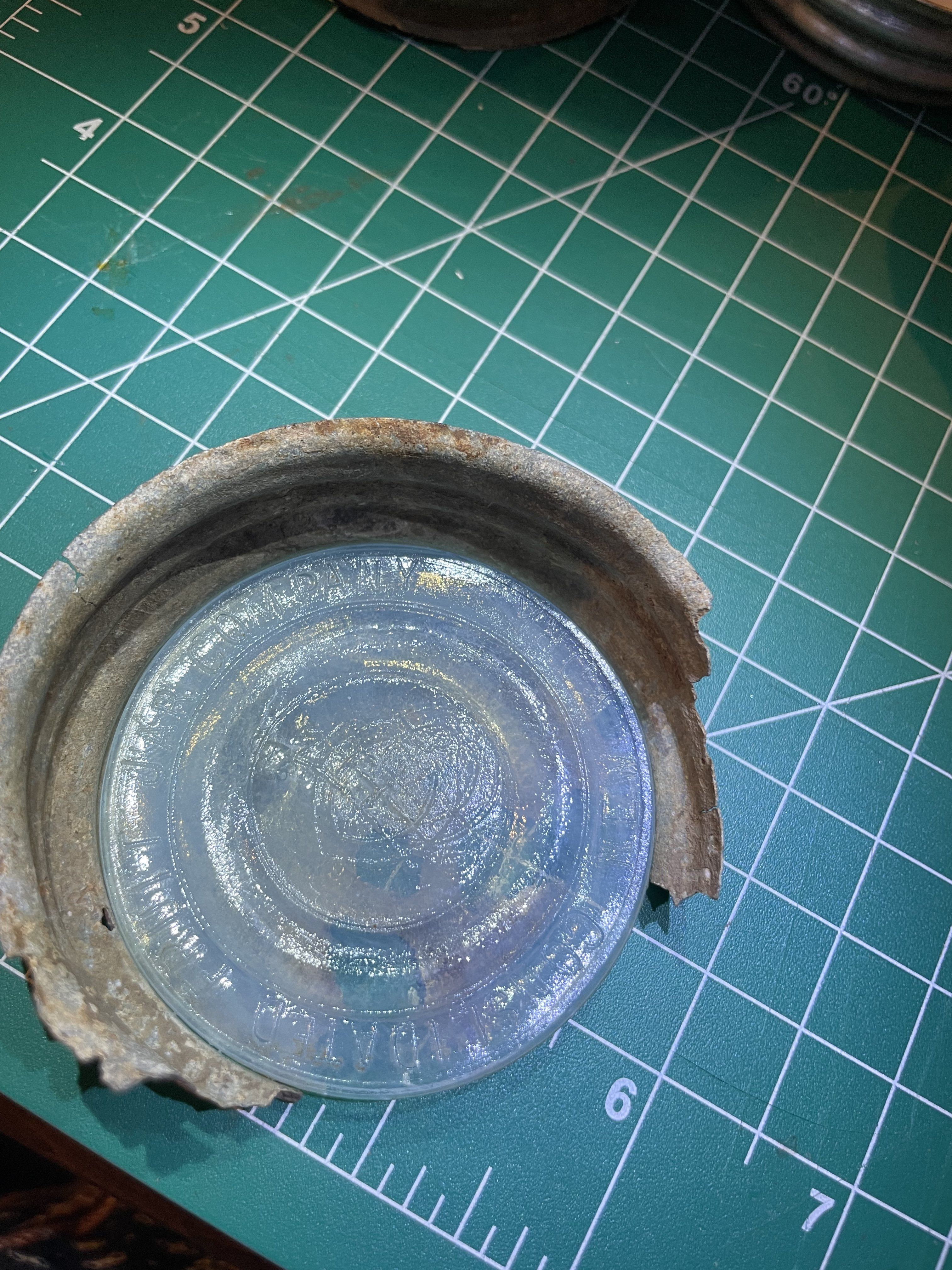 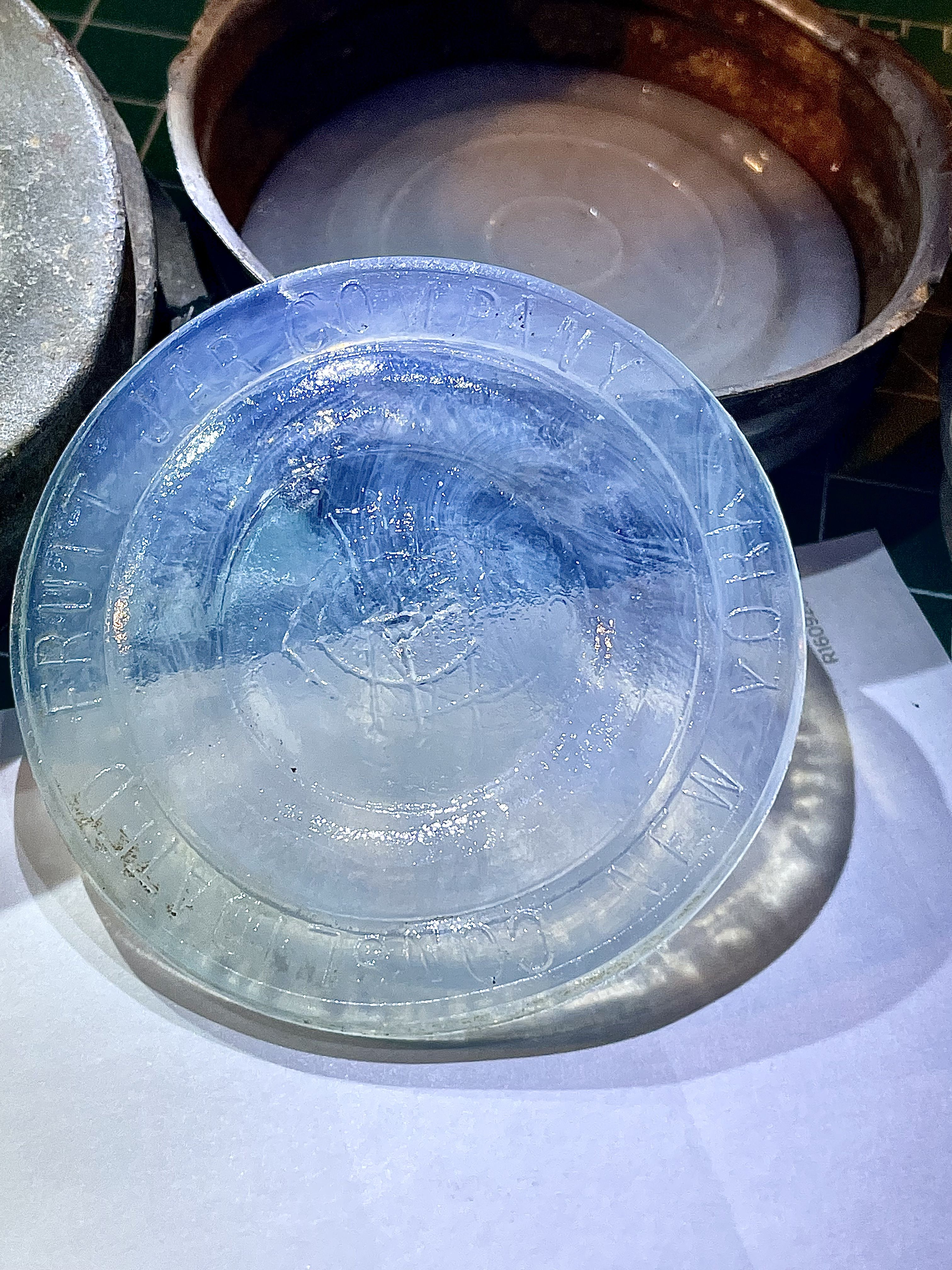 some history, but with out the jar it maybe hard to know which glass co.
they used/owned that made that insert

Based how crudely your example was made in the pressing and on the colour of the glass, I'd say you're bang on with your date range of c1880 - 1900. I'm also thinking that it's earlier as opposed to later in the date range.

Nice find,
Dave
Upvote 0
You must log in or register to reply here.

Anybody know what this is?

Are there any War of 1812 experts out there?