My father found this in a dump in the 1970s. We recently found it going through some old boxes and I was looking to see if anyone could provide any info. Its really heavy and seems like it has some kind of rusted out motor on the inside. 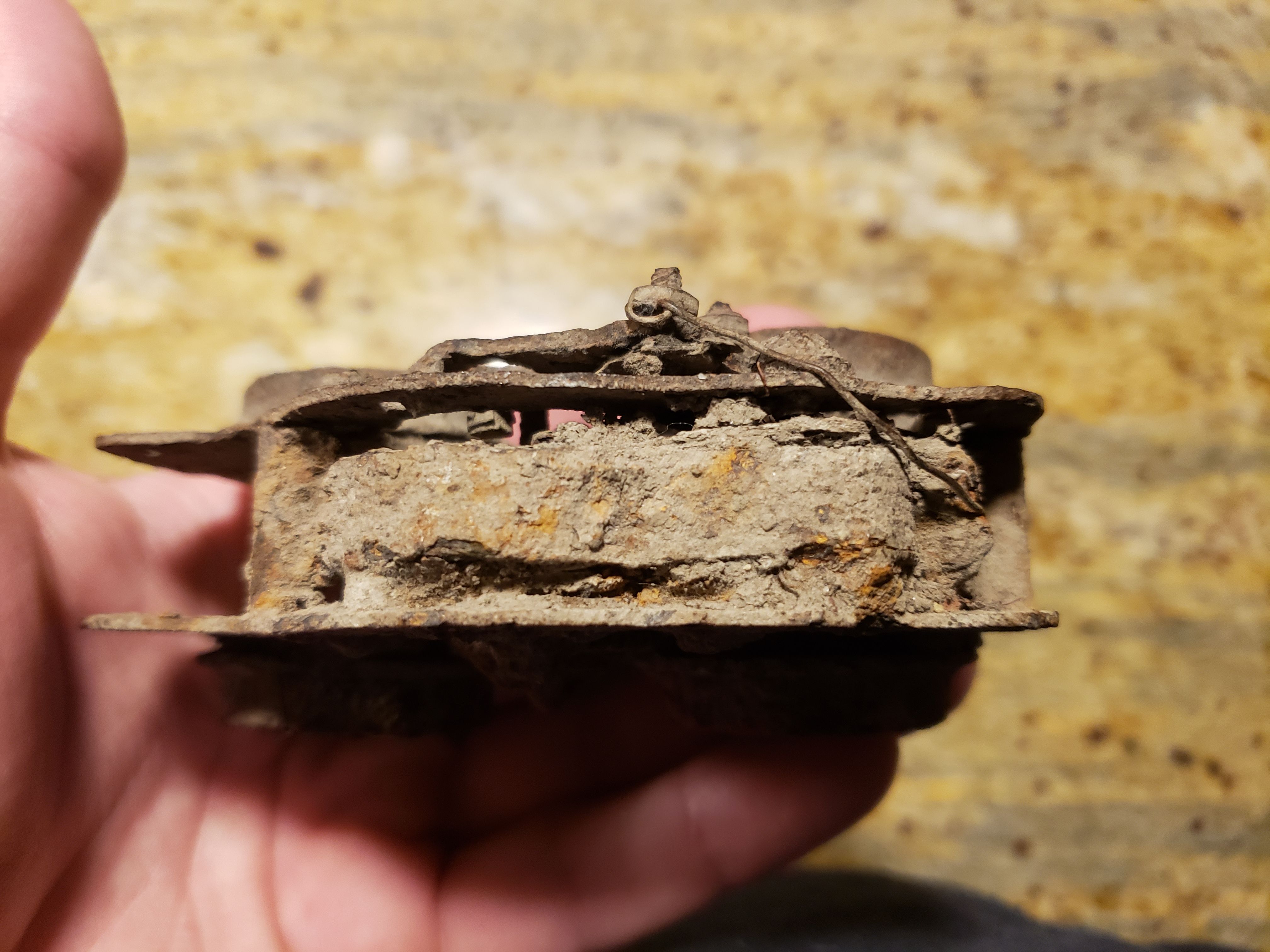 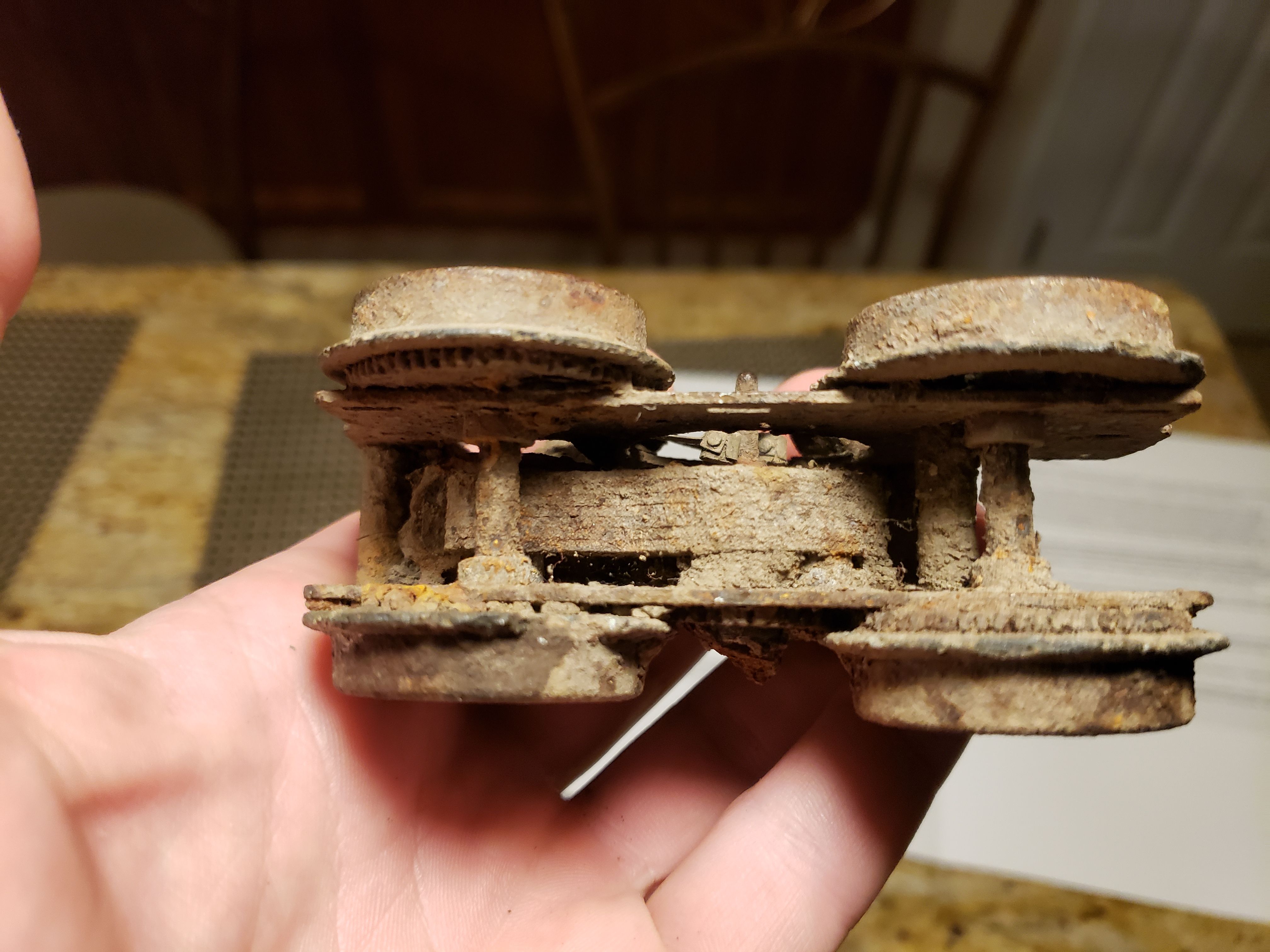 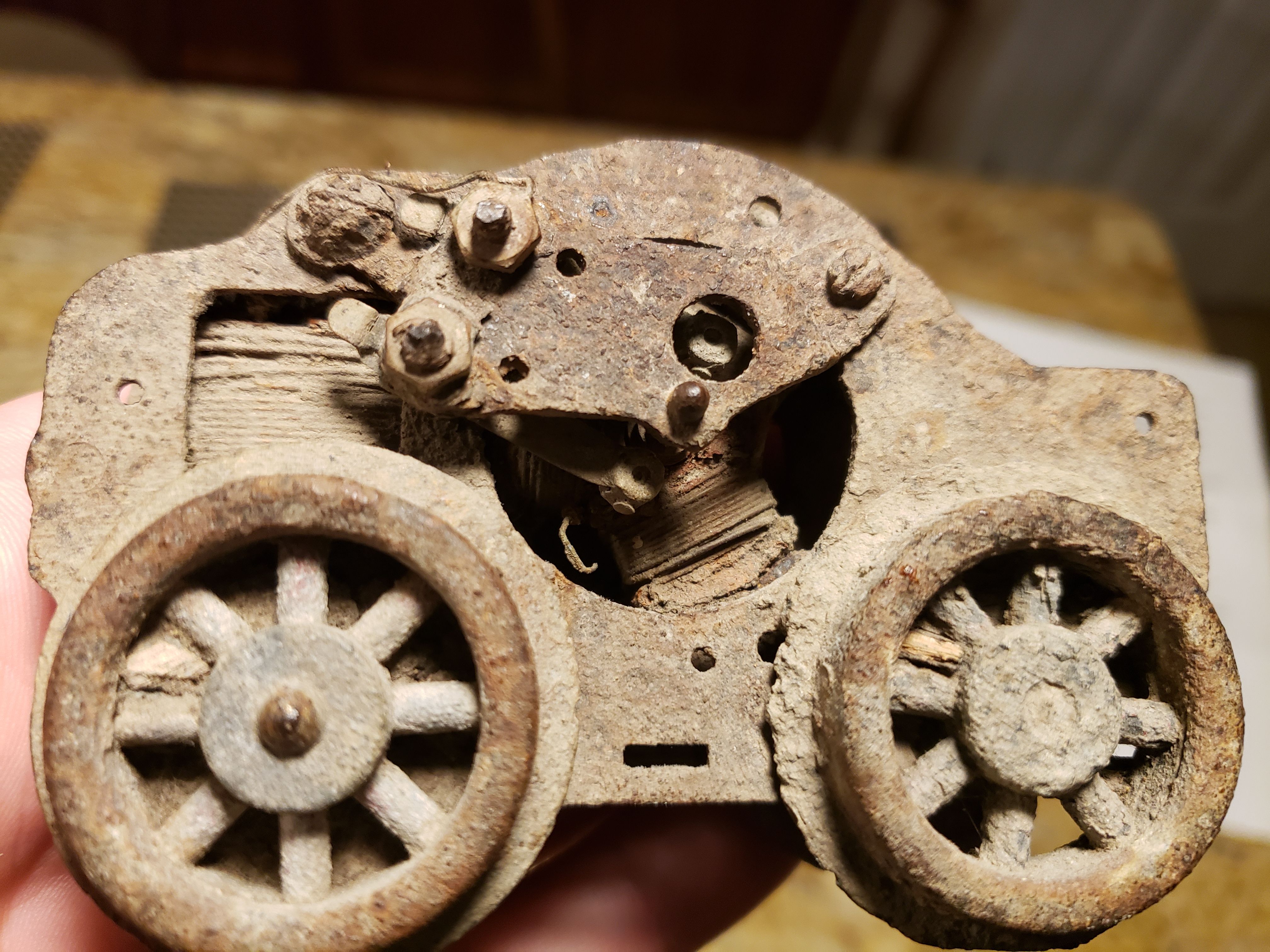 I think what you have is the remains of an old battery operated tin train.
Upvote 7

I suppose it could also be a train with a wind up mechanism like this one.

Mud Hut said:
I suppose it could also be a train with a wind up mechanism like this one.
Click to expand...

like mud hut said, it's from a train. Has an electric motor, so definitely not a wind up mechanism.
Upvote 3

Grasshopper,
Of the four wheels, how many have a gear directly behind them ?
From your pic, it looks like 3, but impossible to make out.

In this picture of an early version motor, probably 1917-1918, we see a slight gap under the upper left-hand wheel.
Might be a gear ... don't know.
According to one site, the name plates changed from Lionel Manufacturing Company to Lionel Corporation in 1918. So this one I'm showing is a very early model.
Note how the your missing plate had tabs that slid into the central slots, shown on yours. (kind of hard to see in the pic)

What stumps me is that the models I'm seeing, only have two gears, both on the same side, and not a third one on the other side.
Could you clarify how many wheels have a gear directly behind it. 2, 3, or 4 ? 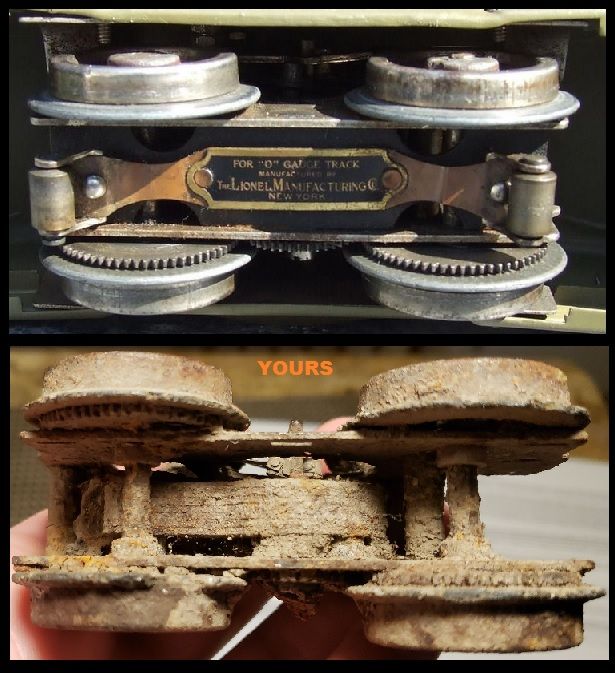 The one I showed was from a Lionel Armored Locomotive.
These were introduced in 1917. 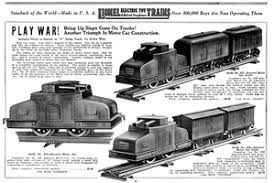 Lionel numbers 150, 152, 153, 154, locomotives, for example are also similar.
(8 spokes and the plate behind the wheels doesn't stick out beyond the ends of the wheels)

Sorry about the mish-mash post, it gets complicated and I know nothing about model trains.
I do think we're in the ballpark, though. Lionel 1917 - possibly into the twenties.

This guy knows a lot about these things, if you'd like experience the ride: 9min.45sec. Interesting video.


Also, also ... MTH electric train company made nice reproductions. But they mostly flourished during the 1980s and 1990s which would have been after your father had found yours. Plus, yours has an older look to it, making me think you may have one of the very early originals.

tldr: I can't explain that third gear on yours except that the very early model, 1917, that I pictured has that slight gap where there may or may not be a gear beneath the wheel. All the others I looked at only have 2 gears, both on the same side.
Upvote 2
You must log in or register to reply here.

WHAT IS THIS OPAL THING?