Lake Mead: this may Interest someone here - [update} #4 found

That would be ironic but, you never know.

Is anybody concerned that at some point there won't be enough water to turn the turbine (generator) at the dam?

yeah lots are...in fact the water is already at a level that has reduced the electrical output of the turbines. They are still producing but not at full capacity. Not looking good out there.
OP

They are talking about diverting the Mississippi river.

Sure, much of the western U.S. is on the verge of going dark and shutting down and leaving people without water. But on the bright side...

If the lake goes dry, just think about how many wedding rings will be found from all the impulsive, Las Vegas weddings over the decades! The passion was hot in Vegas. But by the time they got to the Hoover Dam it was cooler than Lake Mead.
S

I was in Vegas last week bowling in the USBC Open Championships (no I didn’t win).

I visited the Valley of Fire (talk about alien landscape) and Hoover Dam.

Here are a couple of shots from last Saturday. 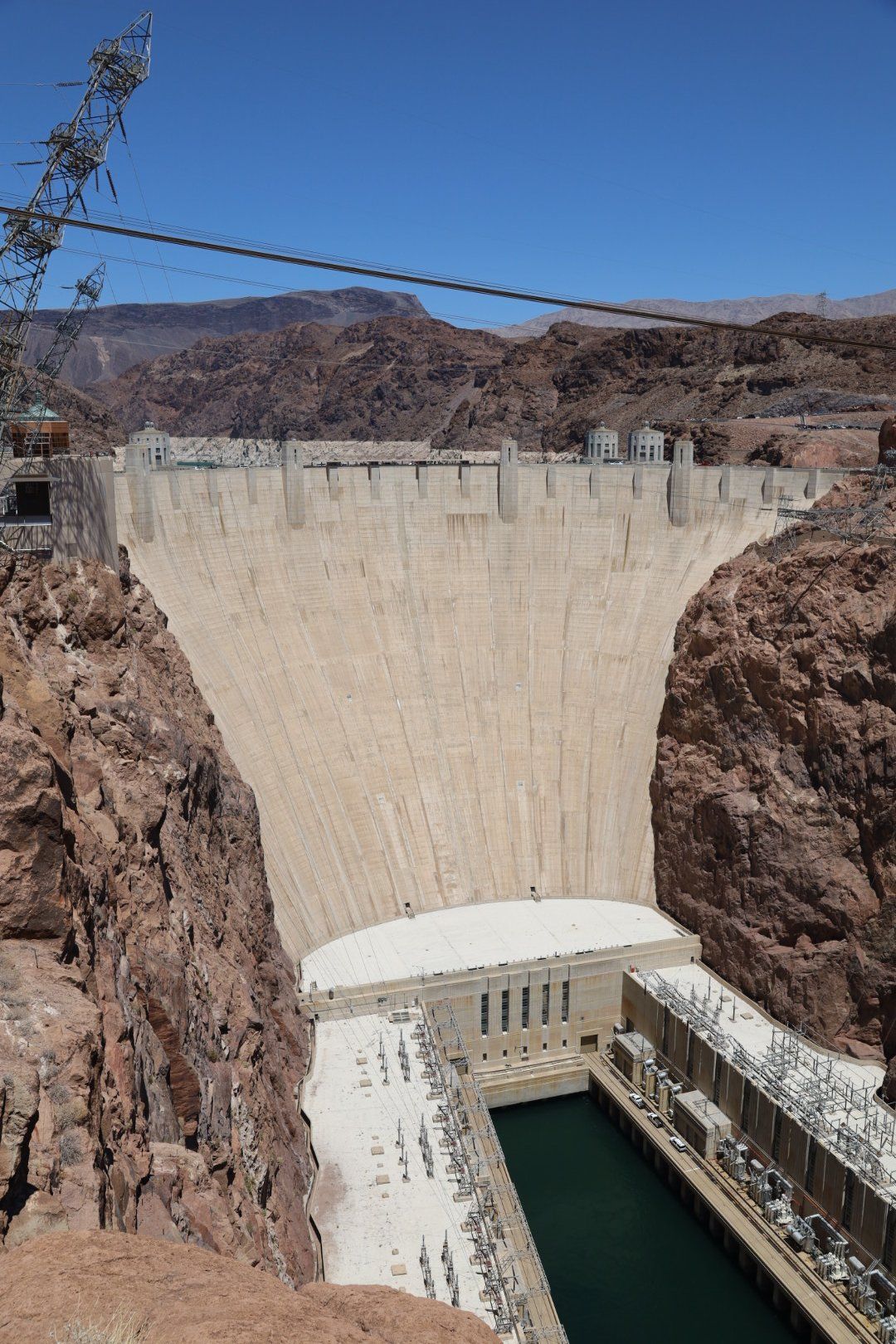 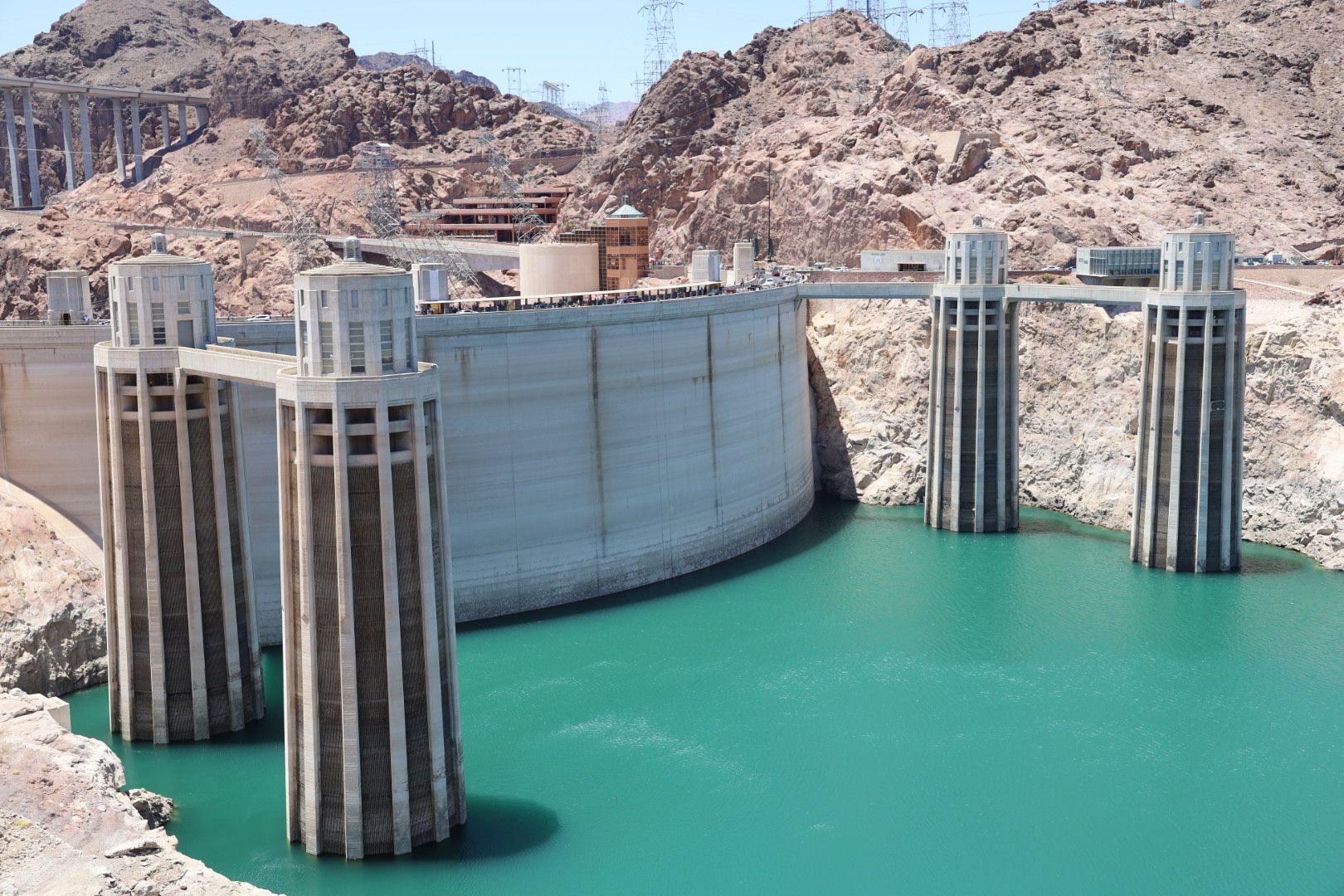 my understanding anyone who takes a detector to Meade gets arrested.
the people in charge there can all turn to dust along with the lake imo
C

jeff of pa said:
my understanding anyone who takes a detector to Meade gets arrested.
the people in charge there can all turn to dust along with the lake imo
Click to expand...

jeff of pa said:
my understanding anyone who takes a detector to Meade gets arrested.
the people in charge there can all turn to dust along with the lake imo
Click to expand...

I understand the sentiment. Some of that water (and electricity generated by the Big HD) goes to California and for years they have actively crushed efforts to increase their water reserves. They have reservoirs that have been waiting to be finished since the 1980's. They also don't capture snow melt like they should, choosing instead to let it run out to the ocean. You would think at some point it would be "agreements be damned", either do your share or we cut you off when it comes to water and electricity going to the Nutcase State. From the looks of those pictures @Singlestack Wonder posted it looks like you can't even get watercraft in there anymore. When I crossed the Hoover Dam the water was almost to the top of those towers. Maybe we should also chunk some of the other environmental regulations that prevents the flow of water down to Lake Mead.

And in the meantime, maybe take the opportunity to inspect the dam from top to bottom while it is exposed. Maybe even put some protective material on it. I can't imagine concrete that is designed to be under water fairs well when it is exposed to the sun, elements and atmosphere for a long time.

Talk about a bizarre coincidence...This evening Get TV aired an episode of The Rockford Files called "Roundabout". In it Rockford gets tangled up with Vegas mobsters and their crooked books. The climactic scene has Rockford meeting the mob guys on top of the Hoover Dam to exchange the crooked books for his money and wallet. In one shot you can clearly see how high Lake Mead is compared to now. When the cops close in, the head mobster runs and Rockford chases him into the dam at the top. They end up running through the interior construction tunnels, through the turbine room and then back into the tunnels. They end up on an exterior staircase on the downstream side of the dam when the mobster is too winded to run any more, and he and Rockford both sit down on the stairs, exhausted. The camera zooms out and you see that they ran from the road on top of the dam to the bottom of the dam. Definitely strange seeing this scene of the lake being almost full so soon after seeing the pictures that @Singlestack Wonder posted.
OP

A discovery at Lake Mead on Monday has been confirmed as partial human remains, according to the Clark County Coroner's Office.


Fourth set of human remains discovered at Lake Mead since May​

Maybe they just need to declare the whole lake a crime scene and put that yellow crime scene tape around it till they get this squared away. And just think of all the people who ate fish they caught in that lake, especially catfish!
C

I,m really surprised that only 4 have been found given the proximity to Las Vegas and the popularity of disposing of rival gang members in deep water at the time!

MiddenMonster said:
I just want to make clear that I had nothing to do with this barrel business, and I have a solid alibi for whenever it happened...
Click to expand...

I can vouch for him! He was helping me bury the guy that welched on his marker over behind Henderson in the hills!

crashbandicoot said:
I,m really surprised that only 4 have been found given the proximity to Las Vegas and the popularity of disposing of rival gang members in deep water at the time!
Click to expand...

We found a couple out behind Henderson in the 70s not a word in the paper! Editor said, 'It's so common we don't cover it. Not newsworthy."

At some point!?!? They just replaced the blades on the turbines and there's still not enough pressure to spin them up.
You must log in or register to reply here.