🔎 UNIDENTIFIED Looking for a button I.D.

My buddy found this very nice brass button with crown and "V" on the front, I didn't get to see the back mark yet though.

Found yesterday in a farm field in Ontario, hoping someone here might recognize it.

Thanks very much for your help,
Dave 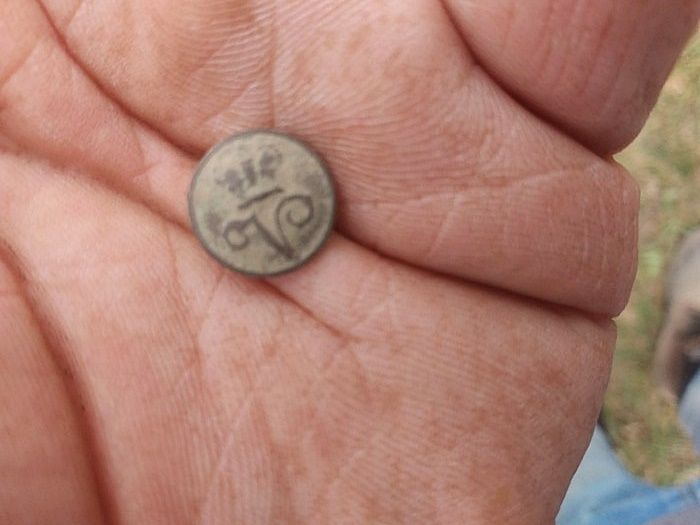 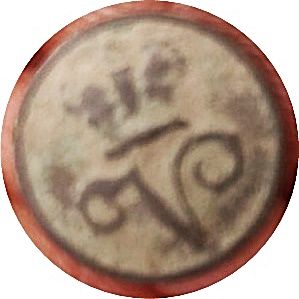 No clue, I can’t even ID American buttons😒 very cool find though
Upvote 1

I have looked but can't find anything similar. Do you know if it is a one , two or three piece button?
Upvote 2

Maybe 5th for Regiment, or some military unit i bet. Captain obvious , i know.
Upvote 1

Cool button !
It looks familiar to me...I feel I've found a similar one years ago but cannot find a pic of it right now.
There were a lot of local militias in the UK in the early 1800s, I think every township had it's own local gun slingers to step in in times of trouble. Some of these local militia members were in obscure outfits that may have lasted a short time and weren't well known ..
Only to their members for some I think. Some of those guys were Canada's first soldiers and settlers and that is why we find their buttons.
Check militia databases in the UK first for a match if theres one out there.
Good luck tracking down the origin.
Upvote 1

The 'V' could be for a 'five' or just an alphabetic letter. The crown style would be helpful but I can't quite make it out, except that it doesn't seem to be a British royal crown. For that reason, I would think it not related to British military, Volunteers or whatever. The 'v' is also unlikely to be for Victoria, since her cypher is almost always as 'VR' for 'Victoria Regina'.

It could be a livery button. Some just have a single script initial or multi-letter monogram with a crown above in non-regal style. Like this, which also happens to be a 'V', but most letters exist:

Some (especially sellers) say the 'V' is for 'Viscount' and that can be the case if the crown is also in the stye of a Viscount's (or Viscountess's) coronet as above. It can also be for a surname. The coronet style for Viscounts varies between Britain and continental Europe, but yours doesn't seem to be a Viscount's crown.

If you can get to a backmark that may (or may not) be helpful.
Upvote 6

Thanks very much for your help here guys, I appreciate all the research you did as well Red-Coat.

Hope all of my fellow Canadians here have a peaceful Thanksgiving today as well.
Upvote 2
I

Dave, see the pics. While not a match it does have the strong curls. Maybe a different regiment.

invent4hir said:
Dave, see the pics. While not a match it does have the strong curls. Maybe a different regiment.
Click to expand...

Thanks very much for your reply and the pics bud, I'll pass the info along to my friend.

Hope you're getting out detecting in the cool fall weather.
Dave
Upvote 2
I

You're welcome Dave, hope the pic helps your friend. As for me I've been out some this year - but with a busy 6 months ahead decided to call it a season. Good timing as we've just had 2 killing frosts and the yards are going dormant.
Upvote 1

Looks more Livery with that Crown type than Military.
Upvote 3
You must log in or register to reply here.