Maybe the Sky is falling in?

Holla Amigo can any of you out there out enough to remember the Henny Penny Sky is falling in children's story? Well a lady in Canada may be excused for believing so?

A meteorite struck her house and landed in her bead where her head had been resting earlier. Here is the pictures below.Can you imagine calling up the insurer trying to explain a meteorite has hit your house?

Ruth Hamilton was sound asleep last week when she was awoken by her dog barking, the sound of a crash through her ceiling and the feeling of debris on her face, the resident of Golden, said Monday.

She said she jumped out of bed and turned on the light to figure out what had happened, and discovered a hole in her ceiling. 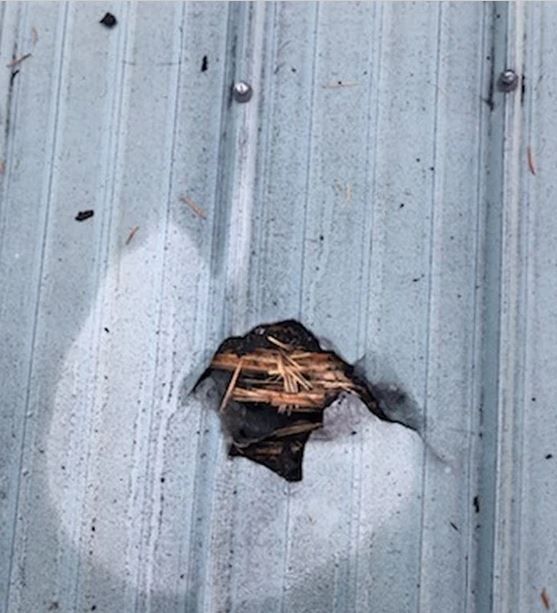 “I’ve never been so scared in my life,” she said of the Oct. 3 incident. “I wasn’t sure what to do so I called 911 and, when I was speaking with the operator, I flipped over my pillow and saw that a rock had slipped between two pillows.”


A police officer was immediately sent to investigate, she said. Initially, the officer suspected it was debris from a construction site on a nearby highway. 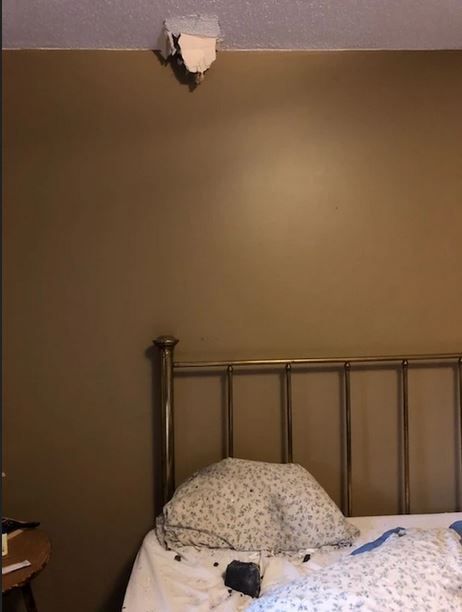 “He called the (construction site) and they said they hadn’t done a blast but that they had seen an explosion in the sky and, right then and there, we realized it was a meteorite.” They concluded it must have been a fragment from a meteor shower that took place earlier that night. 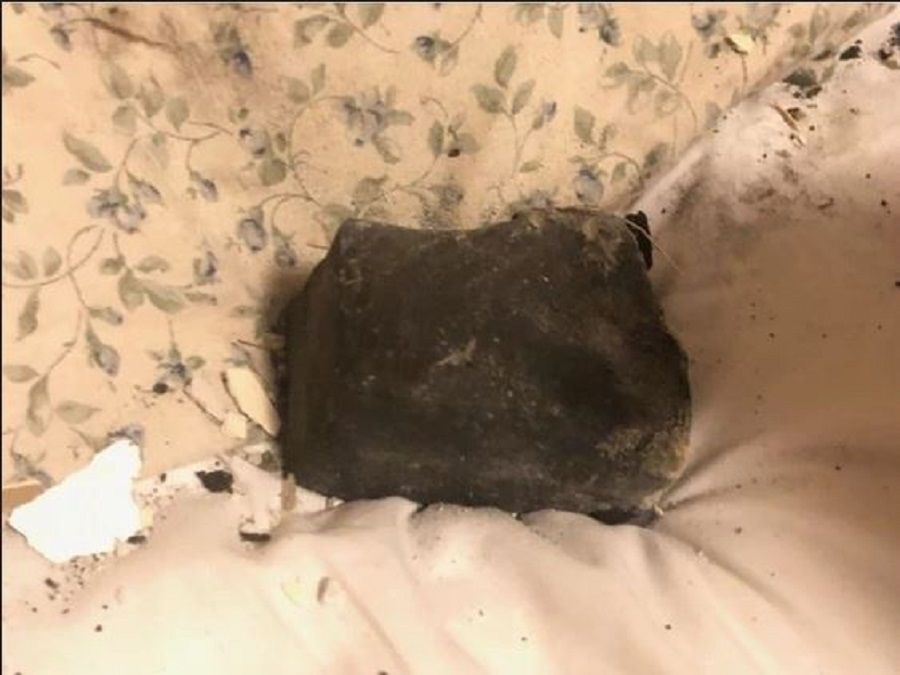 She said the officer soon left, but she couldn’t get back to sleep. “I was in shock and I just sat here for a few hours shaking,” she said. “The odds of that happening are so small so I’m pretty grateful to be alive.” Apart from being shaken up, Hamilton said she avoided any injuries, but plans to keep the rock.

She said the insurance company has inspected the damage and now she’s just focused on getting it fixed.

What are the odds amigos?

Near miss! She should know by now, that space rock is likely worth a good chunk of change, Money landed in her lap, so to speak.

I always thought they were burning hot, but I guess not.

creskol said:
I always thought they were burning hot, but I guess not.
Click to expand...

Yes, that's a common belief, but rarely the case for small individual meteorites, showers and fragments. Finders of witnessed falls who have retrieved meteorites shortly after impact have often described them as "barely warm to the touch" through to "too hot to comfortably hold".

Larger meteorites (especially irons) have sometimes been retrieved with frost on the surface. It's very cold in outer space and an arriving meteorite can still be close to minus 50 Celcius at the centre as it falls. The effect of ablation in the atmosphere is to stream away the surface portions that have become superheated such that much of the heat doesn't get transferred to the interior. After arrival, the temperature quickly begins to equilibrate through the entire mass such that the surface can get to a sub-zero temperature.

Gidday Amigos She should sleep well what are the odds of it happening again to her?

Crow said:
Gidday Amigos She should sleep well what are the odds of it happening again to her?

Lots of statistics being bandied around. The professional estimate was that the chances of a “house” being hit by a meteorite large enough to penetrate the roof and land on a bed are around 100 billion to one annually. Since there are around 1.5 billion “houses” on the planet, it's going to happen somewhere from time to time. This is actually the second such verified report for 2021; the other was in Indonesia in January.

Initial examination suggests it to be stony but magnetic, so it’s most likely to be an “Ordinary Chondrite”, but collectors love meteorites that have actually hit something other than the ground, and that will push up its value. In the meteorite collector world they’re colloquially known as “hammers”. I hope someone has advised her that the associated debris also has significant collector value… broken roof tiles, the ceiling board with the hole in it, the pillow, duvet, and even the bed itself.

The meteorite was part of a shower, and another smaller piece was found about a mile away. There could be dozens more. Wish I was close enough to do some searching.
Last edited: Oct 18, 2021
I

that meteorite should fetch a good chunk of change
You must log in or register to reply here.