My Buddy And I Each Got A Gold Coin Today

Out gold coin shopping today with my buddy. Each year, I go out and treat myself to a gold coin, using the money I find metal detecting to subsidize it. Been doing it for many years. It goes into a storage box at the bank and the coins will be gifted to my kids when my days are done. I purchased the Canada 2012 Cariboo Gold Rush Panning Sluice with Camel. Camels you say?

In 1862, an enterprising local merchant, Frank Laumeister, having learned that the United States government had successfully used camels for transport in Texas, Arizona, and California, brought 21 camels to carry loads through the Fraser River canyon to the Cariboo region. People mistakenly believed camels could work without water for days on end and travel unprecedented distances with massive loads. Unfortunately, the camels carried rather standard loads for rather standard distances. Their desert-evolved feet could not withstand British Columbia's treacherous mountain terrain. 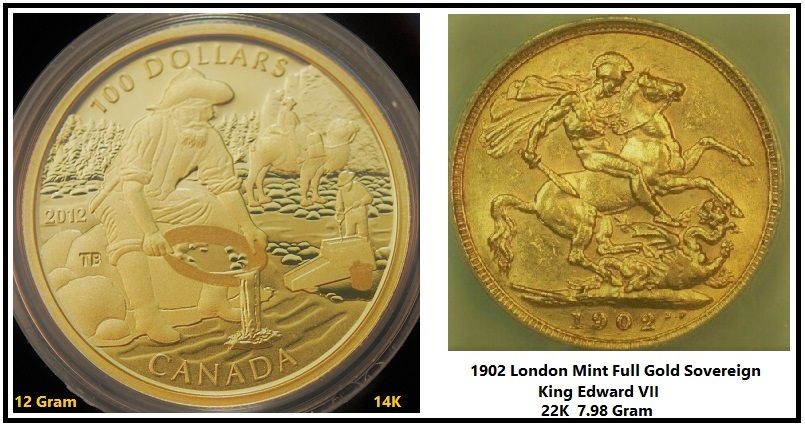 My buddy purchased a gold British Sovereign. It's a very collectible coin and was used as legal tender back in the day. Wealthy people often carried several of these in their wallets.

Great way to get some Gold John!

I love your idea of gifting them down the line to the kids.
Great find guys

Very very nice...and great way to fund your purchase!!
You must log in or register to reply here.