I've been kind of away from the hobby, and this forum, for a while so I thought I'd reintroduce myself here in the best finds section. Most of this stuff was found back around 2014 when I bought a Tesoro Compadre after consulting this forum. Until then, I had only used second-hand detectors occasionally. While I was in college majoring in archaeology, metal detecting got put on the backburner. Since graduating, I've done a little here and there but I don't have much to show for it. I just picked up a new Garrett Ace Apex last month and I've been going at it full force since then. Mostly I've been finding shotgun brass but it's still fun! Anyway, here are my best finds of all time minus one Civil War-era Navy button that I can't find. I think my neighbor might have brought the 10 yen coin back from Vietnam and dropped it long before I moved in next door. The flying eagle cent, round ball, and Barber dime were all found in my grandmother's tiny backyard. 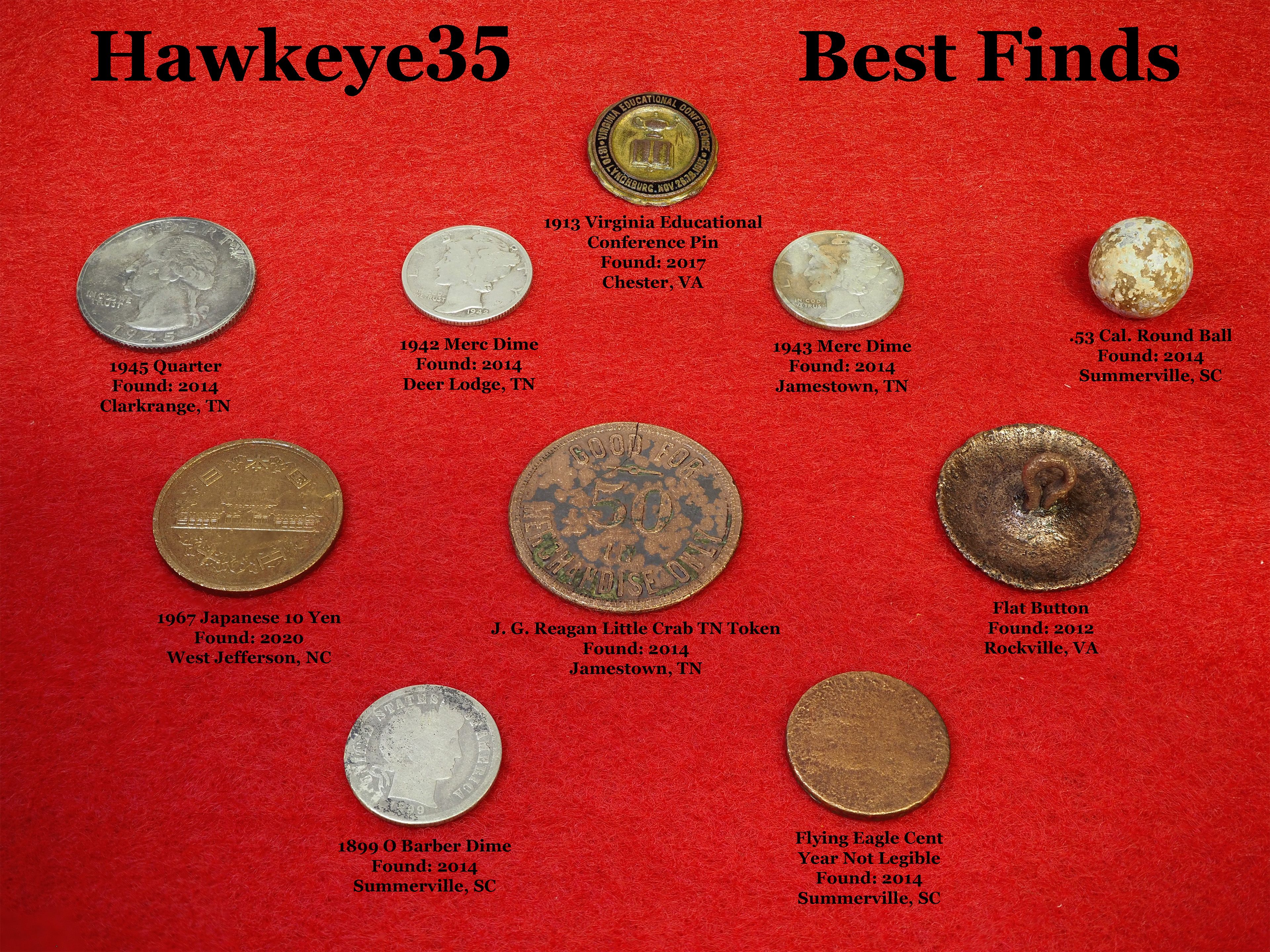 Nice finds! I double majored in Archaeology and History in college!
OP

SilverDreams said:
Nice finds! I double majored in Archaeology and History in college!
Click to expand...

Thanks! I double majored as well. I chose Anthropology as my cognate major. In hindsight, I wish I had gone with Geology as my other major. I think it would have been nice for my degree to have reflected the many hours of geology classes I took. I'm sure you took a lot of geology as well.

Congratulations on those great finds! Welcome back to this forum! Like you said, the Yen is Japanese. Vietnamese money was in "dong" and "piasters!" (Yes, I was there.)

Nice finds. Are you using your major for a career?
G

A Long Time Learning About Silver Prospecting Has Led To This!!!