Just to straighten out one particular bit of conjecture that makes me cringe every time I hear/read it:
The lead cross Drayton found a couple years ago is repeatedly referred to as being "incredibly old", or "from the 14th Century". RUBBISH. All that was FACTUALLY determined was that it likely came from a lead mine in France that first began being mined in the 14th Century - and continued being used until the 19th Century. And yes, various countries DID trade materials including lead, so finding an artifact made of "French lead" does NOT conclusively indicate the articaft came from France. This would explain why the cross and the stained glass framework fragments would have the same composition, indicating both lead specimens came from the same mine -but does not DATE the objects at all.

On a parallel (but unrelated ) note: The 17th Century was the "Golden Age" of Dutch Colonization and trade. For a time, they were the world leaders in shipping and trade. They built THOUSANDS of ships, more than all the rest of Europe COMBINED, to carry goods (and slaves, I'm sorry to say) to and from Indonesia, Africa, Brazil, Ceylon, and North America.
However VERY LITTLE of the wood used to build these ships originated in the Netherlands which is NOT known for having vast forests. Some came from Saxony and Bavaria, much came from Scandinavia. Much tropical hardwood from Asia was used for mouldings and fixtures aboard the ships. The wreckage of East Indiaman Batavia, which was driven onto a reef off the west coast of Australia in 1629, was found in 1963. Examination of the wood from the wreckage shows that nearly all of it came from Saxony (eastern Germany), and a small amount from Denmark and Norway...so, using the "Lagina Process of Determination", this was a ship of Saxony, a (landlocked) province of the Holy Roman Empire.
(The Netherlands split from the H.R.E. in 1568, sparking the 80 Years War). The FACT is, the East India Company IMPORTED the ship's materials from OUTSIDE the Netherlands, and built the ship in Amsterdam in 1628 - so she was a Dutch ship.
Last edited: Mar 2, 2022

Can we all at least agree to choke the narrator ? We watch it every week purely for the entertainment value but that guy is extremely annoying. "A mysterious rusty nail ? Could it be one of the nails from the crucifiction of Christ?" Good lord shut that guy up. Between him repeating everything and all the commercials if you remove all that rubbish it's a 10 minute long show every week. But to stay on track I'll add my theory I've had since the show began and the newly found stone road and evidence of shipping only supports my theory. So let's say there are actually tunnels there underground. And shipping took place regularly. They didn't build a complicated road to go there once, bury treasure and leave. I think there were mines there and they were taking valuable ore out and shipping it to their home country, NOT putting valuable things in the ground.
OP
S

About as likely as the fictional tales told by some here that the templars crossed the Atlantic and came to hoax island.
OP
S

864 posts and still not one piece of evidence showing that anything other than common human habitation occurred on hoax island.
B

If stupidity and BS were felony crimes most of the group would be in jail. And the narrator, he is really sad isn't he. Does he own part of the show?
Bruce
OP
S

You fail to mention that

They have proven that no treasure is buried in the Money Pit area of OI. That is a Fact and 100% proven... 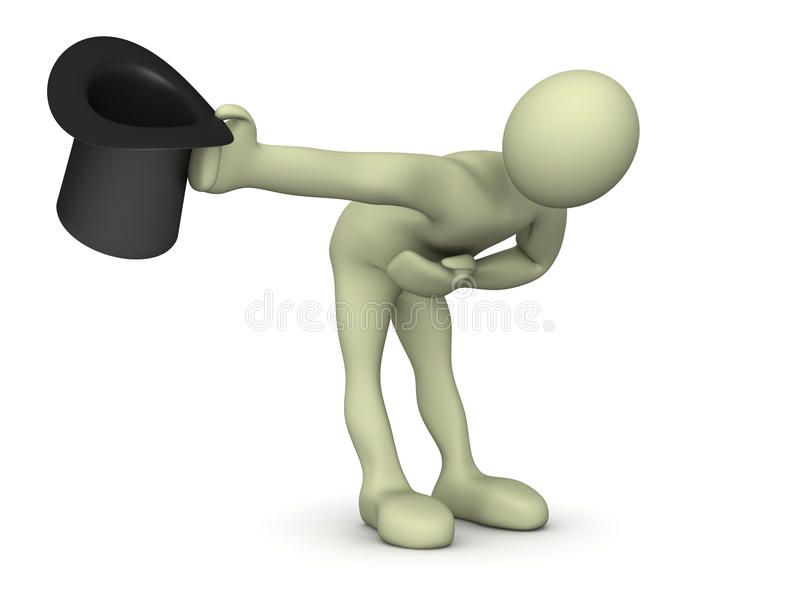 gazzahk said:
You fail to mention that

They have proven that no treasure is buried in the Money Pit area of OI. That is a Fact and 100% proven...

You must know very well that this is not a proven fact. It seems highly likely, and I imagine it’s the case, but it’s not “100% proven”. In fact, it can’t be proven, it can only be proven to be false.

Absence of evidence is not necessarily evidence of absence. That’s one reason they continue to dig. What other reason they have is anybody’s guess - probably to keep CoOI going for as long as financially viable.

gjb said:
You must know very well that this is not a proven fact.
Click to expand...

Totally disagree.. They have drilled and dug the whole area with small, medium, large and super large holes... NO EVIDENCE of treasure has been found. Therefore it is PROVEN that no massive treasure hoard is buried in the money pit area.

If someone says there is treasure buried in a spot and that spot is completely dug up with no treasure or evidence of treasure is found this proves that there is no treasure there..

What are you are implying is that the "massive treasure hoard" has been able to move around and avoid every drilled hole....

You argument implies that if anyone says a treasure is buried anywhere it means the claim remains impossible to prove false.. Even when the whole area is dug up. That is a ludicrous argument...

A claim without and validity or evidence is false unless shown otherwise... On top of this the claim has been tested by the whole area being dug and drilled. The results of the test prove the claim false...

That how science works. Anything else is just a snake oil salesman making stuff up to make money... 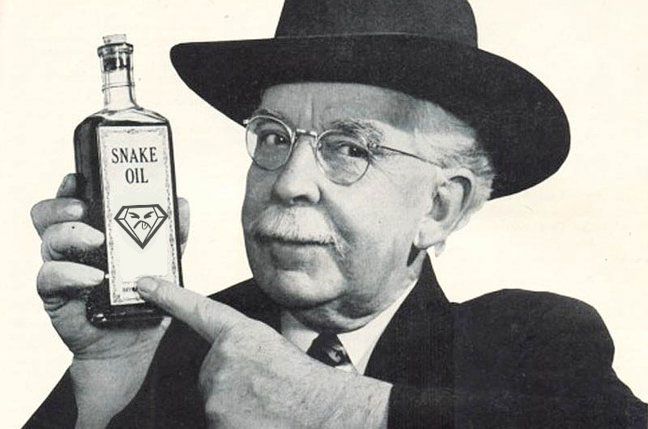 Here is a list of "true" stories and since they cannot proven false they MUST still have a possibility of being 100% true... 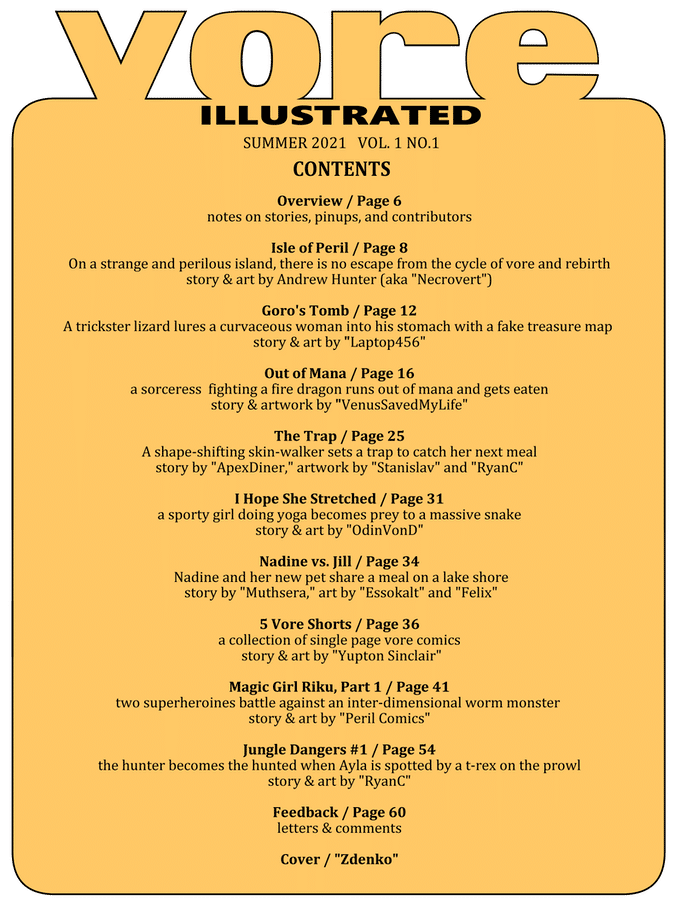 that which is true or in accordance with fact or reality.
noun: the truth
Click to expand...

demonstrated by evidence or argument to be true or existing.
adjective: proven
Click to expand...

gjb said:
You must know very well that this is not a proven fact. It seems highly likely, and I imagine it’s the case, but it’s not “100% proven”. In fact, it can’t be proven, it can only be proven to be false.

Absence of evidence is not necessarily evidence of absence. That’s one reason they continue to dig. What other reason they have is anybody’s guess - probably to keep CoOI going for as long as financially viable.
Click to expand...

But I agree you are perfectly entitled to believe there is still "a chance" a massive treasure is buried in the Money Pit area of Oak Island and they just have missed it (and all evidence of it) with every single hole they and everyone else has dug in the 30 or so square foot of area...
D

Since there is just as much "evidence" of there being a "massive treasure" on Oak Island as there is there being one in my back yard, perhaps I can arrange with the Laginas to start a 10-season contract (paid in advance, of course) about the "Curse of Dave's Back Yard" after Oak Island is milked dry... Just testing my metal detector there, I have found rose-headed spikes, square nails, horse shoes (sorry no ox shoes) several silver coins, and many scraps of metal that *could be* the metal corners of a trunk or chest - a treasure chest, of course! (My house lot was once a mechanic/blacksmith shop from the 1890s)
You must log in or register to reply here.