Picked up this Taylor thermometer at a sale. It has two Fahrenheit 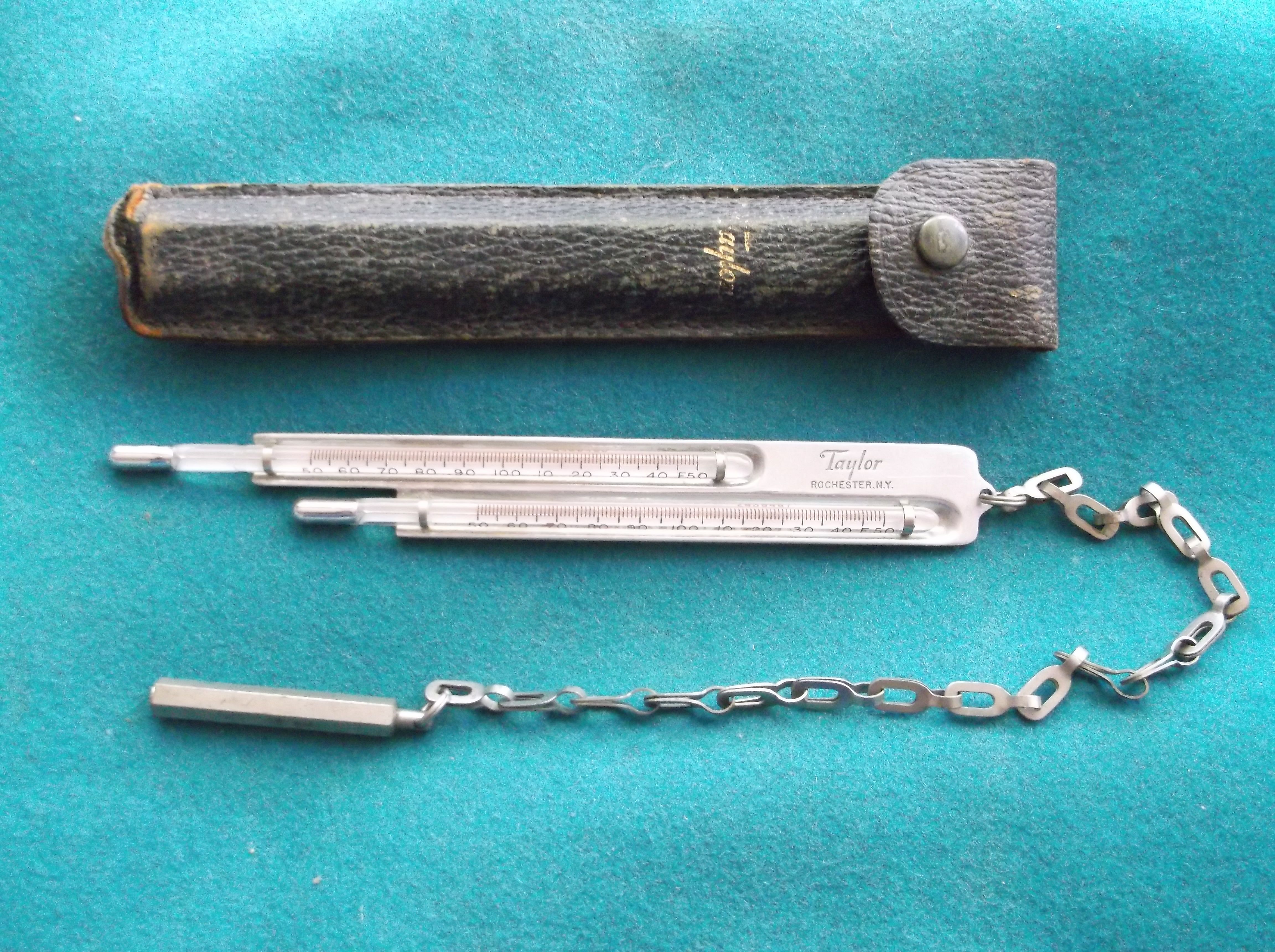 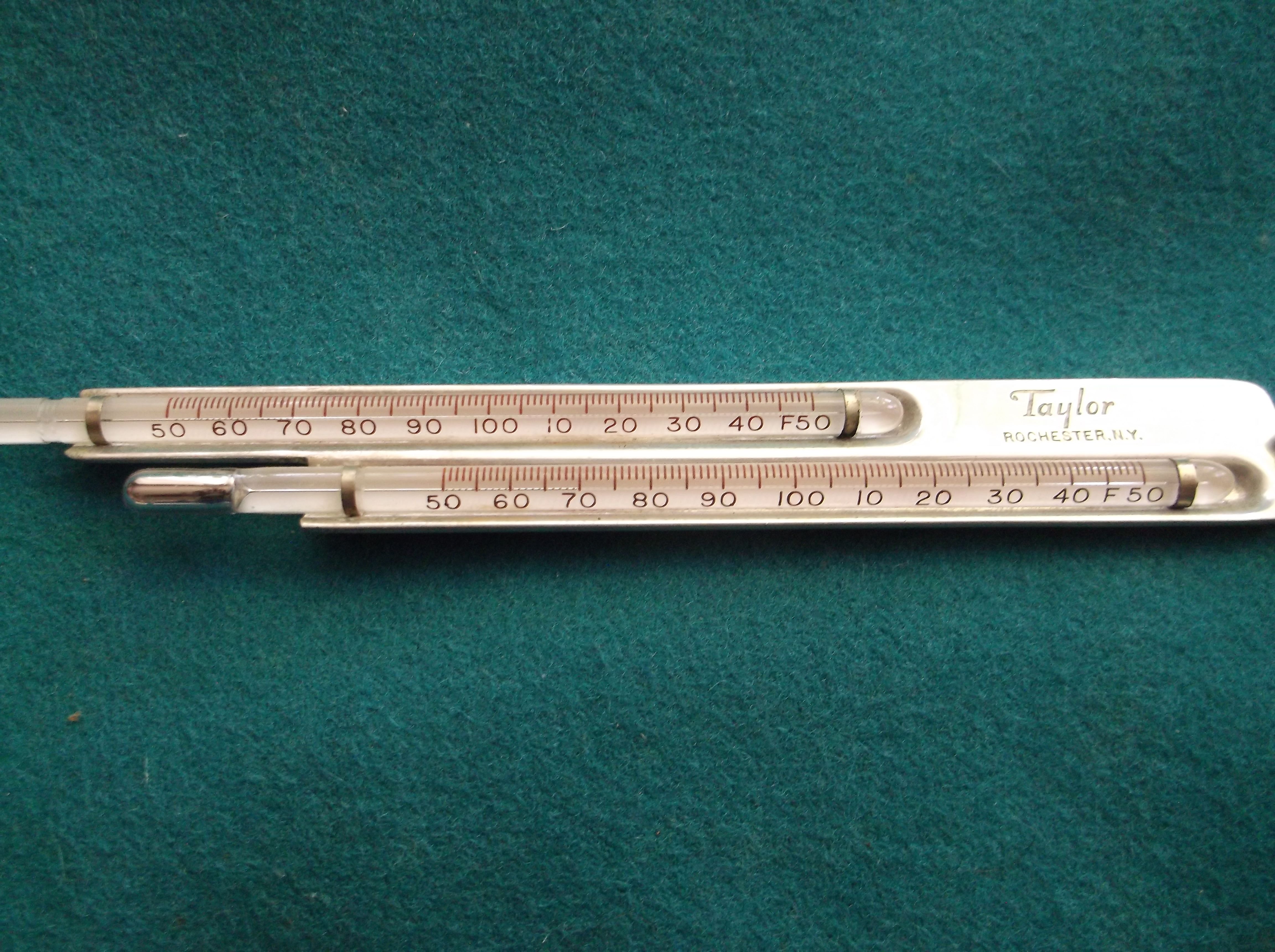 Mick: could you kindly check whether that thing on the end of the chain is a magnet? If so, yours likely has an additional feature whereby there are "indexing rods" sitting above the mercury which record the maximum temperatures reached by the wet and dry bulbs since they were last reset (using the magnet to draw the rods back to the top of the mercury).
Upvote 1
OP

It is not a magnet. The center rod slides back and forth inside the hex piece about 1/4". If the ring that connects the chain would be taken off, the rod would come out of the hex piece.

The only difference is the taste.
Upvote 1

Should be careful with it, probably not sling it around, even though it was designed to do that. It was made in the time when mercury was commonly used and handled. Now we know how toxic it is. When something like a thermometer breaks, the mercury often bounces around on the surface it falls on and breaks into small droplets which are hard to retrieve and their large surface area facilitates release of toxic mercury fumes. In our lab, we always kept powdered sulphur around to sprinkle on such a spill. It reacted with the mercury stopping the mercury from vaporizing and allowing cleanup.
Upvote 0

I just saw another example of this exact thermometer set for sale on the web. It still had a wick around one thermometer. That wick would be wetted and evaporation would lower its temperature. The difference in temperatures reveals the relative humidity. Staggering them like they are keeps the wick evaporation effect from affecting the other thermometer and giving a false reading. Most double thermometer hygrometers like this have exactly parallel thermometers but spaced a little further apart to avoid the spillover effect.
Upvote 0
You must log in or register to reply here.

Found near a foundation in South Central PA. Any ideas?