Old Spoon that I found. Seems to be made out of copper. Have never seen an eating utensil this thin 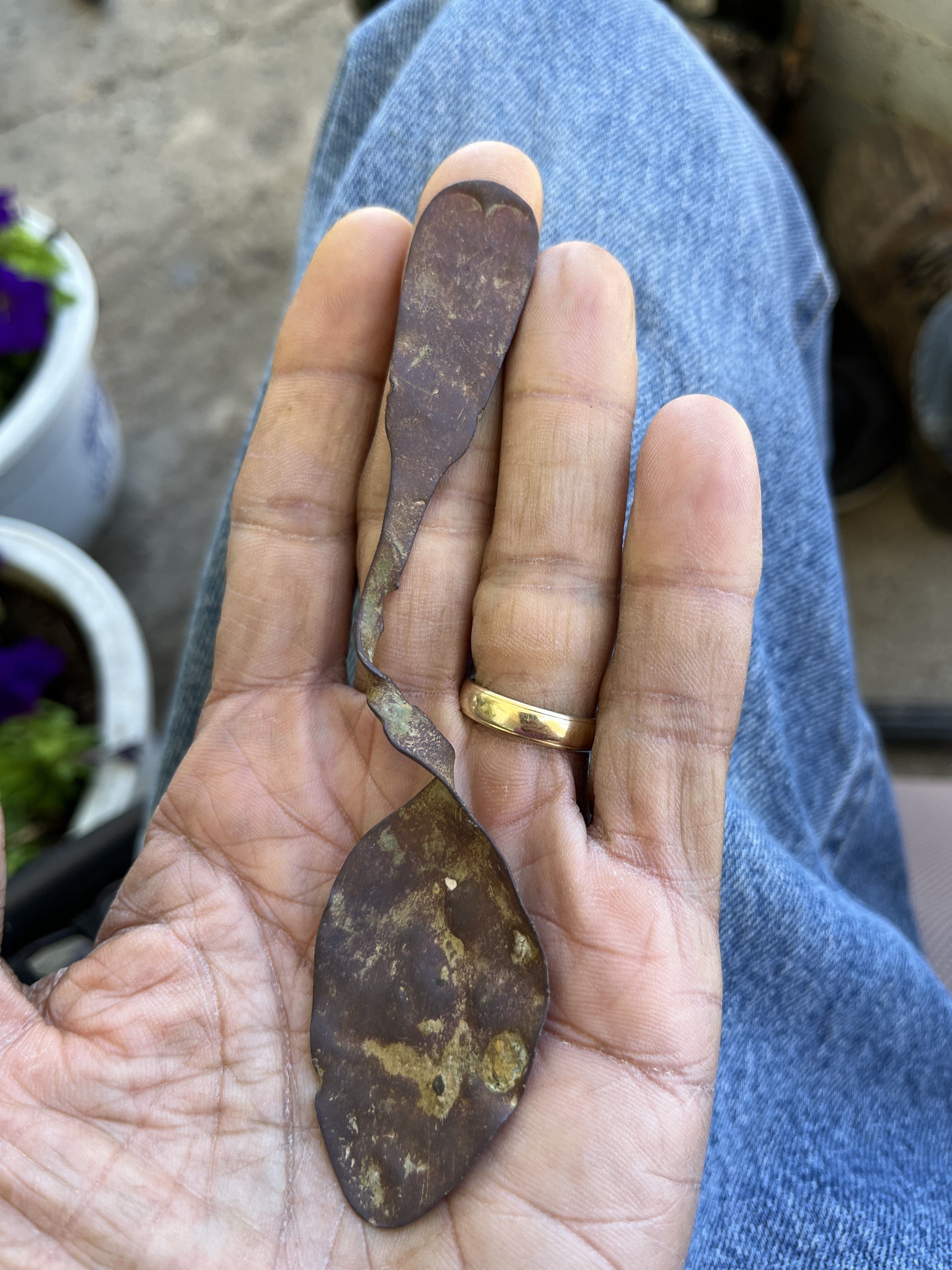 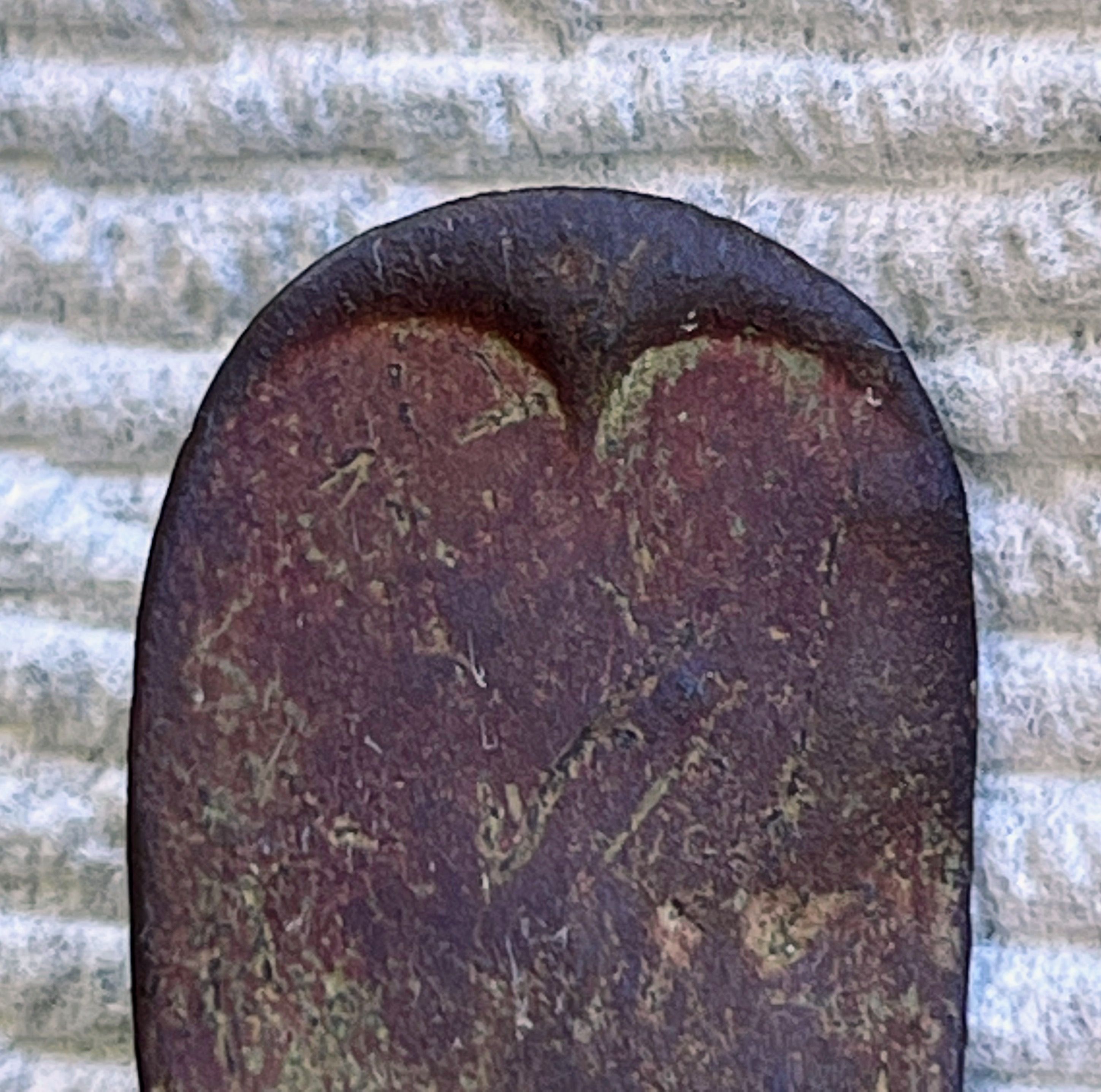 That is a Fiddle pattern spoon. It was the dominant pattern used for spoons from the first quarter of the 19th century all the way to about 1910 prior to WWI.

The shape at the top of the handle of yours is called a Hanoverian Terminal, this shape was most common on earlier Fiddle pattern spoons, so yours likely dates to the first half of the 19th C. (The Fiddle pattern spoon existed as early as 1760 but the "shoulders" on the stem above the bowl as displayed on yours came at the turn of the 19th century so that's how we can tell its 19th c. and not earlier.

The Hanoverian Terminal was used on the earlier 18th century Fiddle pattern spoons as well but faded in the second half of the 19th c.

Most (but not all) Fiddle patern spoons are thin metal, either copper or silver, like this because they were made by hand from metal sheets that had to be cut and moulded by hand one at a time in a punch and die press.

The cheaper spoons are usually thinner because they could be made faster with both less effort and less material. This was also simply meant to stir tea so it didn't have to be made strong. Good recovery!

great save, love those spoons

Common around here. I believe if they were copper they were plated easily. I like finding them, It's another relic of a personal nature.

Awesome spoon. Congratulations!
You must log in or register to reply here.