✅ SOLVED OUV button possibly? But how?

This button appears to have the letters “OUV” on the front and “WALKER No” and “KING STREET” on the back. This is from an early 19th century site in North Alabama. Research suggests it is an Oxford University Vols button, but that would be pretty hard to imagine being found here.

Any thoughts on what this button represents, time period, etc is greatly appreciated.

What a neat find! Oxford University Volunteers would be my guess too. This is one of the many reasons this hobby is so great! You may want to research the property and it will give you a clue as to how it came to be at the site you found it at.

Here is a newspaper clipping from the Nov 13 1801 London Morning Chronicle with an ad from "Walker's Warehouse" located at 25 King Street.

Also the entry from the British Military Buttons site and some info about the regiment from the listing for the sale of the print from this site:

edited to add a trade card for Abraham Walker from here: 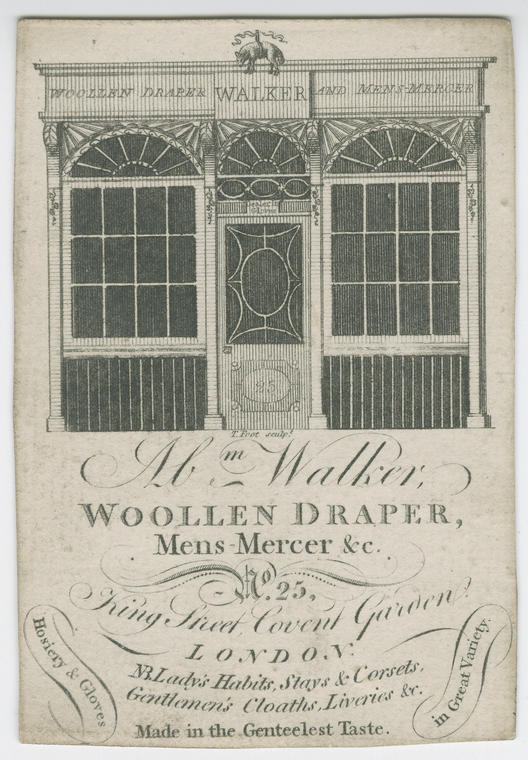 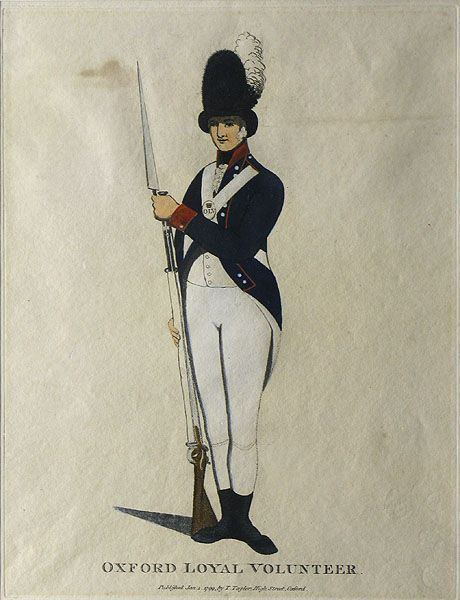 Thomas Taylor Aquatint with hand colouring To face the French threat at the end of the eighteenth century, the Volunteer Act was passed in 1794 which raised volunteer corps and companies fro the general defense of the country incase of invasion. A particular attraction for members of these...

Method Aquatint with hand colouring
Artist Thomas Taylor
Published Published Jan.1.1799, by T. Taylor, High Street, Oxford.
Dimensions Image 230 x 76, Plate 258 x 198 mm, Sheet 370 x 280 mm
Notes To face the French threat at the end of the eighteenth century, the Volunteer Act was passed in 1794 which raised volunteer corps and companies fro the general defense of the country incase of invasion. A particular attraction for members of these volunteer companies was that it gave them exemption from the more onerous militia service and the system was extended by a further Act in 1797. Local support was provided by the Oxford University Volunteers and the Oxford City Volunteers and they were amongst 8000 enthusiastic part-time soldiers who marched past George III in a birthday parade in Hyde park on 4th June, 1799. Whilst the militia was for the lower class, the Volunteers was full of the upper and middle classes.
Click to expand...

ColtsPop, you may have already seen the button Oxford University Vols Ref No: 780 on https://asahelena.wixsite.com/militarybuttons/copy-of-buttons-m-o website. However, there is no backmark on that one where there is on yours. This may be because this or a similar design button was issued in 1798-1801 & again in 1803-1814. One series may have had a backmark the other series not. Or maybe multiple companies manufactured the button and one applied their backmark.
Upvote 1
OP
C

Great stuff Bramblefind, thanks for the information and confirmation!
Upvote 1
You must log in or register to reply here.