I believe this is a cannon projectile. It looks like cast iron. It's 3 5/8" dia x 3 1/2" tall and weighs 6lb 10oz. I haven't found anything like it searching the internet. I would like to know in what time frame it was made and location it might have been made in. My parents had it for as long as I can remember. I have always been curious about it. Also would like to know why the base is cast in the shape it is.

Hopefully the cannonballguy will see this post. If not maybe you can msg him
'
Upvote 3

Various similar versions of that iron/steel object have been turning up in this forum for the past 15 years. It is definitely not an artillery projectile, from any era of artillery history. It has a cylindrical (actually, cylindro-conical) body shape, but it is much too short to function properly as a cylindrical artillery projectile. Also, the two shallow flat-bottomed grooves on opposite sides of the object suggest that it was gripped by something which fit into those grooves. And of course, something else fit into the peculiar-shaped indention in your object's base.

Some cannonball/artillery-projectile collectors have nicknamed it a "nipple slug" or "boob slug" due to the short nipple-like concentric circular projections on its top.

I'll attach photos showing several versions which have previously appeared in this forum.

I wonder if it isn't a part from a pigging system for cleaning pipes, an Antique one?
Upvote 2

Back-of-the-boat said:
I wonder if it isn't a part from a pigging system for cleaning pipes, an Antique one?
Click to expand...

Didn't that come up as an ID (Or Possible ID) on one of the ones listed before?
Upvote 3

Retired Sarge said:
Didn't that come up as an ID (Or Possible ID) on one of the ones listed before?
Click to expand...

I don't know I hadn't seen any of the other posts.
Upvote 2

Back-of-the-boat said:
I don't know I hadn't seen any of the other posts.
Click to expand...

Well damn, I actually posted something similar for a friend.......Forgot all about that!

Posting this for a friend who is a member of a gun forum I'm on. Any help would be greatly appreciated. Below is his original post from the other site. Hopefully Pete aka TheCannonBallGuy will see this also. "Found this in West Virginia digging fence post holes. This was in the Romney WVa area...

It's a counter balance weight of some sort. Maybe for a steelyard? 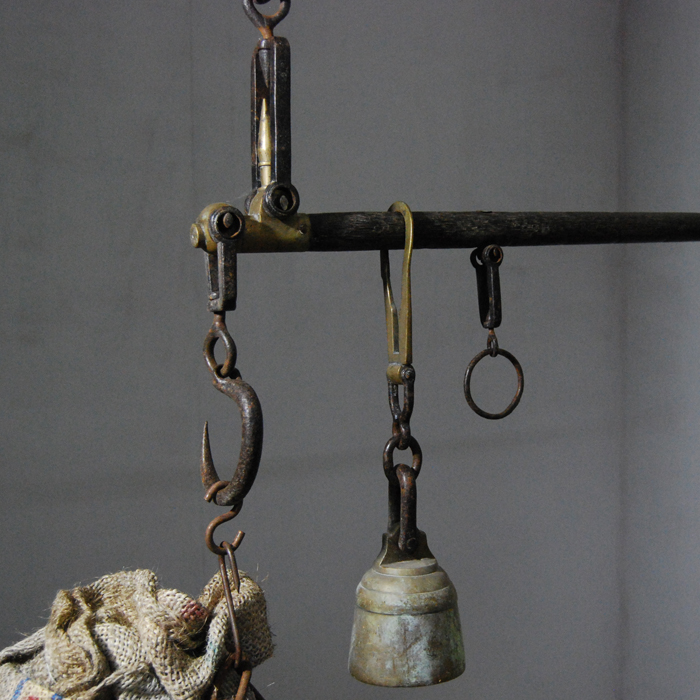 It has green paint on it . Maybe it's John Deere related?
Upvote 1

those slots on the sides remind me of something a retractable key would fit into to snug it up.
Upvote 1

Does a Magnet stick to it ?
Upvote 1
OP
S

Gare said:
Does a Magnet stick to it ?
Click to expand...

Yes a Magnet will stick to it.
Upvote 1
You must log in or register to reply here.

Any idea what this could be?