There are many news stories that do not get worldwide media attention and fly under the radar. This was reported by the ABC News in Australia.

As you can see reworking old mining sites can reveal gold that was missed by the old timers.

A Victorian retiree has struck gold, unearthing a 2-kilogram nugget worth about $130,000 on the outskirts of the old gold rush town Ballarat.

The amateur prospector was searching through old pastureland in a now 'top secret' location when his metal detector started beeping. He started digging and quickly uncovered a .22 lead bullet.


Thinking that was that, he was about to move on ? but his detector was "insistent" there was something else further down.


Located under 30 centimetres of wash under about 15 centimetres of clay was the whopping gold nugget, which has since been named You Wouldn't Believe It.

Mark Day of Gold Ballarat said the man, an amateur enthusiast and customer, had already received offers of $160,000 for his find. "He was shaking like a leaf ? he didn't know what to do with it," Mr Day said.

The prospector, who wishes to remain anonymous, has since gone to ground and is refusing to reveal where he found his nugget. It is not the prospector's first find either ? he uncovered a 42-gram nugget earlier this year.

As you see amigos very few want to reveal details on the site where they detected. As the saying goes there could be more from where that comes from?

Of course there is more, that's why the prospector want to be anonymous and secret location, too...!
OP

eyemustdigtreasure said:
Of course there is more, that's why the prospector want to be anonymous and secret location, too...!
Click to expand...

No fun being claim jumped!

That's in Australia how about Ellis county Texas?

Funny, they look like this when I find them..... 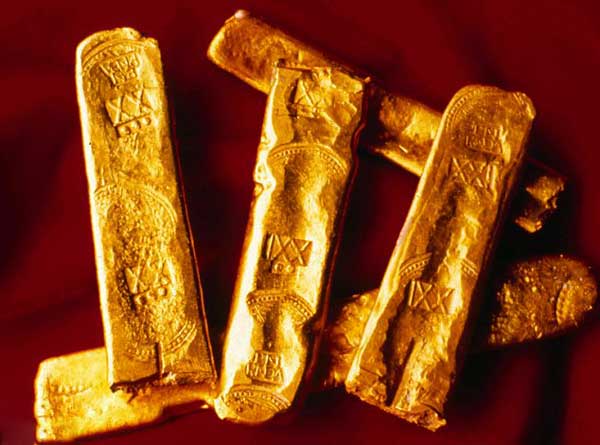 Koko Ali'i said:
Funny, they look like this when I find them.....

Is that the first time you have shared your finds here or is that a joke? Love to hear more about your adventures.

Hola Amigo I think some things are best left unsaid. Some times its better not to be believed than believed.

Better to take the money and run than possibly incriminate oneself through show and tell?

Kanacki
You must log in or register to reply here.

Old horseshoe turns out to be $250k gold nugget