Many years ago, on a lark, I tossed six Roman Coins along the bank of Tule Wash (above the wash itself) in Anza-Borrego Desert. A few years later (2014) I briefly mentioned it in someone else's thread on finding a Roman Coin in the US. To my astonishment, only one person in five pages of posts even mentioned it in a reply, and not one person contacted me regarding it. HAHAHA

So now its nearing the end of 2021, and still I haven't heard from anybody about it, and I haven't seen anyone claiming to have found them. Its funny, because a person could literally drive to within 50 or 60 feet of them. After so many years, that person would likely need a metal detector to find them.

Anybody want some free authentic Roman Coins? It will cost you some time and gas! HAHAHA I'll post a map to their location, and if you send me a pic, I'll confirm it. 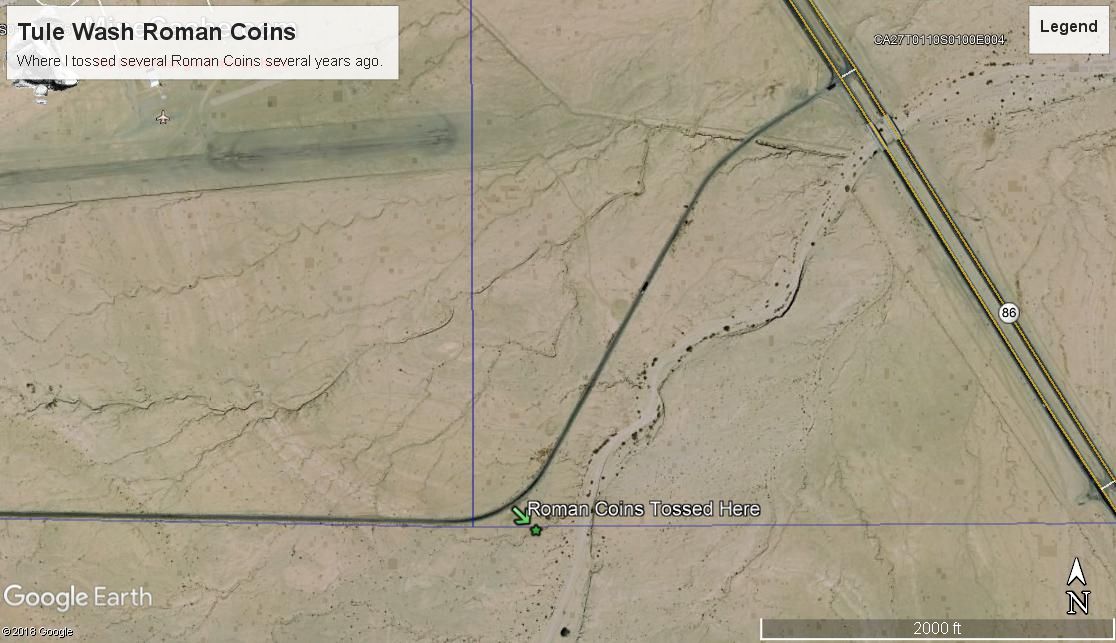 If you are driving South along Highway 86, you take a right onto the road to the landfill. In a bit, it makes a sweeping right turn, then is straight as an arrow all the way to the landfill. Between the road and the wash. They should still be there.

I'll send my cousin or my brother they live close one lives in Alpine the other in Julian. they both have detectors.
OP

Back-of-the-boat said:
I'll send my cousin or my brother they live close one lives in Alpine the other in Julian. they both have detectors.
Click to expand...

HAHAHA You're the only one that mentioned it in 2014 when it first posted! LOL Better get somebody on it. I was about to give the location to Pegleglooker. I think he still lives around Palm Springs.

The next time I head out that way, I'll take a look if they haven't been found by then. I just flew right over that spot yesterday!

Let Pegleg go after them I didn't get a response back from my brother or cousin.
You must log in or register to reply here.