Nearly 1,000 years ago, a knight sailing to the Holy Land during The Crusades dropped his sword into the Mediterranean Sea.

Almost a millennium later, a sharp-eyed scuba diver spotted the meter-long blade in a natural cove beneath the waves.

That's the historic backdrop painted by Yaakov Sharvit, director of the Israel Antiquities Authority marine archeology unit, who is doing research on the blade.

The sword is encrusted with shells and marine organisms, but the shape of the hilt and blade was undeniable, even partially hidden beneath the sand and sea life. 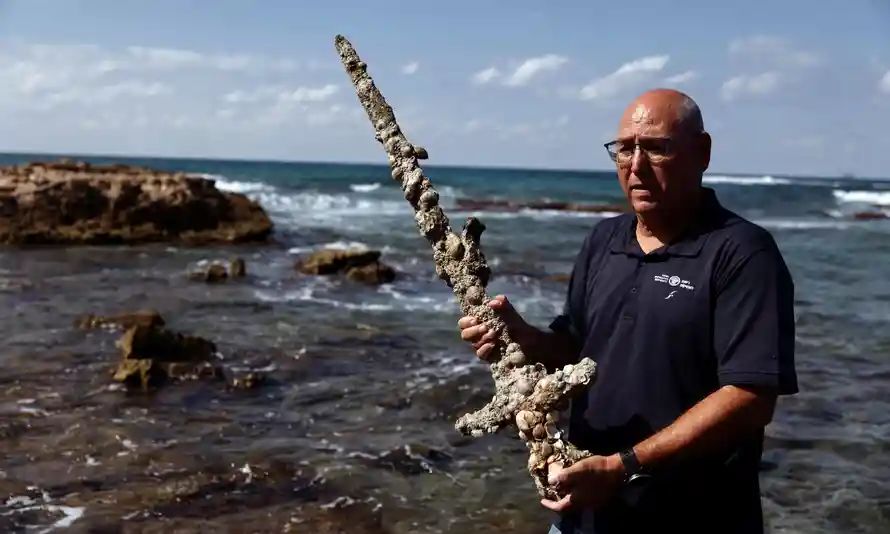 Utterly amazing perhaps the marine growth prevented the sword from rusting away?

Like to see that baby when its cleaned up ;

One would need a set of pipes the swing that one around.
Great recovery
Thanks for posting it up.
You must log in or register to reply here.

An ancient tunnel built by the Knights Templar was lost for 700 years, only to be discovered...