I won't admit how much time, money and effort I put in to find this wreck; and I never did, but glad it has finally been found.
It carried with it a lot of California history and ( dare I forget) gold. 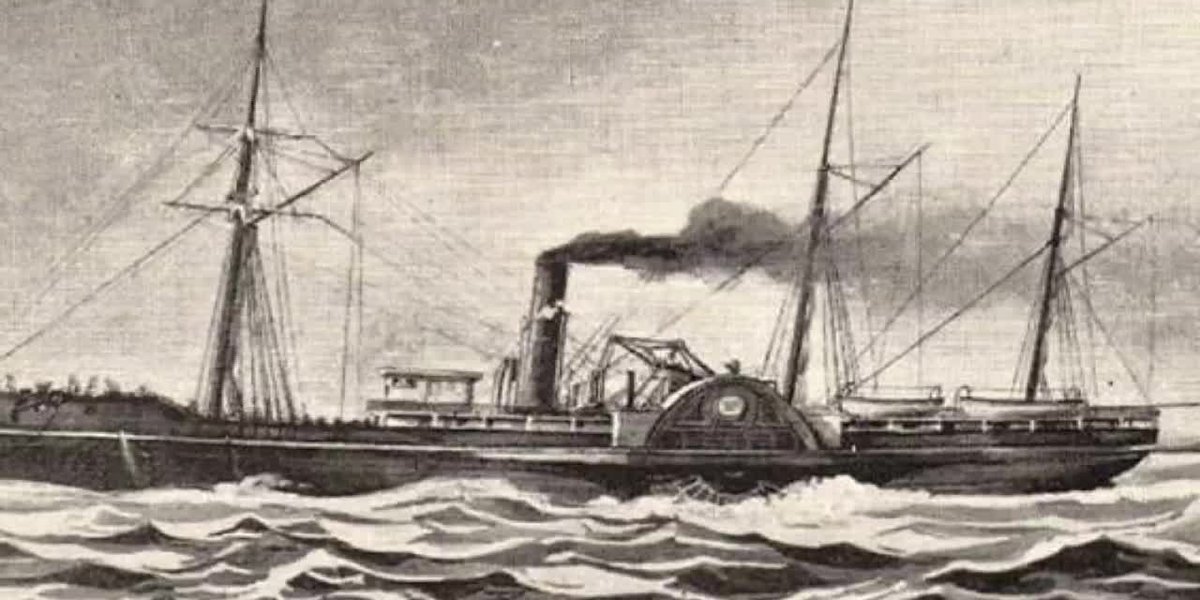 The steamship S.S. Pacific went down in November of 1875 with the loss of at least 325 passengers on board.

pretty cool, I find it fascinating about the old shipwrecks being found.
good column and video - thanks for sharing

Fisherman brought up some old coal which chemically matched coal on ship. Story I'd been told (a year or so ago) was that a gold ingot got caught in the net by the fisherman. Amazing how story details can grow into found treasure.

Maybe there was another fisherman before this one? Story water depth on ingot was over 1,000 ft also.

Think it will be like the ss republic Don ?? Wonder if it will have all those crazy bars and bullion like the republic had !!

Red_desert said:
Maybe there was another fisherman before this one? Story water depth on ingot was over 1,000 ft also.
Click to expand...

Thats a long way down to snag an ingot !! Lucky ass fisherman.

I have a map with the location somewhere, since wreck is found no need to get it now.
OP

Blak bart said:
Think it will be like the ss republic Don ?? Wonder if it will have all those crazy bars and bullion like the republic had !!
Click to expand...

If found, another E. Lee Spence may jump in and cloud the issue as to 'Who's treasure is it?"
Don....
P 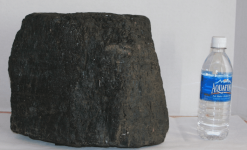 This coal piece is mine. It too was snagged off the coast of Washington. I also discovered some wreckage. The location is Not in 1,000 foot depth. So it's probably another wreck. I have enough to file an in rem action. My congratulations go out to Jeff Hummel.
W

How do they know the coal is a match? Did they keep databases, or a log of where the coal was purchased?
P

I can't comment on Jeff Hummel's testing, but my coal was tested too and matches the mineral composition of coal from the West Coast, including the coal sold to steamships not far from Victoria, Canada....a popular coaling spot in the time period. I also met with members of the tribal council in La Push, WA. I had the honor to sit with one of the last, if not the last, Quileute speaking tribe members...who told me the story handed down to him of the recovery of bodies and other material from the SS Pacific. Very interesting story, I just love history.

Turns out the snagged gold ingot is from another story in water 800-900 ft depth. Wreck never was salvaged because no backers were interested (spot gold price may have been too low).

Finders, keepers: Treasures lost at sea can be claimed by those who discover them — unless the US government is involved

I have been following the 'Pacific' story for many decades now.. I never really gave it a serious look because I did not have the resources to undertake such an endeavour..If this is indeed the ship, a huge congratulations to the finder.

The reporter in the video certainly messed up part of the tale. The 'Pacific' was travelling from Victoria, B.C., not Seattle, to San Francisco. And in an ironic twist, the Orpheus, the ship that collided with the Pacific, sank a few hours later in Barclay Sound on Vancouver Island.

one of the most heart wrenching parts of the sinking was the fact that a young lady, Miss Fannie Palmer, left on the ship.. A few days after the sinking, her body washed up in sight of her home in Victoria

Another article with more pictures and video. He says wreck 'remarkably intact' but I hardly doubt that as wooden vessel and draggers would have been snagging it for years? 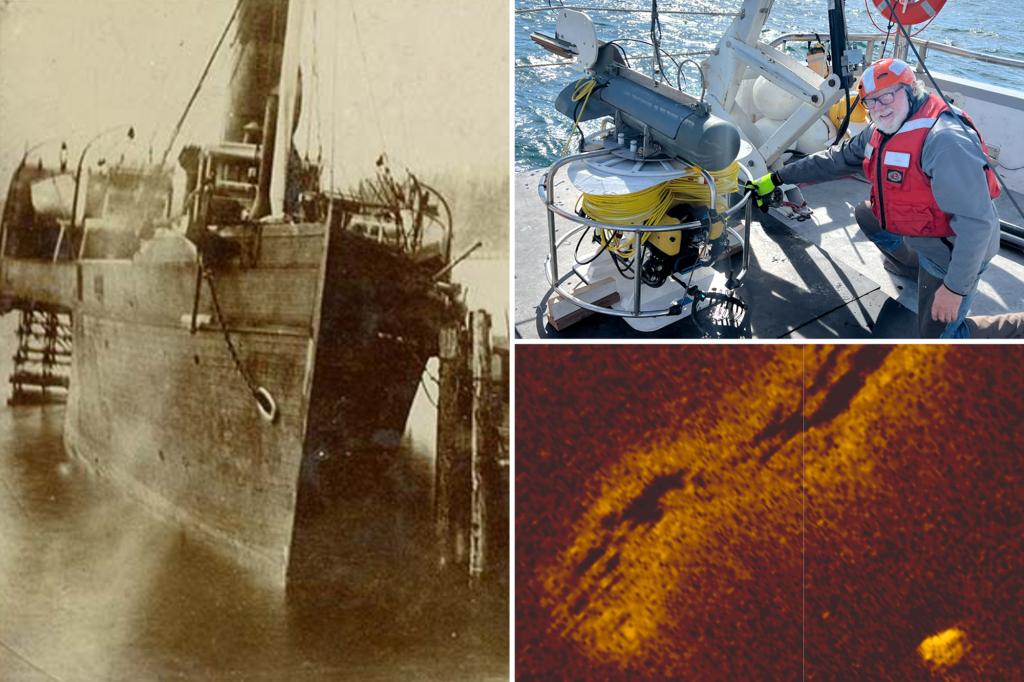 “The wreck is in an incredible state of preservation,” says a spokesperson.

Looks like they get salvage rights to the ship.

https://www.msn.com/en-us/news/us/u...ee25cfe644f3b3af55f456cf0e3f#image=39iscovery Of Centuries-Old Secrets That Lurked Beneath The Golden Gate Bridge


Accidental Discovery
The only vestige found of the U.S.S. Conestoga, after it departed from Mare Island in California, was its lifeboat. The forlorn little boat was found listlessly floating in the open sea. A hundred years since its mysterious disappearance, the original members of its search and rescue teams have now long since passed on themselves. So, the NOAA researchers were lucky to stumble upon it.

This makes us wonder how many more secrets are still submerged, waiting for inadvertent sonar beams to echo back up the telling contours of buried historical treasures. Hopefully, we won’t have to wait another hundred years for the answer.

300 Estimated Shipwrecks
The influx of hundreds of thousands of gold-seekers had many effects on the city of San Francisco. Sadly, this involved the region seeing many of its indigenous peoples being marginalized. It was a risky venture, but people took their chances on back-breaking work that could open up years’ worth of profit.

This used to be a vital American port for the trade industry. The ship traffic in the area was at its peak during the Gold Rush, despite the channel’s deadly current and strong winds. This explains why so many sunken vessels have been found.

Found Below the Bridge
Researchers can only imagine the new excitement that comes to every traveler dreaming of new beginnings. This joy was infused in the hearts of the ship’s passengers as they neared the bridge, just minutes before the accidental collision that also killed two children.

More than 120 years after that tragic accident, some remains of the sliced-up ship still rest approximately 400 feet below the Golden Gate Bridge. A ghost ship existing in another dimension, this wreck is invisible to the traffic cruising above it. The next famous discovery was the S.S. City of Rio de Janeiro.

However, the City of Chester was carried by the tide beneath it into the incoming ship’s path, and it was cut in half. Oceanic cut into it like a knife through warm butter. Sixteen people aboard the Chester died, despite valiant efforts to save them.

Steamship City of Rio de Janeiro
Early voyagers relied so much on human ability and rudimentary senses capable only of giving approximations when crossing vast oceans or narrow channels. They were highly vulnerable to errors, as the crew of the S.S. City of Rio de Janeiro discovered when they were painfully close to their destination.

Without modern equipment, entry into San Francisco had so many hidden hazards. The fog was dense, an outbound ship could be on a collision course, and the undercurrent and strong winds could be wild even when there wasn’t a storm raging.
Last edited: Dec 12, 2022

Came across an article (posted above) showing the potential of "Gold Rush" era shipwreck finds. It suggests many more undiscovered are still out there waiting to be found.
You must log in or register to reply here.

Atocha emerald to be auctioned off

Can you help a brother out?