Found in the desert scrub in the middle of nowhere in southern New Mexico, obviously been there a very long time. Have been following a hunch on a possible cache site and need to know an appx. age for this 'relic' to narrow down a time frame.

The raised star on bottom and top (hard to see on top) has me thinking it's an old gallon Texaco oil can, but the funky opening on the top is throwing me. There's a screw/bolt going through the opening that attached to some now missing part, maybe a spout? But the whole opening is strangely designed if for pouring? I've included close-ups of both inside & out so you can see what I mean. Actually, I even considered an old battery box as one entire side panel is missing (possibly a lid?).

No other markings remain other than the big star emblems. I've scoured the net for old Texaco stuff and found nothing with the raised star on top and bottom. I'm stymied on this one. Hoping one of you folks can help me out on the I.D. and an appx. age. I apologize in advance for the pics, the sunlight washed them out some. 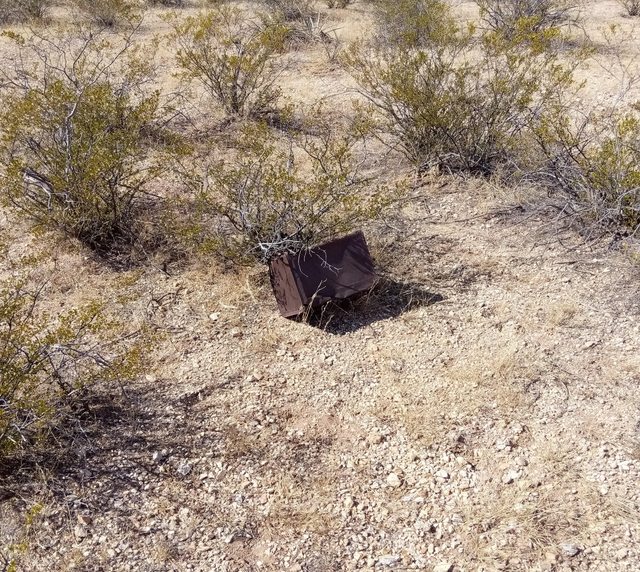 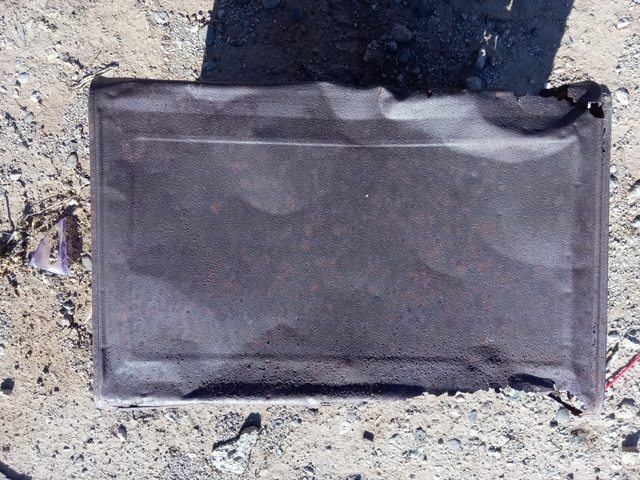 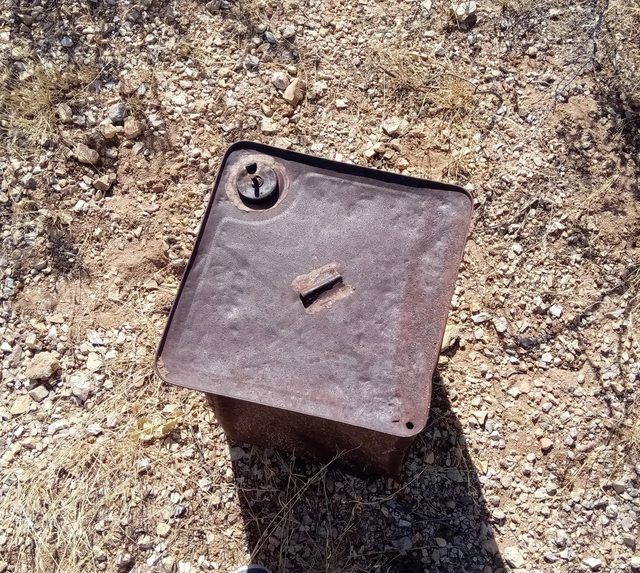 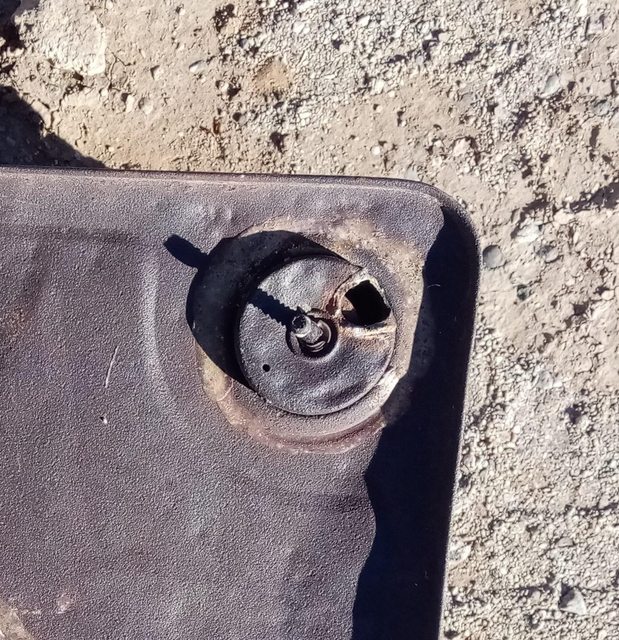 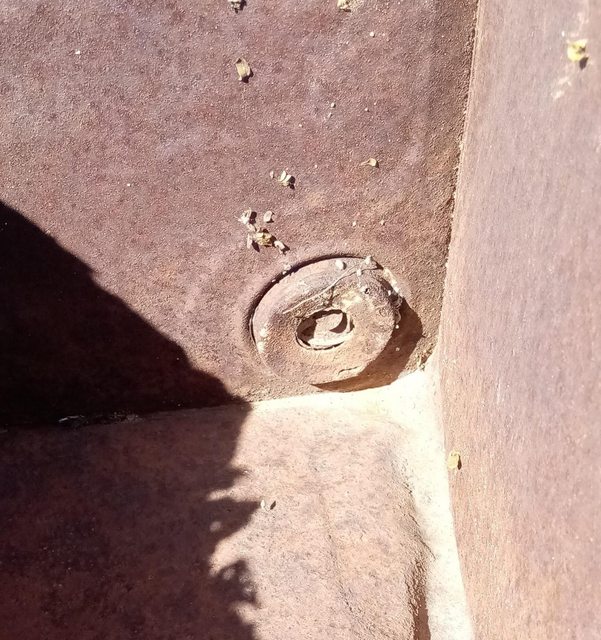 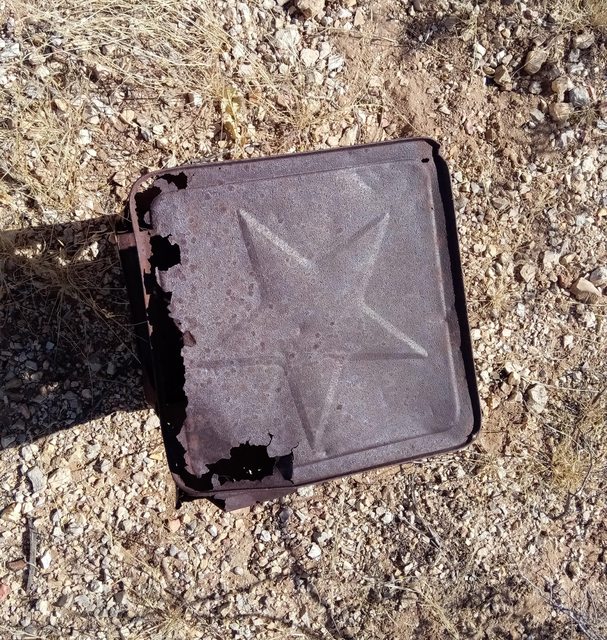 Thanks for looking. Y'all Have a Good'un. 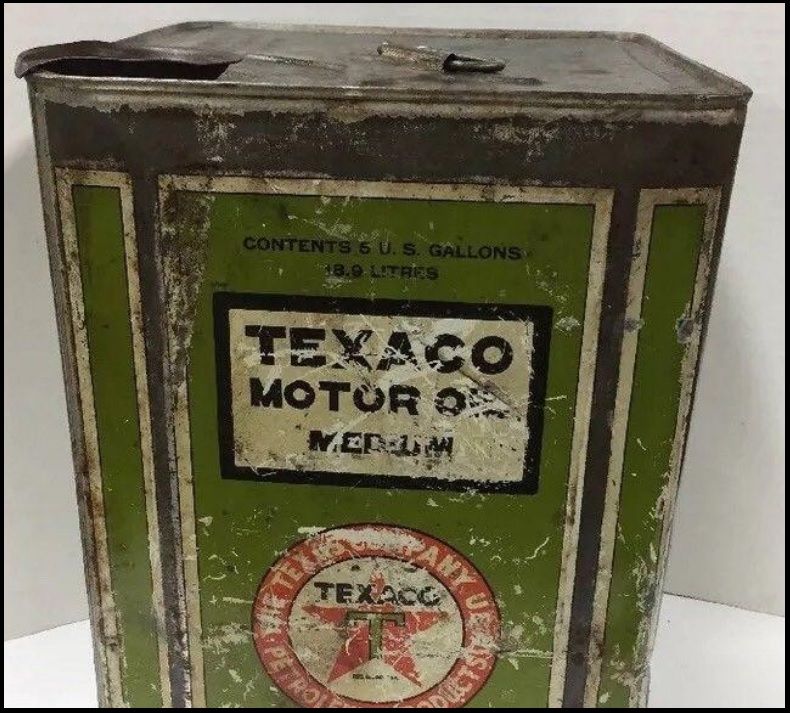 You know, I hadn't even considered that, thanks. 👍 Could very well be.
Upvote 1
OP

That's pretty dang close, and right in the time frame I was hoping for. I was pretty sure it was Texaco but couldn't find anything with that raised star stamped into the top and bottom. Sure wish I could see the top of that one better. I do see some slight difference in the raised stamping on the front there. Only the center is raised on mine, where the center and sides are raised on that one it looks like. But the difference is only slight.

Thanks! You may have nailed it. 👍
Upvote 1

Here's another angle, if it might help. We're looking at 14 inches by 9 1/2 inches square on this one. 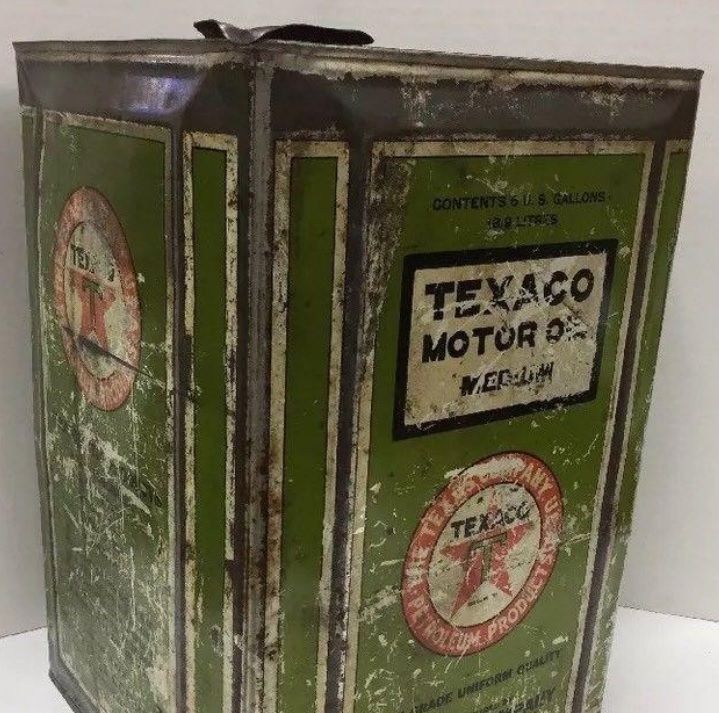 As I said before, there are some minor differences, but it's very close. For instance, in the green areas on yours the metal is raised/stamped...with 3 raised areas on each side ( one large in center and 2 narrow ones flanking it on each side ). On mine only the center of the metal is raised on each side. Also, mine measures 13 1/2" by 9 1/4". So yes, very close but not identical. I'm fairly sure it's from the same time period, just a slight variation in the design.

In any case, the dating is close for my intended research. You've been a great help, thank you. 👍
Upvote 1
You must log in or register to reply here.