The Mysterious Treasure of Deadman Cave

I have researched this elusive treasure for awhile now. I find W.C. Jameson's account to be fascinating. If anyone in Colorado would like to partner up on this particular treasure, please contact me. Here is a summary:

"There is one cave in the Sangre de Cristo Range, however, that is much, much more. Deep inside this cave lies an unbelievable large cache of gold ingots, all bearing marks of a Spanish smelter. How this gold, millions of dollars worth of it, came to be stored in this cave is a mystery that has never been solved."

Basically three men who were all geologists and avid prospectors from Silver Cliff were out prospecting. The weather turned bad so they sought shelter under a ledge high in a canyon. They waited there awhile until they spotted an opening across the canyon on the other side. They all crossed to it and found a natural tunnel that went in twenty feet. They entered into a small chamber and soon found another tunnel in the back. This one led to a huge chamber for which their only flashlight could not illuminate. They went back outside and gathered wood and made a fire in the large chamber which illuminated the space enough to explore. The first thing found was a skull. They next found a half collapsed tunnel which they followed into another small chamber. Against the far wall the found a large pile of what they believed to be rocks. They ran a torch over the pile of objects. There was a heavy layer of dust that suggested the pile had been there for many centuries. They discovered the entire stack consisted of gold bars. They counted 400 of them and noticed each was imprinted with a Christian cross topped with an inverted carat. One of the men had noticed there were two more passageways leading from the large chamber. Their flashlight was fading so they each took a gold ingot and left the cave planning to return soon. When they made it back to Silver Cliff they had the bars assayed and learned that each was worth $900.00 in gold. They also learned the imprinting was of Spanish origin. They learned the last known mining by Spanish in that area was 400 years ago. All three men sold their gold bars to fund a return trip to the cave. (Here comes the rub) Since the winter season had set in they decided to wait for Spring. They set out again in April. As the snow had been melting they became disoriented as they climbed to the higher canyons. Trails split off in many directions and they finally had to admit after many days of searching that could not find the cave or the ledge they sheltered under. After two years of searching the three admitted defeat and gave up the search. The evidence being the gold ingots was witnessed by many. Many have tried to search but there have been no reports of discovery after this time. Somewhere around 13,000 feet lies a fortune just waiting to be claimed.
J

I've read that one. Could have be covered by a landslide possibly, or is still there waiting for me! 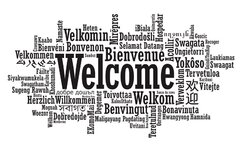 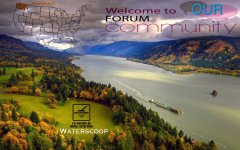 Welcome to our forum. I wish we would be closer geographically I would . 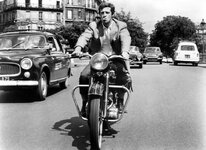 Check and see if it was covered in the newspapers, then if any names are used in the story, search for those names in old newspaper archives.
OP
E

I live pretty far from Colorado right now, but plan a ten day prospecting trip in the summer of '19. I'll be following up on all the research then. Maybe you would like to partner up for that trip? I'll be looking for old mines or that elusive quartz and gold vein.
OP
E

The three geologists are named in Jameson's book. I hope to run into one of them, but doubt they are still alive. There are several versions of this story btw.
T

Well run a check on those names! There is a chance you might find nothing on them. I have discovered some names added to some Montana stories, failed to turn up with train robberies.
T

And yes many stories have several versions.
T

Please don’t waste your time with this, I have already found this!
J

I remember something about after the storm cleared, they had a view of a few different prominent landmarks from the cave. A buddy of mine has a line of sight mapping app that narrows it down but still a big area to find a small cave opening. Best we could do was triangulate from their description to get a guess but we haven't been there yet.
I have too many of these I'm working on putting together haha. If I could find one it would finance the rest!
There's a gulch up the road from me called snowblind and two prospectors died there one winter. They were digging POUNDS of gold from the report but got greedy and stayed too long into winter. They were found in spring but no one has found their dig site. Another legend on the back burner to dream about!
T

I have been enjoying what you folks are sharing, thanks
T

treasure_hunter_2004 said:
Please don’t waste your time with this, I have already found this!
Click to expand...

Since you have already found the gold, can you at least share which cave it was in? My group would like to go to the cave for the adventure.
C

Treasure_Hunter_2021 said:
Since you have already found the gold, can you at least share which cave it was in? My group would like to go to the cave for the adventure.
Click to expand...

Have you been up there before? I'd love to see the caves myself!

What year was this alleged to have taken place?
M

China. Spend my summers in the Colorado rockies lo

So you already found the deadman's cave? Was there gold in it? When did you find it?
You must log in or register to reply here.

New to the hobby