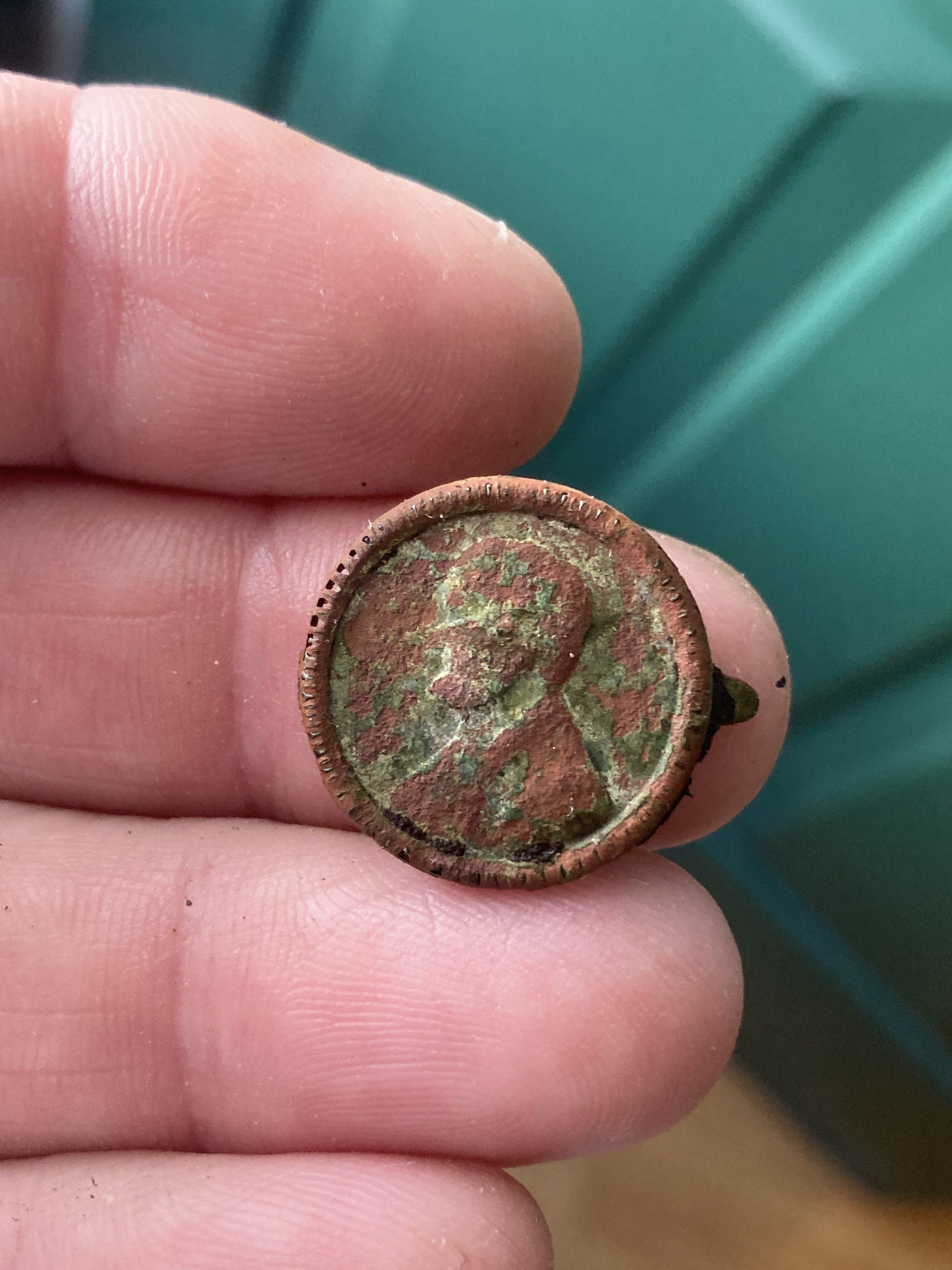 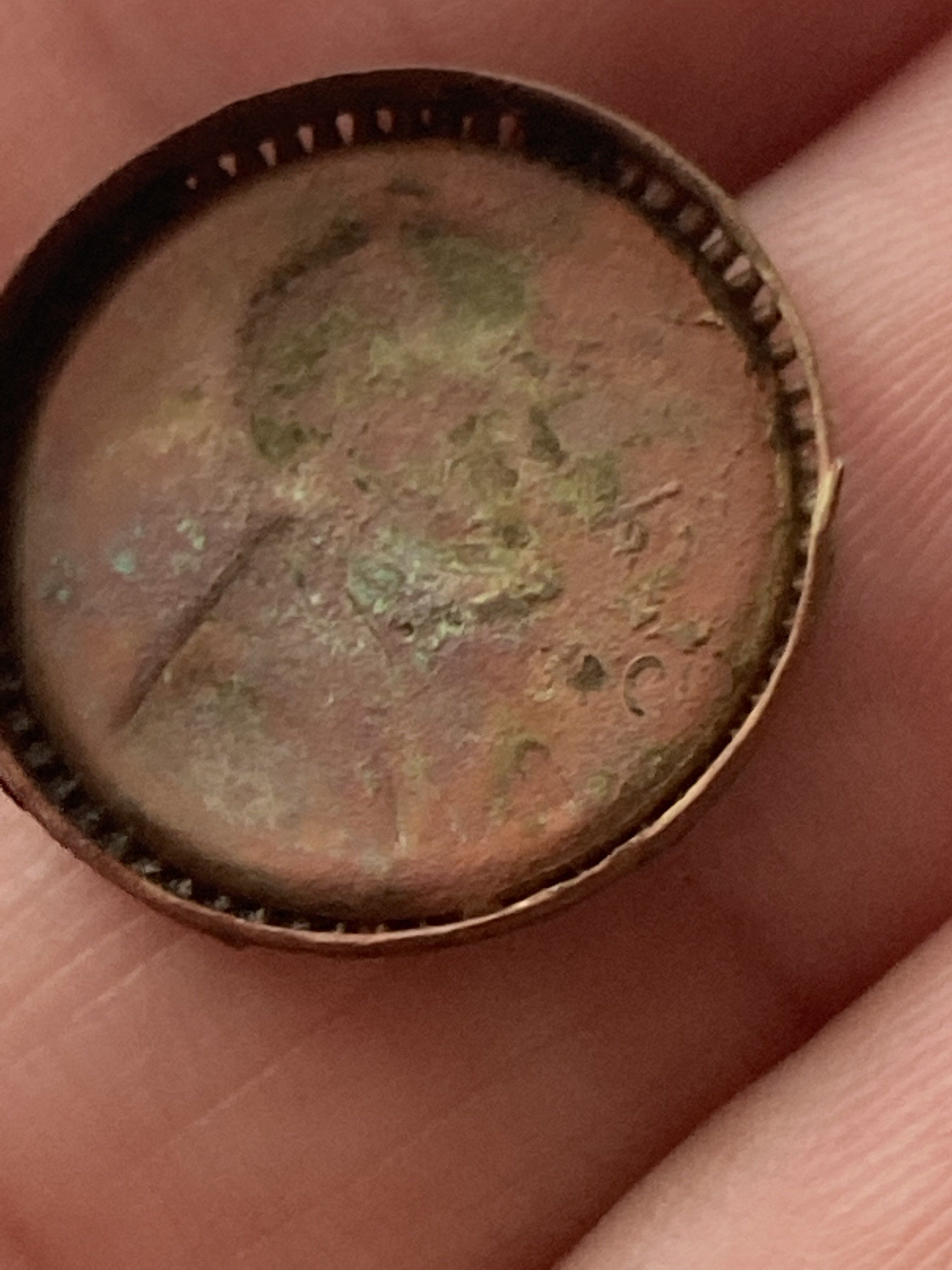 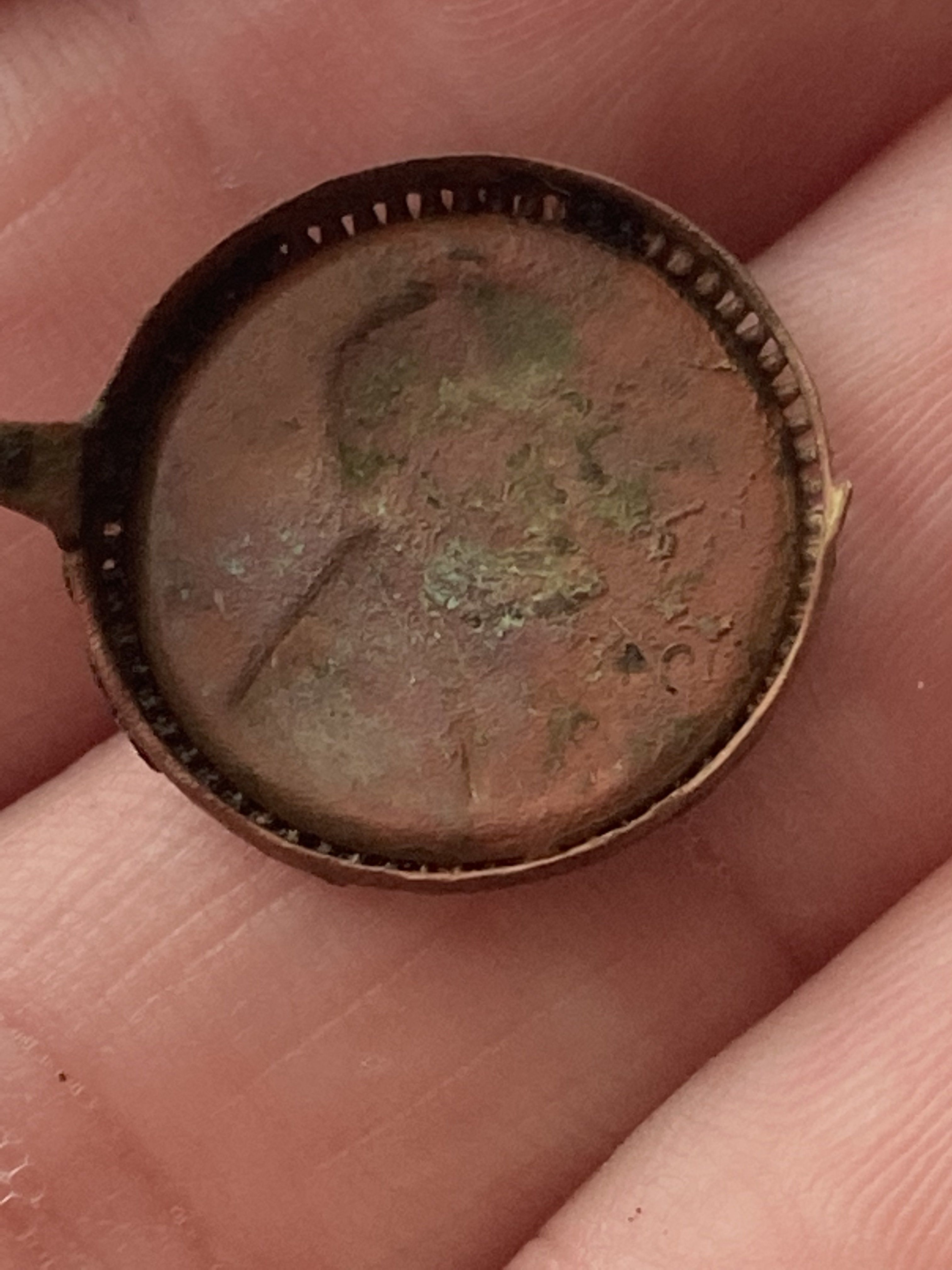 This is my first time posting since the site has been changed so hopefully I do this correctly. I dug this at a location where there used to be a schoolhouse from 1865 to somewhere around the 1940s. Now there is only a partial foundation and several bottle dumps. It seems to have an imprint of a penny and I believe a date of 1945. It is made of thin copper and has 2 tabs as if it was mounted to something. I’ve never seen this before. Any ideas on what it once was?
Sort by date Sort by votes

I don't think it was made by an impression of a cent piece. I think it is part of a pin, either for the 100th anniversary of his birth (1909) or commemorative of his death. It could be based on the cent piece portrait, although other similar portraits were not uncommon.

Here is a sample of an 100th anniversary ribbon or poster - note the similar design to the cent piece. 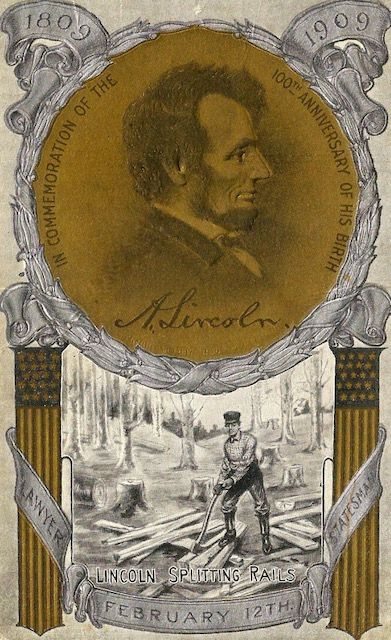 Thanks for the response. In the one picture of the backside it appears to have a date of 1945. It is also the same size as an actual penny.
Upvote 0

BenVa68 said:
Thanks for the response. In the one picture of the backside it appears to have a date of 1945. It is also the same size as an actual penny.
Click to expand...

Ah, you are correct...I didn't see the impression of the date before. There goes that theory!

A zinc cent dipped in acid will look some what like that?
Upvote 0
OP

Tony in SC said:
A zinc cent dipped in acid will look some what like that?
Click to expand...

This is definitely not an actual penny. It looks like it was something that was meant to hold a penny because of the tabs and holes all around the edges.
Upvote 0
You must log in or register to reply here.

Another button I need help with please!