Got permission for a yard that was just off the railroad tracks where I hoped settlers had camped when they came to settle Indian Territory around 1908 in south central South Dakota. The owner thought it had been detected before, but I soon found it had never been touched. Found some great coins, but none prior to the 1908 land rush and some other interesting stuff. Silvers, wheaties, copper pennies and clad, including a 50 cent token from Peters and Backeberg of Staplehurst, NE. (can't find either name in 1900-1930 census' for that town), a Union Pacific token? that says Road of the Streamliners on one side and Road of the Challenger on the other. Two toy cars, a big lead plug, a

? metal piece, and a deep down dome button cover. The biggest puzzler is the coal like rock that drives my detector and pin pointer crazy. 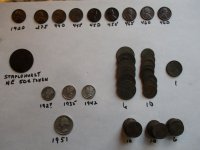 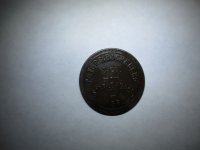 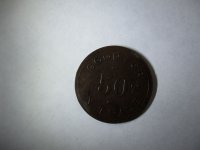 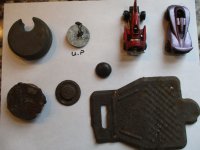 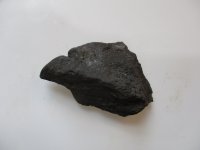 Congrats on the research! It paid off, and there's probably more there!
L

Did some more research and found that in 1920, Wm. Backeberg was the son in law of Fred Peters. He and his wife Lille were living with her parents, and he and his FIL were co-proprietors of a General Merchandise store. So, this token is from around 1920.
William died in 1979, about 30 miles from where this token was found. 261 miles from the original Staplehurst site.
C

Definitely some pretty cool finds keep at it

great hunt and really cool finds. thanks for posting and love that silver

Another Bucket lister this afternoon