Found the two halves of this thing on separate occasions and only now realized they go together. Heavy metal—iron I think? I think it’s got some age but maybe flappers were into incense? (Found near a mid-19th c. house.)

I think you might be right about that.
Upvote 4 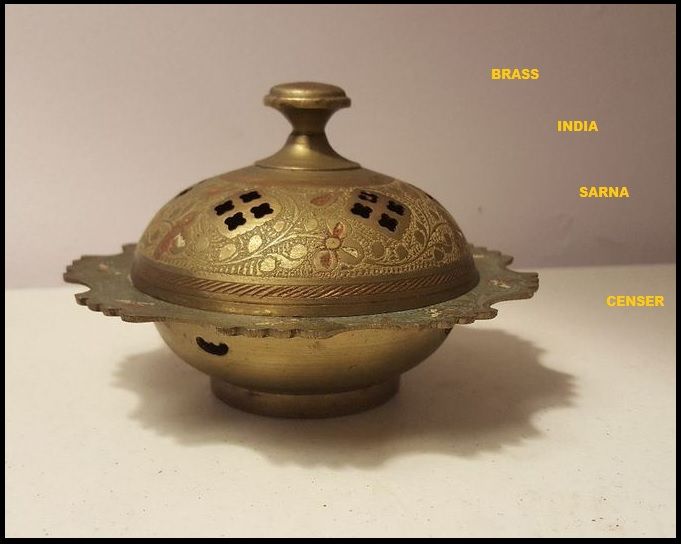 I've seen lots of little brass/bronze ones but not in iron. Hippie/head shop stuff from the late 60's & into 1970's usually. Gonesh incense cones from places like Spencer's at malls. ;-)
Upvote 2

Does anyone know if these came originally from Japan or China? That is my best guess. But no, I bet this is a 1960's-1970's created item.

I find similar things quite often in the ocean, used by Hindus for prayers and often bequeathed to the ocean as an offering during holidays such as Diwali. No doubt similar artifacts have been used for thosands of years so ascertaining a date for yours is challenging, though the Hippie Theory proposed by Charlie I think makes sense. 1960's-70's kids playing in the woods playing with their new found love of Eastern culture and Hashish.
Upvote 1

India would be my guess for the majority.
Upvote 1
You must log in or register to reply here.