Hey hey diggers!
It's been a minute since I posted some finds but this one was just too good not to share!
Spent a few good hours on a site Iron Patch and I discovered last week...check his post Old Louis and George Bros. and you'll get the idea.
Our second stab produced equally as good and maybe better results in finds and quality.
In a couple of hunts the early British colonial site gave me my best finds while IPs best were from the Acadian sites only meters away in the very same field.
Best results for my efforts were two early militia buttons from our area St John's Volunteers and Island St Johns Provincials...both desirable buttons! A blowhole artillery and a WWl army insignia were found at later sites in adjacent fields on the same day.
The spinner watch fob wax seal matrix was an awesome find...super condition and a beautiful stone...orangey red...carnelian maybe? I'm showing both sides..
It's that nice !
And....the big one! 1804 dollar..five shillings Bank of England . What a first for me! Big ole silver in really nice shape.
Interesting find...theres a "JP" counterstamp on George's neck and you can make out elements of the Spanish American 8 reales these were overstruck on and the under type is visible in areas...along with a couple of plough kisses she's a beauty!
Hopefully I'll get back out again soon and have some more great finds to share with all of you! 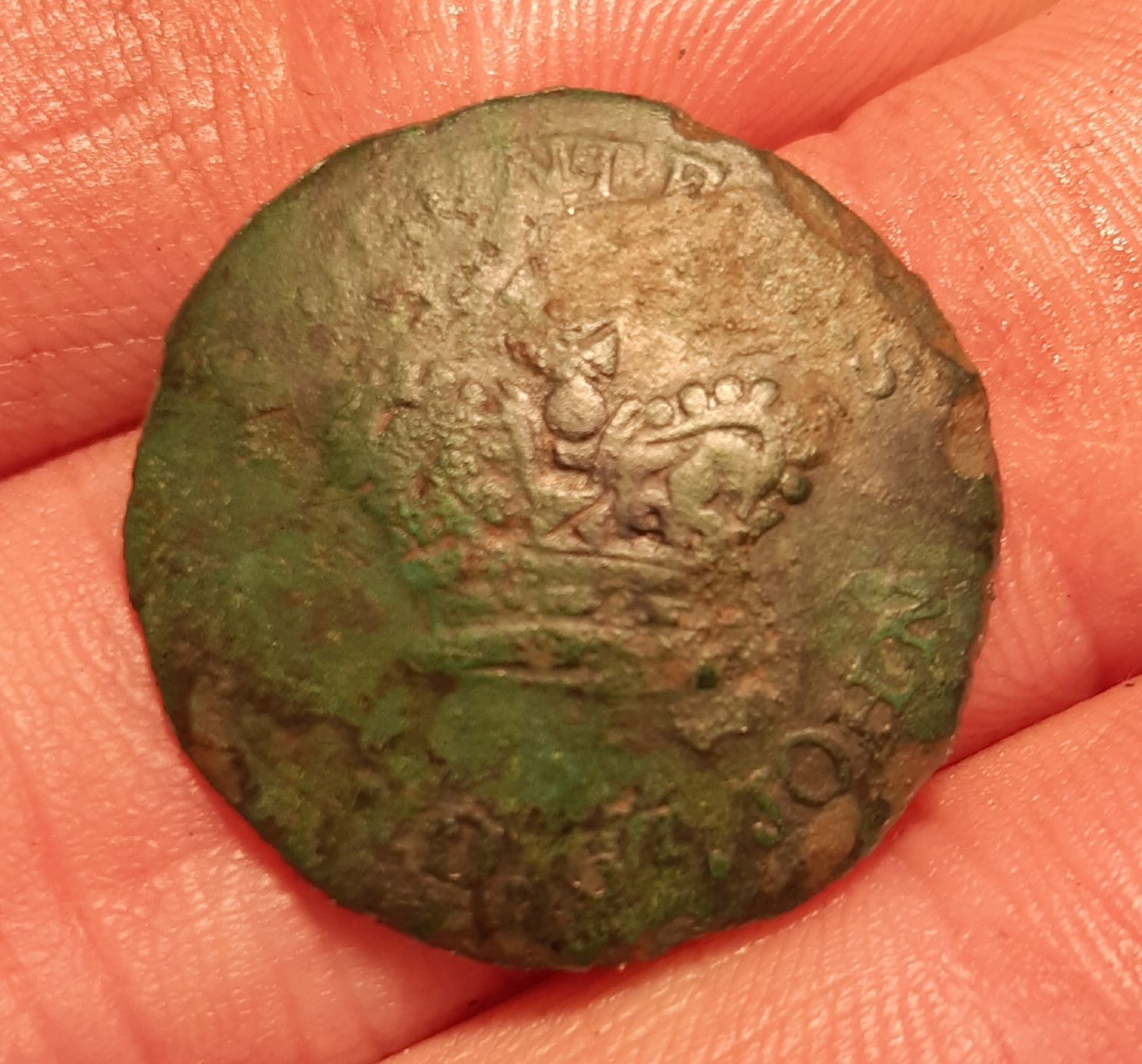 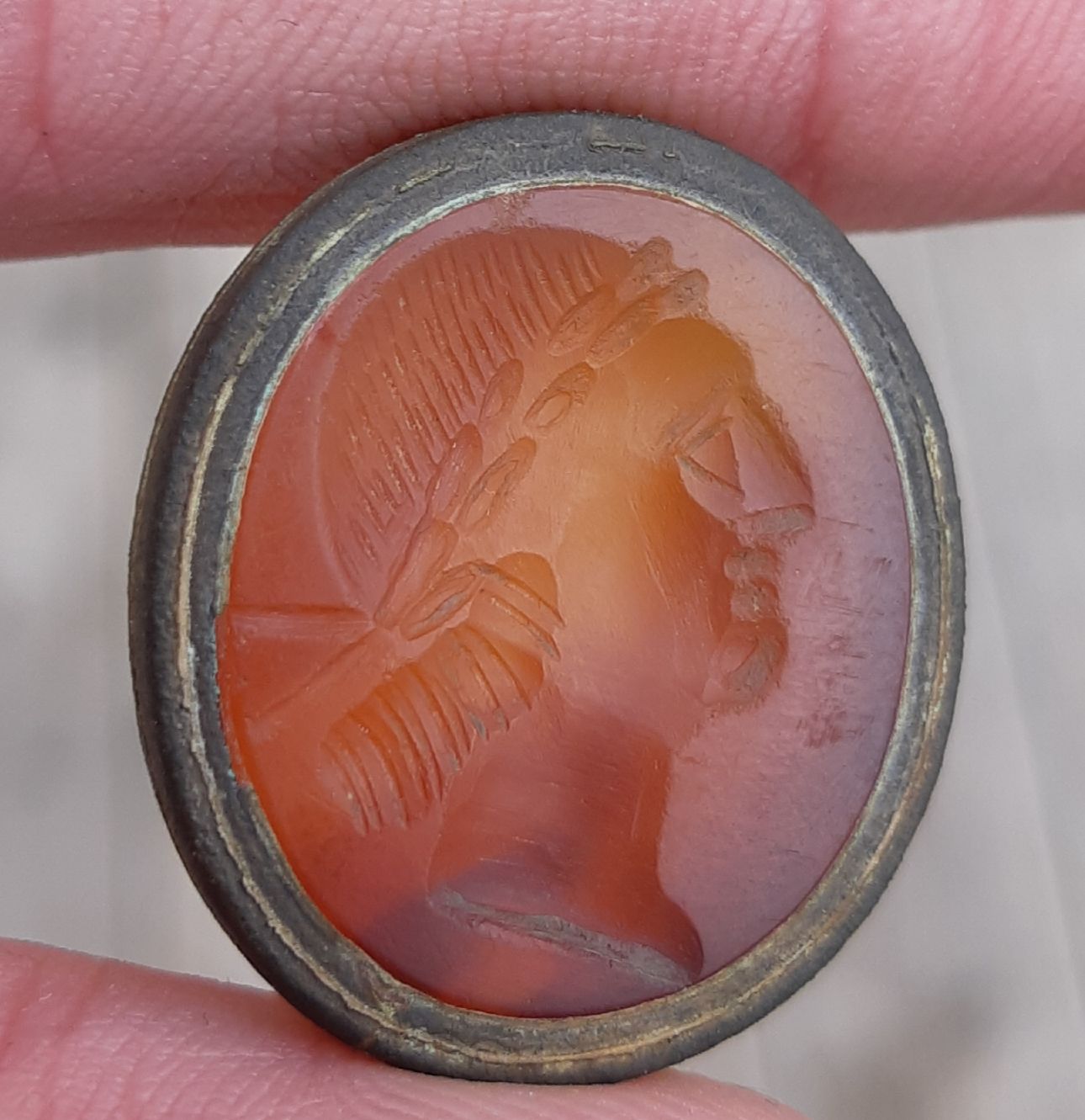 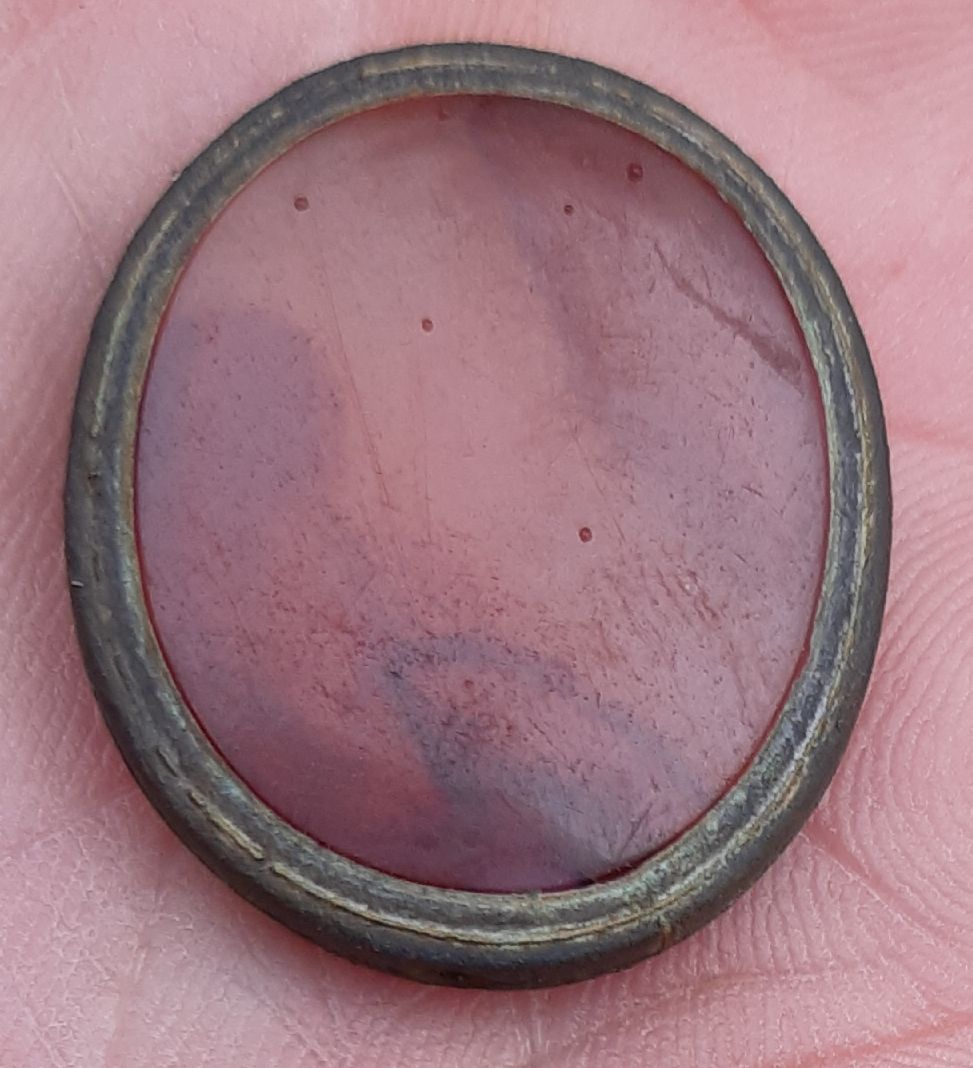 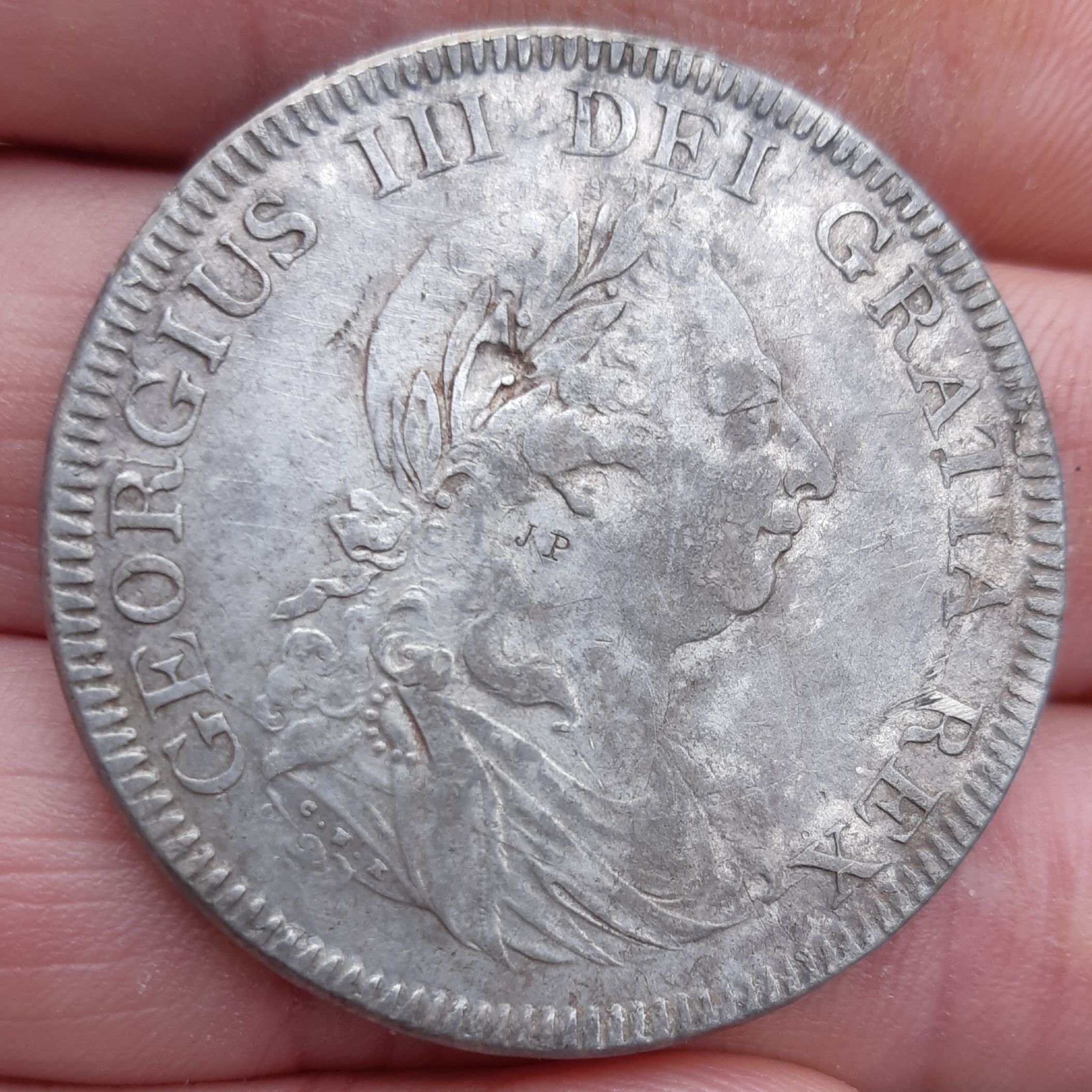 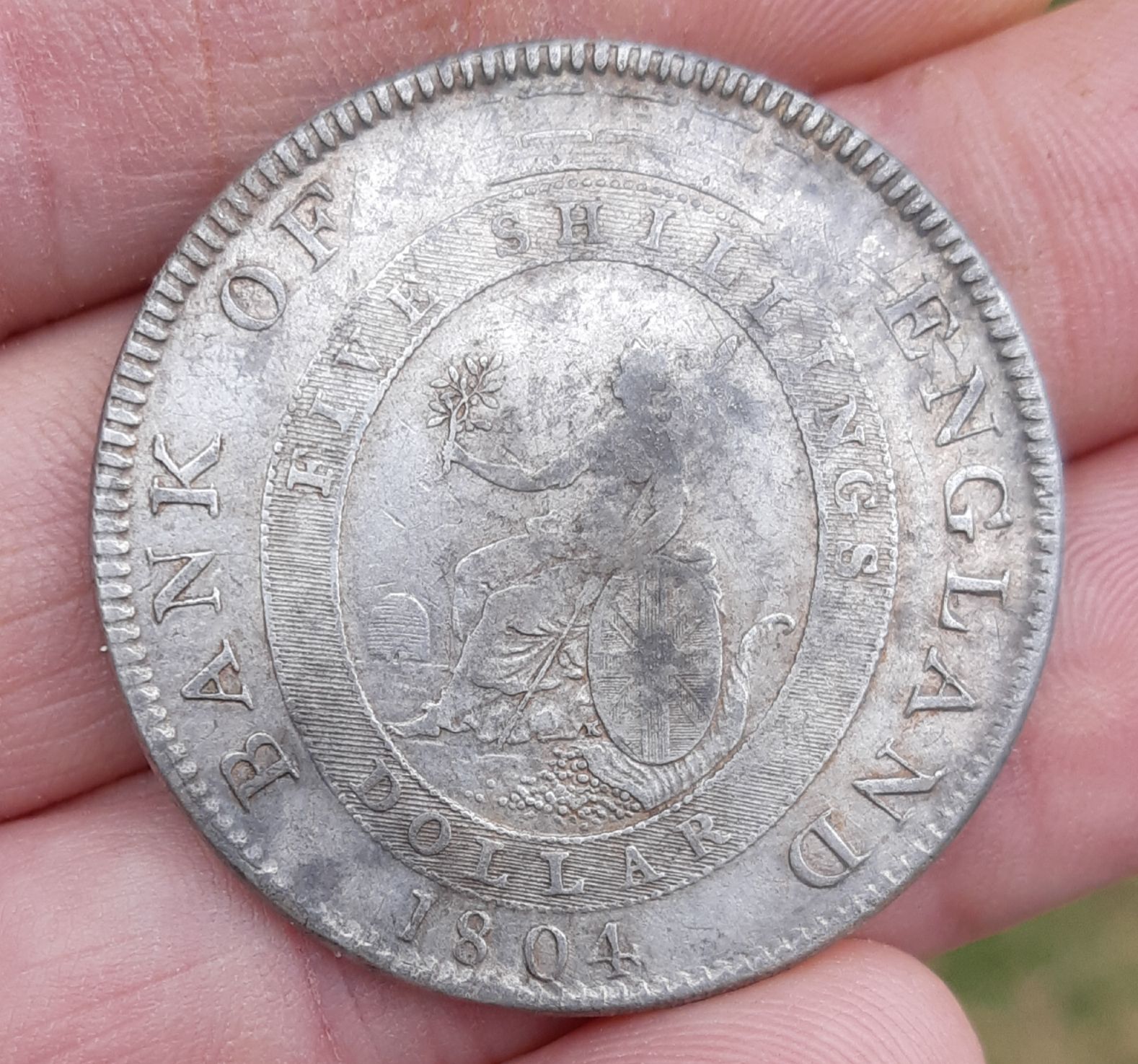 This is truly an AMAZING recovery
Thanks again for sharing !!
OP

Truth said:
All I can say is incredible great job banner all the way
Click to expand...

Gare said:
This is truly an AMAZING recovery
Thanks again for sharing !!
Click to expand...

Every time I find one of those I'll post it up right away lol....I do hope I do get the chance to get another great coin to share with everyone
You must log in or register to reply here.