It’s the discovery of a lifetime — an 8-ton nephrite jade boulder.


Jason Henry was on the verge of giving up when he made the greatest geological discovery of his life.

Henry, 38, a Darrington native who lives in Marblemount, spent the summer prospecting for the valuable gemstone nephrite jade near Helena Ridge, about 10 miles south of his hometown. After seeing jade from the area displayed in Darrington businesses, he was inspired to go looking for it. But coming home empty-handed was wearing him thin.

“I was getting worn out,” Henry said. “It got to a point where I was thinking, ‘I need to find something or switch gears and put time in elsewhere.’”

Nephrite, known for its green varieties, is a form of jade created from colliding tectonic plates. It’s one of the most valuable gemstones in the world, along with its counterpart, jadeite, which is most commonly found in Burma and Guatemala.

British Columbia is the largest producer and exporter of nephrite in the world — a $10-million-a-year business for jewelry and ornamental carvings — but it’s far less common in Washington. There was, however, a glimmer of hope for Henry; jade had been mined in the foothills surrounding Darrington for years.

On June 18, Henry followed the advice of his mentor, longtime rockhound Ed Molsee, 72, of Arlington, and tracked a vein of serpentine (a metamorphic mineral typically found near nephrite) up the ridge.
“I went up to this rock outcropping and prayed about it,” Henry said. “About 200 feet past the outcropping, I looked down and there was a moss-covered area that looked like a rock, about 18 inches long by 12 inches wide.”

He didn’t know it yet, but he was looking at the top of an 8-ton boulder. He hoped it was nephrite, but he couldn’t be sure until he tested it.

“I had to hit this rock about 100 times before I broke a chip off,” he said. “I knew during the process of breaking it that it was likely jade. I’ve had to break pieces of jade, and it’s not like any other stone out there, unless you find metals like copper or ore.”
Molsee, who has prospected everything from crystals to gold since the mid-1960s, helped Henry cut slabs the following morning. The pieces revealed shades of dark and light green, which boded well for its value.
“I don’t know of anybody who’s ever pulled out a boulder of this size in the state,” Molsee said. “It’s pretty rare.”

The Washington Department of Natural Resources does not have records to compare its size with previous discoveries, but spokesman Joe Smillie said it may be the largest ever found in the state.

The boulder was found on public land in the Mount Baker-Snoqualmie National Forest. Henry and Molsee filed a mining claim with Snohomish County, which gives prospectors the right to extract minerals, and registered the find with the Bureau of Land Management.

The size and quality of the boulder — which was later transported by forklift and truck to a jade cutter in Everson — piqued the interest of Kirk Makepeace, one of the world’s leading experts in jade. He’s the founder of British Columbia’s Jade West Group, a company that mines the region with the richest known concentration of nephrite in the world.

Makepeace, who was once featured on the cover of National Geographic, said it was the largest nephrite boulder he’d ever seen from Washington after 44 years in the industry.

“That was a needle-in-the-haystack type of discovery,” he said. “I went up to the site where they found it. It was very challenging, and obviously a determined effort, where other people would have long given up.”

So, have they hit the jackpot? Well, not exactly. Makepeace determined it wasn’t jewelry-grade jade like the kind he mines in British Columbia. It probably won’t sell for a fortune, he said, but it could be useful for carvings and furniture such as coffee tables.

“If that’s what they decide to do, they’d find a ready market for that product,” he said.

But the discovery is still a very big deal.

“It’s a unique part of Washington state’s jade history,” Makepeace said. “It’s certainly very notable and should possibly be preserved in that vein.”

He also believes more commercial-grade jade is waiting to be found in the area. Molsee and Henry said it may be a boost to the burgeoning jade industry in Washington.
For Molsee, it’s a lifetime achievement. He started out crystal mining as a boy more than 50 years ago with his father.

In that time, he’s made claims on gemstones such as quartz and pyrites throughout the Middle Fork of the Snoqualmie River. Molsee, who read every book about mining and prospecting that he could get his hands on, has made up to $26,000 a year.

“I had one quarter of geology in college, but that was it,” he said. “I was self-taught.”

He also gold mined with a Bellingham company for about 15 years until turning his sights on jade. His prospecting destinations include places near Mountain Loop Highway, Mount Baker and the Middle Fork of the Snoqualmie River.

Henry, who as a boy enjoyed picking up shiny rocks, was drawn to prospecting two years ago. He had just sold his Darrington-based business, CNC Artwork, and could afford to go out scouring the hills for signs of lucrative minerals.

Much like the prospectors of old, he armed himself with a pistol to defend himself from bears. Compared to the mines in British Columbia, which rely solely on machinery, Makepeace called Henry’s approach “very old school.”

In addition to that pistol, Henry brings prospecting tools and the Ten Essentials on his excursions. Henry learned everything he knows from prospectors like Molsee — but over the years, he’s developed his own rockhounding intuition.

“When something like this happens, you can can look at it as pure luck,” said Henry, who now works at Hampton Lumber Mills in Darrington. “But I really feel like it was a sign that I was supposed to find this thing.

“The area I found it had already been searched over 20 times. You literally have to leave no stone unturned.” 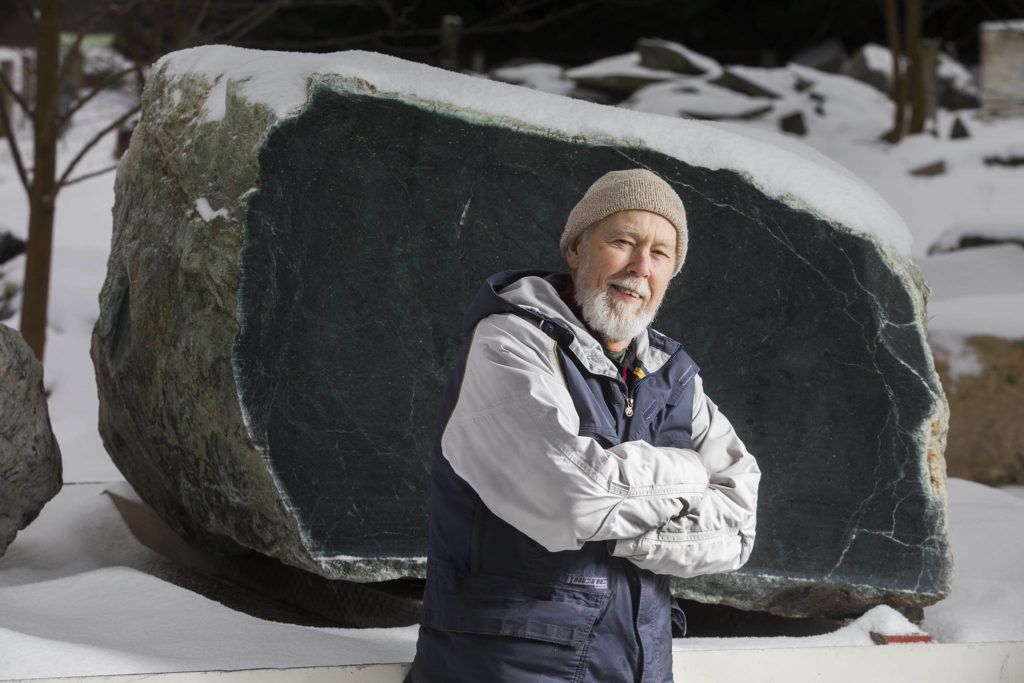 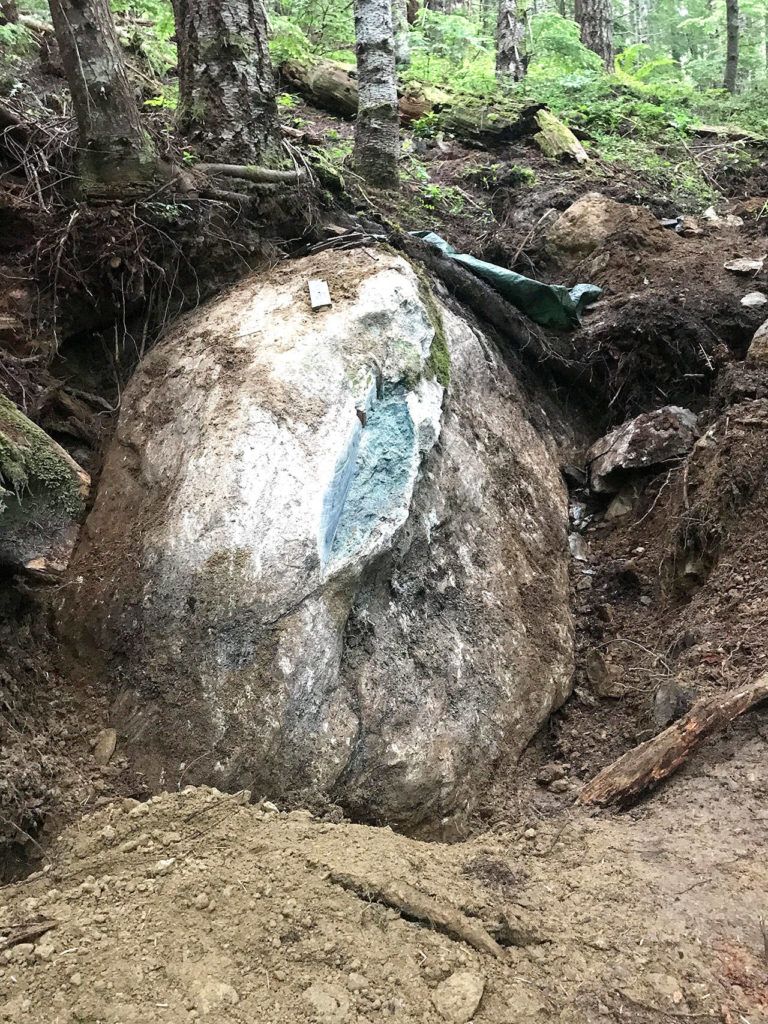 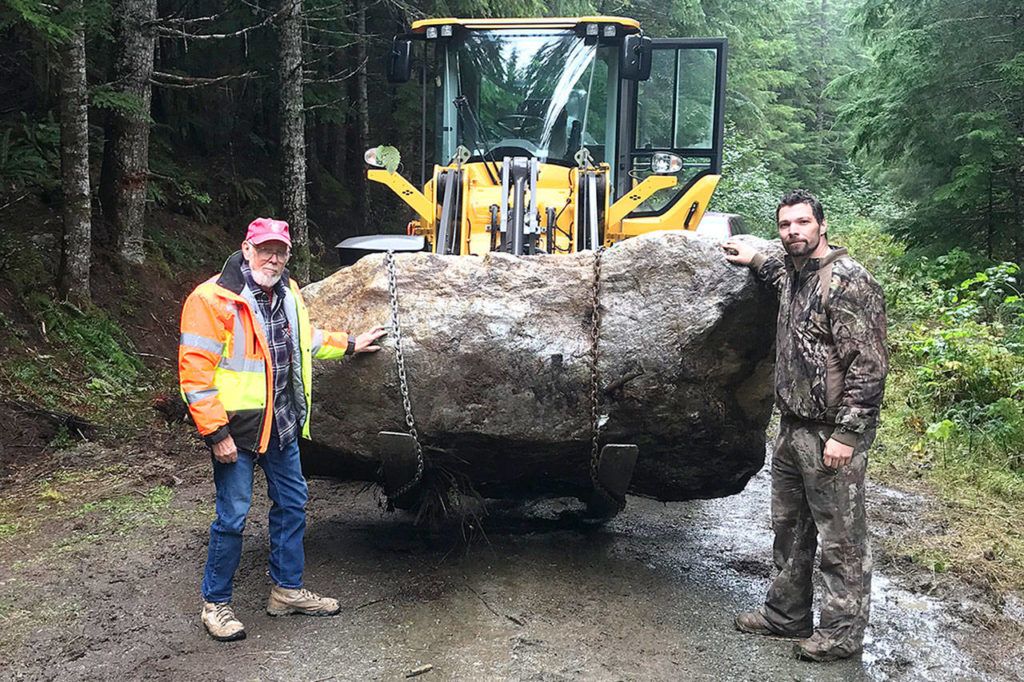 Wow...can't believe I missed this. Darrington is right around the corner
(actually, over the hill) from Concrete. I've done some gold prospecting
in the areas he's talking about, but never looked for minerals.

If anybody decides to go looking in those areas, be sure and carry
bear spray and/or a sidearm. Plenty of both bear and cougars up
in those hills. A GPS or compass and topo map are highly recommended, (people get lost/die up there frequently), as well as clothes for all
conditions...weather can change in a hurry.
You must log in or register to reply here.