I found an antique gun my dad had put away for a few years today. I knew he had 2 but the other one is put away somewhere-I just haven't found it yet. The one I did find though doesn't have a brand name but it has H. Elwell Warranted near the trigger. The only thing I could find was that the name was the maker of the lock on the gun. A source on the net says:
"On the percussion rifle, Elwell was a maker of gun locks, in Seneca County, Ohio. (The last word should read "WARRANTED".) My source says he worked from 1810 to 1812, but that can't be correct, as I have seen H. Elwell marked percussion locks which could not have been made that early. I think a closer date would be 1850, unless there was another H. Elwell. There is no Liverpool* in Ohio today, though there is an East Liverpool; one source indicates that there once was a town of Liverpool, but that it no longer exists. There is a Liverpool in PA (some wag once said there is an everything in PA). Some information indicates Elwell sold his locks to or through J&D Little in Pittsburgh. Little was the "Brownells" of the mid-19th century, supplying small gunsmiths with, literally "lock, stock and barrel" as well as gun furniture, tools and the like. So if Huler was the maker, he (and Liverpool) could have been almost anywhere in the eastern part of the country."

It is a rifle and I don't know enough about guns to go further in detail. I'd like to know the worth- anyone have any knowledge of guns?
Upvote 0

Is it an octagon barrel?
Can you post photos?

Here are a few pics

Just curious, did you reverse the pics, or is this made as a left handed rifle ?
OP

I believe it's right handed- I just took pictures at the best angle for me to hold my computer up and take a pic at the same time as the gun.

hope you find the other one show more pice thanks
D

If the lock on your rifle is actually on the left hand side, as it is shown in the photos, then it was made as a left handed rifle, which makes it fairly unusual. It could have been originally flintlock, then converted to percussion, or made as a percussion rifle. It is hard to tell from the photos. If it was originally percussion, then it most likely dates between the later 1830's to mid 1860's. If it was originally flintlock, then most likely from the mid 1750's to around 1840.

It looks to have a fairly serious break in the wrist, which can be repaired, but should be done by someone experienced in antique arms.

I'm not all that familiar with the Pennsylvania/Kentucky style rifles, but if you take some better pictures, you can go to Gunbroker and they have a forum called "Ask The Experts". Include as much information as possible, such as the caliber, barrel length, overall length etc. There are some knowledgable folks there that will be sure to help. If you are looking to sell it, they have an auction side also. Here is a link

When you take the photos, be sure to get very clear shots of the markings, especially on the lock, and on the top of the barrel.

If you can, try and get pictures similar to these. 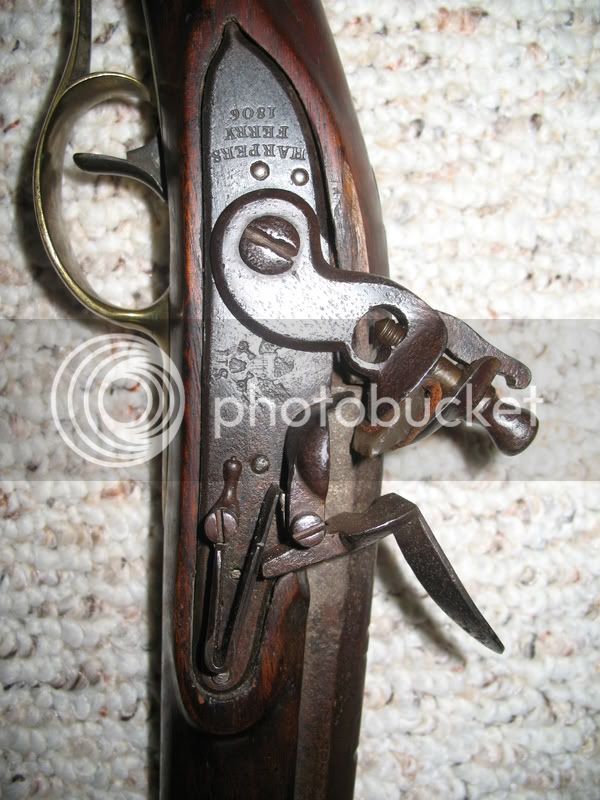 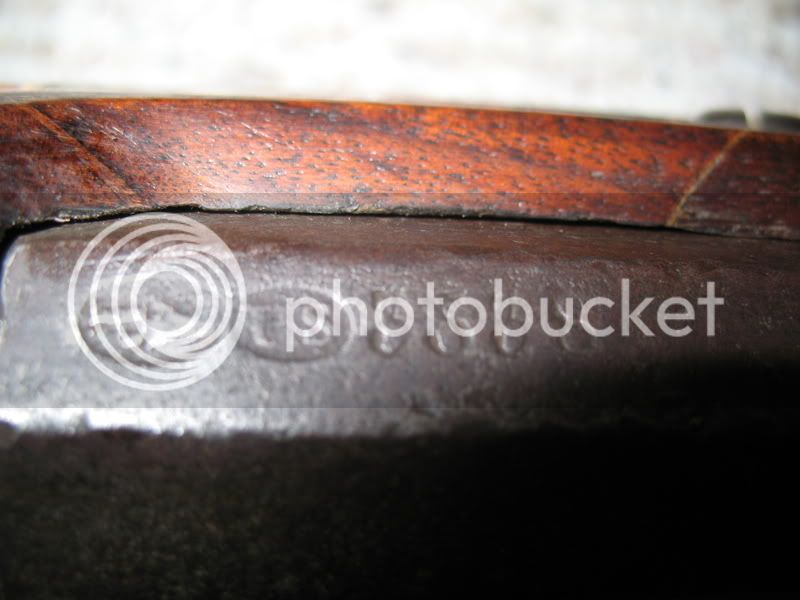 New spot at the beach.