Went back to the newly discovered site from two days ago. This place is huge! Put in a new trench and unearthed some stellar finds! And I think we can now place a pretty good date for it. It all came down to this bottle: 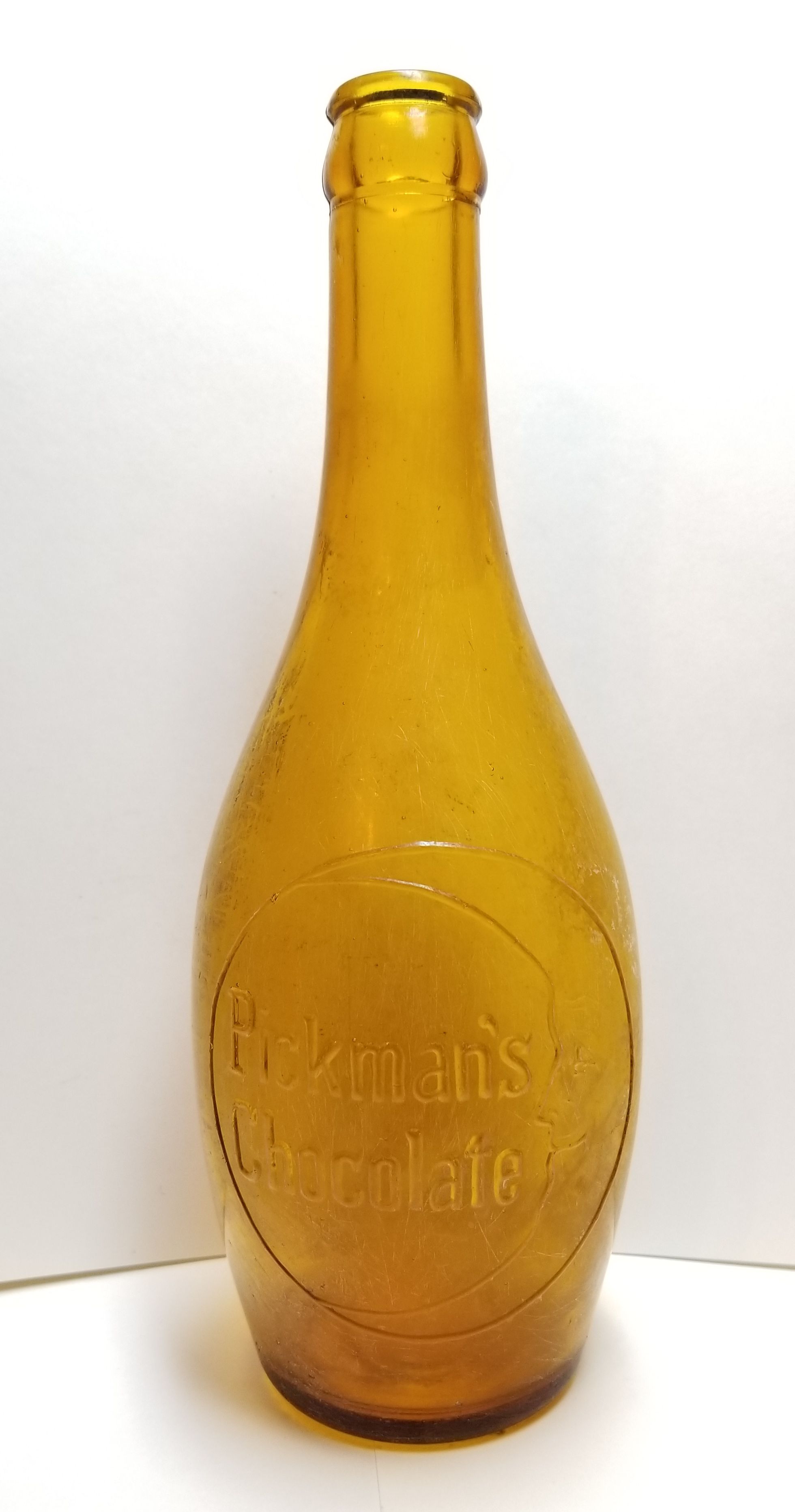 Pickman's Chocolate, with its whimsical smiling half moon mascot, was only in production from 1910-1917. This information coupled with the 1916 mercury dime from two days ago attests we are in a site that likely dates from about 1916-1917 although there may be some artifacts from both before and after this date as well (given the uncertainty of human activity over the ages). The Pickman's Chocolate was the first find of the day and it really boosted my drive to keep digging in the area.

Second find of the day was this stunning "OATS" bottle made by the famed, and my favorite glassworks, Whitall Tatum Co.! This is a hand-tooled bottle. I'm not quite sure what "OATS" were exactly but it was likely some type of medicine.

Fresh from the ground! 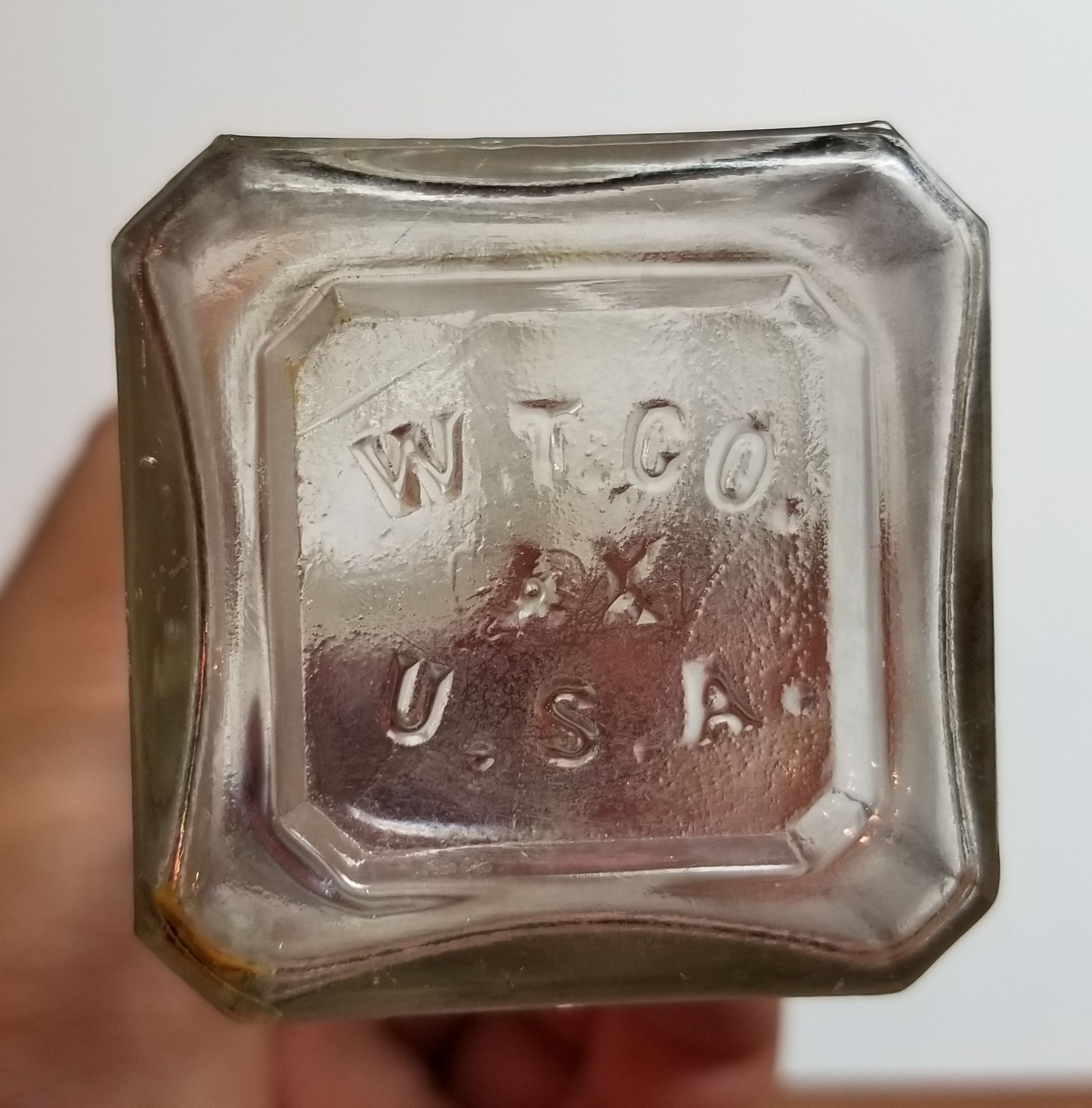 This is the bottom of the OATS bottle. Always look for the "W. T. Co." stamp on glassware as this company was one of the first US glass factories, operating from 1806–1938!

Another very nice hand-tooled bottle. This is from the Neergaard Pharmacy located on 85th Street on Broadway.

This pharmacy was founded in 1888 by Julius De Neergaard, a dutch immigrant, and believe it or not, besides a change of address - the buisness is still in operation to this day! Julius had a son named William who in 1916 became a pharmacist and then fought in the trenches of WWI for 15 months. Upon returning home he ran the pharmacy and then had a son of his own, also named William. This William fought in WWII and also became a pharmacist and expanded the business. His relatives still run the buisness to this day.

This bottle is likely from about 1916-1917 so corresponds to the time that Julius's son William would have either just become a pharmacist or was already at war in the trenches with the American Expeditionary Force. Given the two possible scenarios this bottle likely once graced the hands of either Julius, William or both, and that's pretty amazing to think about. (All information gathered regarding the history of this company was found on their website. I find it kind of funny that a 100+ year old long-burried bottle was still able to successfully advertise a viable service to me - and now you too).

Fresh from the ground.

This next bottle is also hand-tooled and simply says, "METROPOLITAN DISTRIBUTING CO. NEW YORK" I couldn't find any information on this one.

This is a one pint slug plate milk bottle from MALONE DAIRY CO. It indicates that it contains both MILK & CREAM and there is a lovely bushell of wheat imagine in the center.

Now here's an interesting, albeit highly damaged, bottle. It is a hand-tooled crown-top slug plate mineral water bottle. It says DOBB'S FERRY on the top and indicates it comes from WHITE PLAINS NY. This bottle is unfortunately covered in chips and cracks, a symptom of poor quality glass coupled with exposure to a harsh environment for 100+ years.

Now take a look at this thing! It has a hand-tooled cork top with a completely rounded bottom. I have no idea what this is or why it looks like this, it has no markings of any kind. Best guess is it may have once been like one of those champagne bottles with a wicker basket-looking thing tied to the bottom to give it a base to stand on.

Now here's a weirdo. A bottle with a hand-applied tooled crown top. Definetly seeing something of the technological transitions of the times with this one. 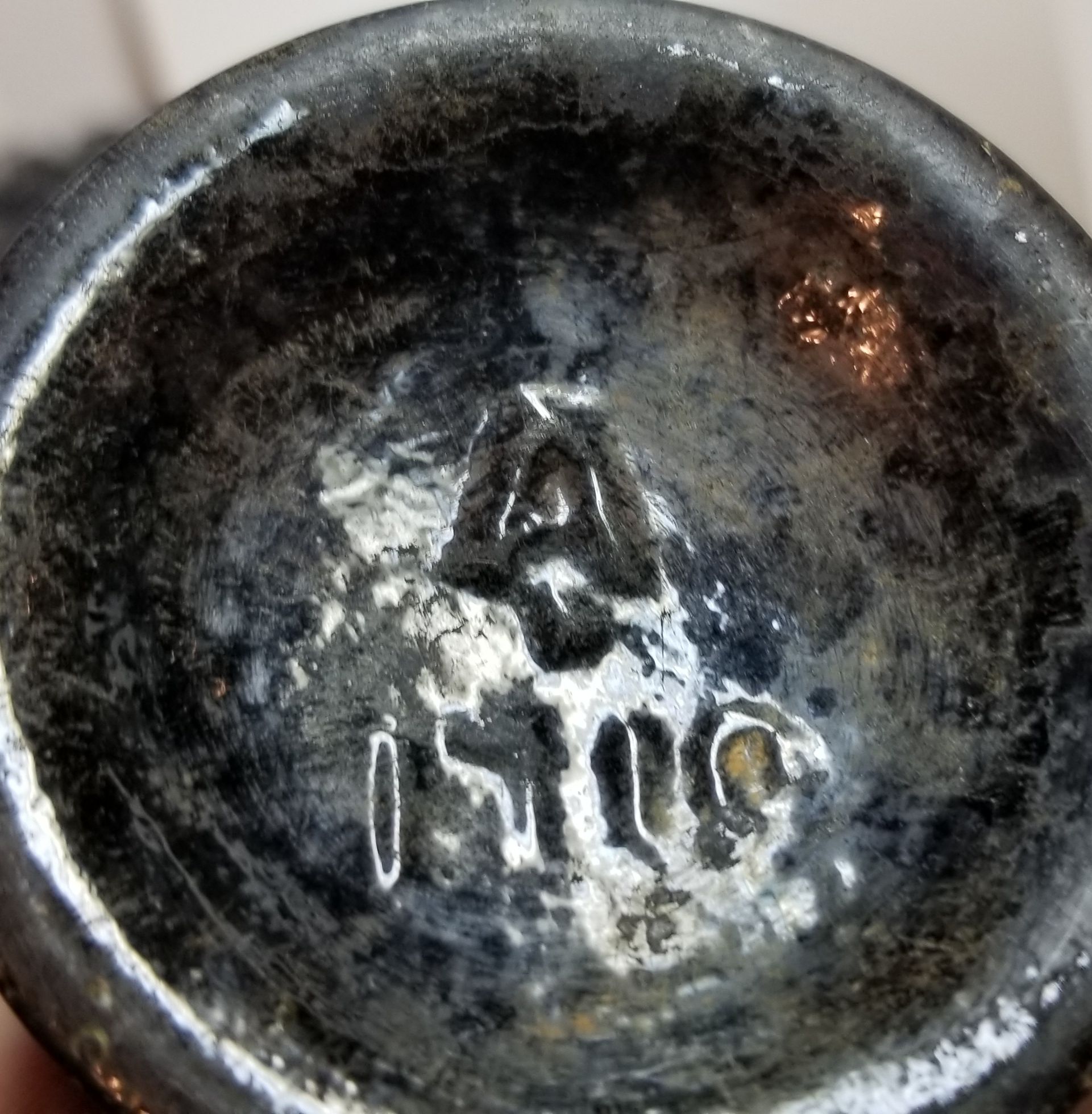 I pulled two of these warranted strap-sided Union flasks out today. I remember when I would find these only once every few months, now they're litterally everywhere at this new site. Can't complain!

The hunt would not be complete without a clay marble. There appears to be no glass marbles at this site, a good sign of its age. 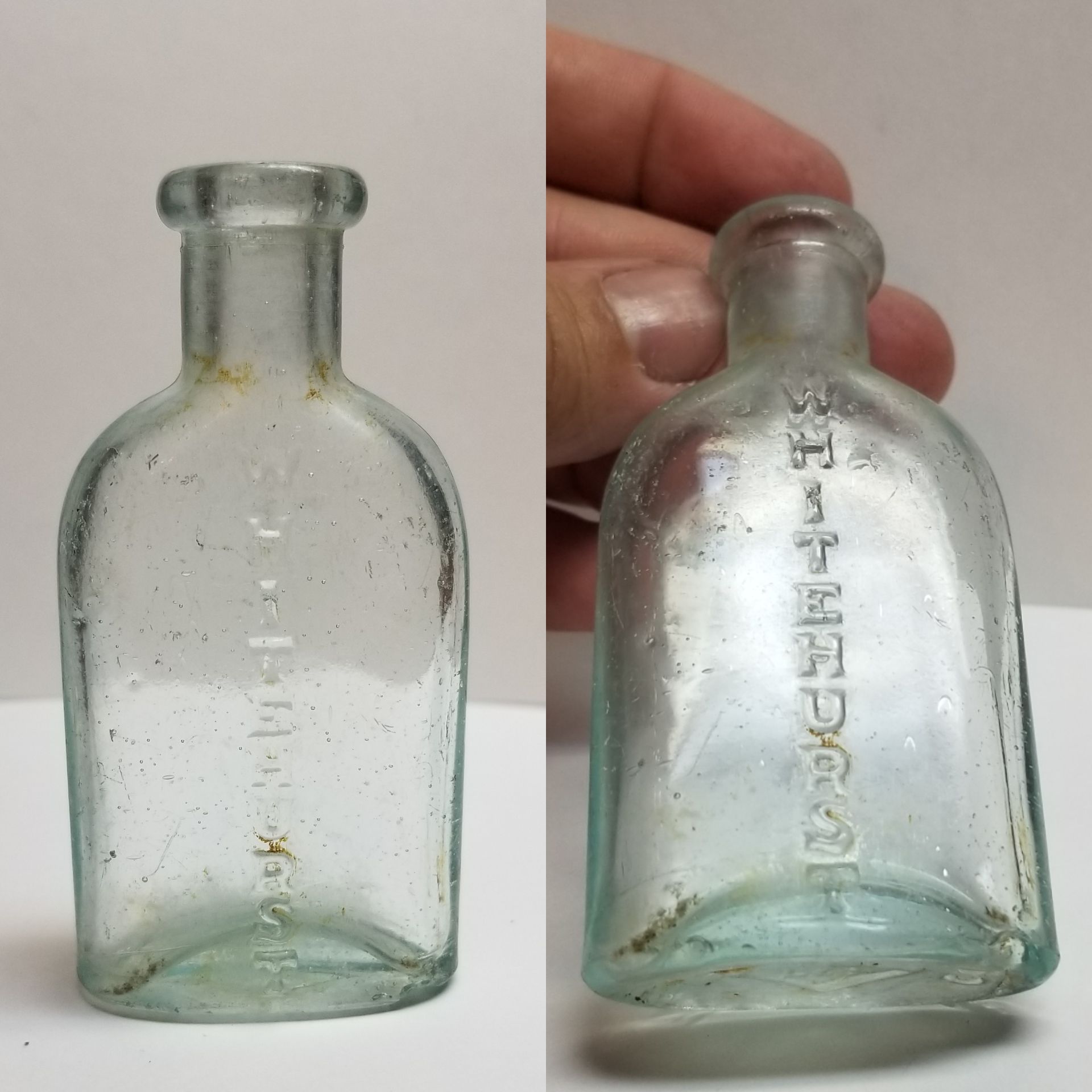 And finally a bottle I almost completely forgot about, even neglecting to include it in the group picture, the machine-made outcast simply called: WHITEHURST. This bottle was manufactured by Illinois Glass (operated from 1916 to 1929). It contained a quack medicine of some kind.

And that's all for now.

Another great day...congratulations underminer !!
You must log in or register to reply here.