is this real or fake

I really can't say other than much of what LV made is highly copied. Fakes are all I ever see and the latches on yours look like all the latches found on most common made briefcases I've seen, but they are signed it appears. The hardware should be better than the average I would expect. I picked up a Hartmann president briefcase once for $30.00 and even posted it on this site. Not many were impressed, saying things like that doesn't sell so good any more and when's the last time you ever saw anyone with a briefcase. I got over $400. for it. I did feel like linking the sale to the post, but just figured I wouldn't. I know what I know and really feel no need to prove it. As for items by Louie Vuitton I'm really out of my element with that stuff and suspicious of any I see.
Last edited: Oct 5, 2022

See if it's leather or a cheap plastic printed covering. Luis Vuitton would be leather.

It just looks 'cheap' on the inside and the locks on it are very ordinary briefcase combination locks.

I'm no expert but it just looks like a cheap briefcase that has been done in a Luis Vuitton pattern covering of the type you'd pick up in a market in Hong Kong or Thailand.

Below is an authentic Vuitton. 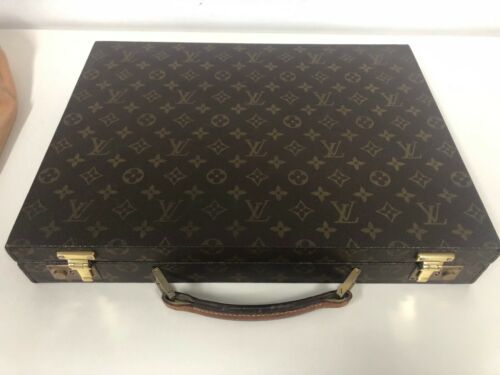 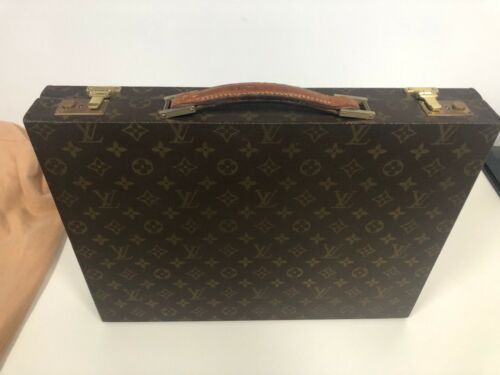 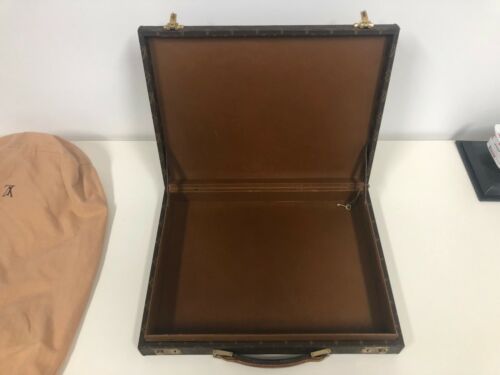 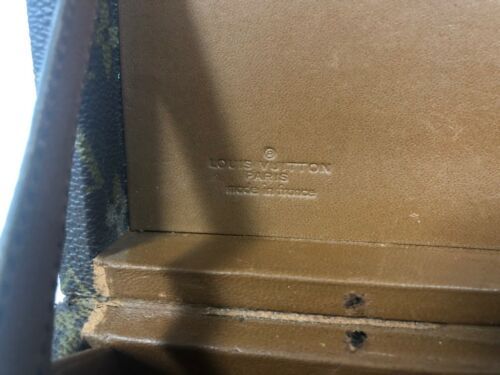 mojjax said:
is this real or fake
Click to expand...

I would say fake because of the stitching going through the LV logo. From my understanding, they would never do that. And I checked my wife’s purse and the LV is not sewn through in any areas.

I've come across many, but they all turn up to be fake. They are just so hard with so many Chinese copies in the market. See if you can find someone local that specializes in them. Good luck!

Can you post a clear macro picture of handle and interior pocket stitching.

Only fake LV stuff I've seen are purses mostly and your attaché does look like maybe from the 1970s. I'm on the fence with this one, so you might want find someone who can check it out first hand is all I can say. I'm hoping it turns out to be a score.
You must log in or register to reply here.

Silver Round 2: A better outcome

Any info on this knife?