Sea Gives up Mystery of the Mary G Farr in 1929 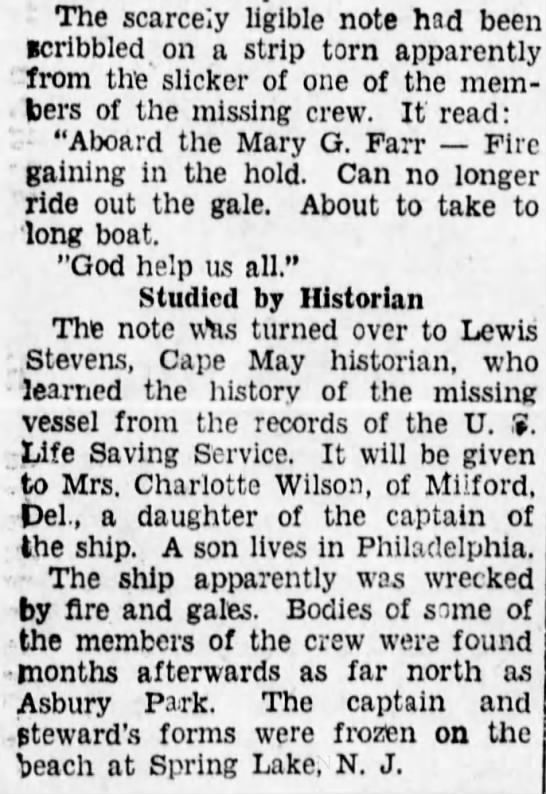 With more than 40 years adrift, that bottle had quite a journey itself.

EDIT: I did some looking on a map to see just how this schooner got to where it sank. It looks like it had almost made it out of Delaware Bay and into open sea when the trouble began. The bottle with the note may have had a relatively short journey to the north side of the bay before it ended up in Cape May (which based on the map is actually on the New Jersey side of the bay). Several of the bodies that were found were washed up a good distance of the New Jersey coastline. Granted, I don't know much about how currents work, but if the bottle was found on the southern tip of New Jersey and the bodies were found up the New Jersey coast, my speculation is that the crewmen traveled a fair distance after getting into the long boat and tossing the bottle, and managed to get far enough out of the mouth of the bay before they met their fates.
Last edited: Mar 27, 2022
You must log in or register to reply here.