A tick that makes people allergic to red meat appears to be progressively spreading into new areas of the United States. © Provided by KCBS Radio San Franciscolone star tick
The lone star tick is known to transmit several diseases to humans, some of which can be deadly. But one of particular concern, especially to those who follow a carnivore diet, can cause a person to have allergic reactions to red meat for the rest of their life.

Growing evidence suggests that the bite from a lone star tick may trigger a condition known as alpha-gal syndrome, which can cause a life-threatening allergic reaction to red meat, according to the Centers for Disease Control and Prevention.

If a person with AGS eats red meat, they could experience hives, swelling, shortness of breath, dizziness, abdominal pain, diarrhea, and vomiting. More severe reactions may cause anaphylaxis and require urgent medical care. There's no treatment other than avoiding red meat and other products made from mammals, according to the Mayo Clinic.

The CDC notes that other tick species have been connected with the development of AGS in other countries and that more research is needed to understand the role ticks play in causing AGS. Nonetheless, anyone is vulnerable to AGS.

According to the Tick Research Lab of Pennsylvania, the lone star tick was once only common in southern states but recently, the insect has been progressively spreading northward.

"They currently inhabit the entire eastern United States from Texas to Iowa and over to the coast," the lab says on its website. "Lone star ticks can be found as far north as Maine, but are still more common in southern areas."

The distribution, range, and abundance of the lone star tick have increased over the past 20-30 years, according to the CDC. Lone star ticks have been recorded in large numbers as far north as Maine and as far west as central Texas and Oklahoma.

As for why the ticks are on the move, researchers point to changing climatic factors. Michael Raupp, an entomology professor at the University of Maryland, told The Washington Post that more ticks are surviving through the winter due to warmer temperatures, which also allows them to actively seek hosts for longer periods in the spring and fall.

As the number of ticks increase, human encounters with the insects will surely rise. Lone star ticks, distinguished by a white dot or "lone star" on their backs, are known to be more aggressive than other species of tick and will actively seek a host by sensing vibrations and carbon dioxide, according to the Tick Research Lab.

The best way to prevent a tick bite is to avoid exposure. Use bug spray, avoid wooded and brushy areas with high grass, wear long clothing and walk in the center of trails. Check your body for ticks after being outdoors. If you find a tick attached to your skin, remove the insect as soon as possible.

I was just getting washed up, looked in the mirror and there's a tick going down the wall. WTF!

The Mrs pulled one off the other night. Full time job checking and pulling ticks off the Max.
Dog with the white spot/Black legged red on the body ticks are common in these parts.
Probably know 20 folks that have/had Lyme disease.
Just gross little things.

alpha gal? is that like dykes on bikes?
C

So...one of my digging buddies got bit by over 30 the other day in northern Virginia. THIRTY! "Red meat" includes beef, pork, lamb, goat, venison, bison, rabbit, squirrel, opossums, peoples (don't try that one), any mammal AND mammal byproducts which means milk, cheese, butter...the syndrome can last 8 months to 5 YEARS and can even be permanent. Yeah, I looked it up the other day. Just when you thought it was safe to play outside.

By making breeding chambers in their basements.

But who knows if Rocky Mountain Spotted fever or Lyme's disease is spread by those same ticks. Ugh.

smokeythecat said:
But who knows if Rocky Mountain Spotted fever or Lyme's disease is spread by those same ticks. Ugh.
Click to expand...

Growing up we heard about ticks in the mountains in BC
It was "don't be in and around/under the pine tree branches in the early spring kids"
Now the only place on the property I feel safe is the chicken runs.

Even though we have every creepy crawly type of bug and insect in abundance here.. i don't see ticks very often.

this is what I use, Sawyer permethrin it stays on your close through several washes and is sold at wallys world. 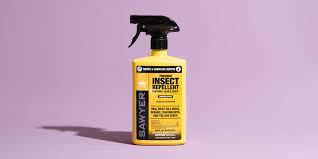 . The woods of central Va are full of ticks . they seem to be worst in the spring and die back in the dry heat of

Interesting read. Was metal detecting in the mountains in Central California last weekend and had a tick crawling on my arm like that. Surprisingly first time I've ever dealt with a tick. Flicked that sucker off me than was paranoid the rest of the time metal detecting lol

JVA5th said:
Interesting read. Was metal detecting in the mountains in Central California last weekend and had a tick crawling on my arm like that. Surprisingly first time I've ever dealt with a tick. Flicked that sucker off me than was paranoid the rest of the time metal detecting lol
Click to expand...

I've ended hunts when I see them crawling on me, time to leave feeling comes on quick.
There's a no flick policy in my part of the woods.
SQUASH/KILL is the only way.

pepperj said:
I've ended hunts when I see them crawling on me, time to leave feeling comes on quick.
There's a no flick policy in my part of the woods.
SQUASH/KILL is the only way.

Lol my brain just went to that's something I don't want on me get it off. Should of smashed the bugger but wasn't thinking.

Whitetail deer bed down under the pines in our side yard and there are ticks. We've had them on us and the pets. Never seen that kind tho.
Last edited: May 8, 2022

It's a horror movie up in here. 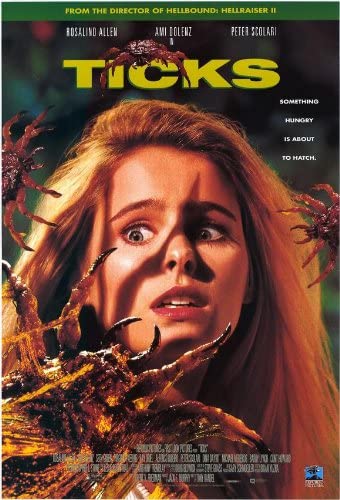 Nasty bugs. Periodic burning of the underbrush would go a long way toward controlling these pests. Difficult to do among subdivisions.

One of the reasons I like to stay on the Lake Mi beaches in warn weather.. As well as better scenery : )
You must log in or register to reply here.

Whats the best coil to use for metal detecting farm fields for the minelab equinox 800?