Been overseas for 2 weeks and have been itching to get back to the lowcountry and knock the dust of the CTX. While I would have been perfectly happy to walk away with a flat button, I could never have predicted a night like this. This particular site has proven to be a great spot to meet other diggers on TNet. Over the course of the last month, we have had multiple group hunts with amazing success. Affectionately known as the watermelon patch, the dirt is packed with 300 years of history and continues to produce. The evening started out as most do, surface pottery, glass, and brick shards- the normal indicators for a killer site. Given the volume of targets and age of the site, everything dug ends up in my pouch for later identification. After arriving home I had no idea what I had dug. As I was working through my round stuff pocket, I noticed the familiar look of pewter. While only a partial, I carefully tooth picked away the corrosion hoping for a design of some sort...6...7! 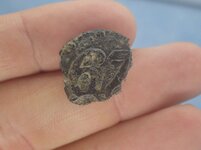 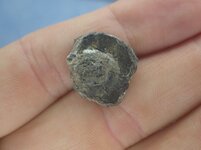 First Revolutionary War button of 2016, and finally an end to a 1 year regimental drought. Curiously, the 67th Regiment of Foot did not serve in North America during the war although 1 other example is noted in Troiani's book as being recovered in SC. Perhaps the soldier was attached to another unit during the occupation. 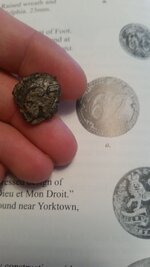 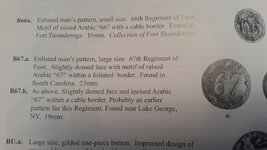 At this point I am already running around the kitchen, until I notice a familiar shape in the misc pocket-rectangular and made of brass. May have dug my first plate? After a bit of careful cleaning, my heart started pounding. Could this actually be what I think it is...holy **** its a Charleston Slave TAG! 1837 Servant #573. For me there are no words to express how it feels holding such a piece of history. The stories this discarded object could tell- stories which would have been lost after the site is covered in concrete. 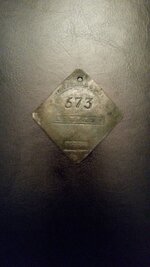 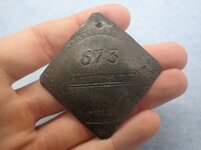 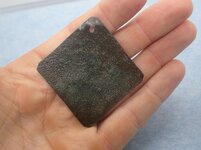 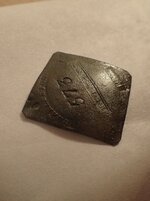 Among the other digs was a curious pewter spoon with an unknown benchmark, flat buttons, round balls, and a tiny pewter heart. Any ID help with the spoon is great appreciated. 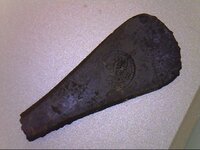 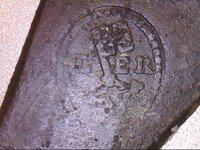 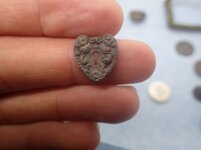 Certainly a night I will never forget- Rev War Regimental and a Charleston Slave tag at one site. This is why we spend the hours we do digging and swinging. As always, thanks for looking and get out there and save the next piece of history. 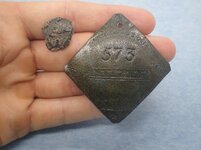 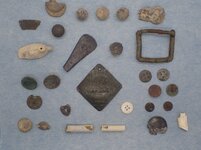 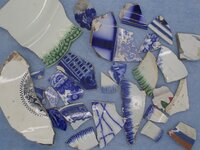 Update- After 48 hours in oil and a light brushing I am happy with the balance of patina and corrosion...after all its been in the ground for 179 years

. Thanks to everyone for the kind words and for giving this history the attention it deserves.

After a bit of research I have been able to confirm the tag was manufactured by Charleston silversmith William M. Rouse. He apprenticed until 1834 as a silversmith under John Ewan and subsequently went into business for himself. In 1836 he was awarded the city contract for manufacturing tags. Rouse's tags are unique in that he used a series of small dots around the stamped occupations on his badges from the 1830s. He continued making badges until 1840, size though growing increasingly smaller due to the increased cost of materials or diminishing profit margins. In 1837 he manufactured 3722 tags for a total contract of $8,141. Unfortunately the trail goes cold regarding the poor soul who wore the tag. All records were lost after the Civil War- 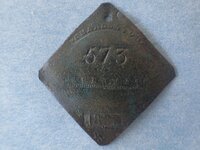 Wow, those slave tags are rare VMI, awesome score. My banner vote is in.

Congrats on the Super finds
OP

Loco-Digger said:
Wow, those slave tags are rare VMI, awesome score. My banner vote is in.
Click to expand...

Thanks Loco, hard to believe the Regimental Pewter was only a few feet from the tag. Just have to get the coil over the target

Great Digs brother. Banner all the way.Man I wish I had a place to hunt like that. What did you call this location?

tylerbdad said:
Great Digs brother. Banner all the way.Man I wish I had a place to hunt like that. What did you call this location?

Thanks bud, keep hitting it- there's bound to be a few more surprises in that dirt.
M

Congrats. Nice variety of finds, especially the slave tag. My BANNER vote is in, this is something not dug often.

Thanks for the comments Mike and ram- this has been on my bucket list for a long time.

That site has been good to all of you! Great stuff and really like the 67th.

An epic hunt for sure Jon. Its amazing that as much as the site has been hunted that the slave tag hadn't already been found.
OP

Palmetto said:
That site has been good to all of you! Great stuff and really like the 67th.
Click to expand...

Thanks Palmetto, like I mentioned in previous posts, my passion is early military buttons. Wish there was a bit more on the role the 67th played in Charleston during the war. The research should keep me busy for some time

Nice looking tag!
A real winner!
Nice to see the button too, takes you back to some early times!

Amazing saves from the patch! It was nice to hunt with you VMI, so glad to see that history saved. Banner all the way!!!
OP

Bill D. (VA) said:
An epic hunt for sure Jon. Its amazing that as much as the site has been hunted that the slave tag hadn't already been found.
Click to expand...

Thanks Bill, iron masking is likely the reason it had not been recovered by the other diggers. The CTX did not manage the same quantity of targets as the DEUS hunters, but its hard to beat when swung low and slow.

My heart is pounding just reading your post! Congrats on another BANNER find!

Terry Soloman said:
My heart is pounding just reading your post! Congrats on another BANNER find!

Thanks Terry, my hands are still shaking

That's about as good as it gets! I suspect you would have been happy with just the button, but nice job going over the top with that tag! Banner indeed.
You must log in or register to reply here.

A few more from the British camp