Age of this bullet?

I dug this in my yard today, copper jacketed lead, husband says it's a .32 cal. Any idea on the age? Thanks. 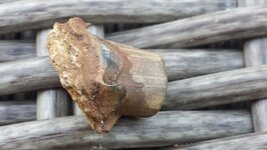 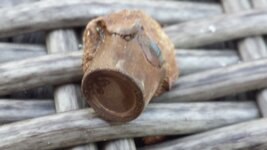 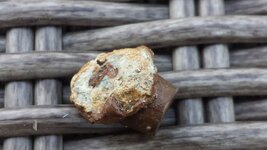 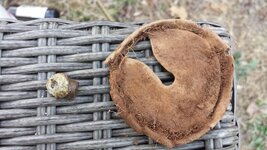 I guess I should add, is this old and exciting or modern and boring?
Upvote 0

After 1900. The copper jacket was invented in the 1880's, but I would expect your bullet would more than likely date in the neighborhood of 1930's or later, up to and including yesterday. The lead has some patina, so my SWAG would be the bullet is probably be older, modern but not new.
Last edited: Mar 4, 2017
Upvote 0
OP
M

Thank you. I know our property had been occupied from the 1600s but I haven't found anything really great yet. Keeping my fingers crossed.
Upvote 0

mooseb said:
Thank you. I know our property had been occupied from the 1600s but I haven't found anything really great yet. Keeping my fingers crossed.
Click to expand...

Keep at it, there is something good there, just waiting to be discovered.
Upvote 0
S

WELCOME NEW MEMBER THE OLE COPPER JACKET ,AND IF YOUR PROPERTY DATES TO 1600s JUST WAIT TILL YOU REALLY FIND SOMETHING...
Upvote 0
You must log in or register to reply here.