Those that think Bitcoin is a fraud or pyramid scheme, just don't know anything about it, or fail to understand just what it is and how it works. BC is actually the perfect money. The whole theory behind it, I profess, is very difficult to comprehend if you aren't geekly inclined. Very technical and long winded explanation.

Suffice it to say that BC was doomed to be a geek toy from the start. Notice that BC had ZERO issues until the news came out that each BC was worth $10 grand. All of a sudden people took notice that hadn't before. At this kind of value, Governments with shaky economies started getting scared that their currencies might get supplanted by BC. NO government is going to let some computer geeks invent a currency that would effectively compete with their currency. Killing to protect an economy is not beyond ANY country. Its a shame. BC might have been something very good.

Msbeepbeep said:
It's bad enough we use paper money, but now imaginary bit coins, and there's a theft, and now death?
Who's spiking their kool aid?
Click to expand...

well... you see... the difference between bitcoins and paper money is one you spell "bitcoins" and the other "paper money" or "fiat" if you want to make it sound more appealing. It's still a worthless stack of crap.

Golden_Crab said:
well... you see... the difference between bitcoins and paper money is one you spell "bitcoins" and the other "paper money" or "fiat" if you want to make it sound more appealing. It's still a worthless stack of crap.
Click to expand...

Maybe by the time it hits 3k it will go to zero? what?

This occasion calls for a toast. Anyone care to join me? 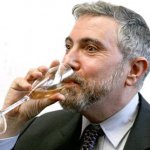 What happens is that the Bitcoin makes some very steep price jumps, sometimes for good, but in many cases you can lose a lot of money, so the bitcoin can be a ponzi pyramid

CarlosG said:
What happens is that the Bitcoin makes some very steep price jumps, sometimes for good, but in many cases you can lose a lot of money, so the bitcoin can be a ponzi pyramid
Click to expand...

I would not class it under an economic crime; I know some law enforcement agencies have attempted it, even the LKA, but it has always failed.
C

But who controls Bitcoin


Oddjob said:
I would not class it under an economic crime; I know some law enforcement agencies have attempted it, even the LKA, but it has always failed.
Click to expand...

The idea of not depending on a central bank is fine, but the question who regulates Bitcoin? The market, the speculators, the hackers ... Someone has to be, I do not say it's a crime but we should have a regulation

You need to watch a YouTube on bitcoin if you think it needs regulation.

What omnipotent agency would you unnecessarily hire to control a self-reliant and basically perfect resource??

It’s a computer program, completely transparently developed, that acts as a currency and a bank. The only thing it could use is more server power ( and that done through bitcoin mining).

So learn something about it, I’m sure you’d be interested. Netflix has s good document on it too.

My 22 year old son is all jacked up about Bitcoin.
Wants me help him invest with cash, instead of gift cards for Christmas.
This is the same kid who texted me Happy Birthday Friday, no card no gift.
I’ve got a jar full of crap Euro coins he can have....figure out how to currency exchange at the airport, take that cash, and invest your brains out.
J

Bitcoin seems like a great idea but it's not backed by anything and there's no real value, same as all the cryptos out there. It's very volatile and it's a fiat currency same as ours, it's just computerized.
I may look into a crypto that's backed by gold or silver in the future but until there's something tangible involved, no thanks.
It's so transparent that no one knows who invented it.
J

The biggest down side to cryptos is that it isn't physical. The internet goes down, you have nothing.
If you think it's annoying when your debit card won't work, welcome to cryptos.
The crypto currency holders in Puerto Rico we're standing around with their thumbs in their butts without internet service while people with gold and silver went on with life as usual.
Last edited: Dec 3, 2017

I stack only sure things! Personally I was hoping Y2K ALL computers would crap(could have used another word) the bed going back to horse and buggy days,hard but simple! 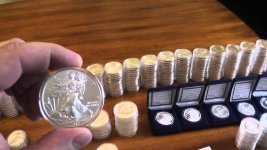 If I can't hold the money in my hand I not going to trust it or accept it. As for this poor woman committing suicide, I think that a lot of people have though that suicide as their only option, but as a friend told me many years ago "Suicide is permanent solution to a temporary problem".
J

Nice pile you got there! I'm the same way man. There's a certain security in hearing that silver ping and the weight of gold in your hand.
I've always been partial to junk silver and I love the stuff. I would have no probs selling off my stack someday but I'd probably keep all that forever. It's so fun to play with and awesome!!
It's funny how everyone says that constitutional silver has no numismatic value, yet it sells with such premiums? I can get most for a fair price but peace dollars and Morgan's? Forget it. I get bad culls or gold plated dollars for spot but anything decent is $15 each and I pay it.
Merc dimes and walking liberties seem to have gone up and there's a market for that stuff so I don't get the hype. The people that melt their junk are committing a mortal sin in my opinion haha. I couldn't do that!! 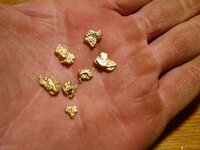 I like a little raw gold too, when I can find it for spot or close. Everyone likes nuggets.

Suicide or not this woman's death was a tragedy. Intentional or not, this thread seems ambiguous so this is the last post here for me.


Bitcoin is space money sent by aliens from the future.


In the second case none of these things can be physically held except the hardware components of the binary engine, well you could try to hold electricity but I wouldn't recommend it. People trust these physically intangible things with their lives every day.


Try making that trusty sidearm and the ammunition for it without math. Who needs ballistics, its probably a ponzi scheme anyway. You don't need math for rocks and sticks and maybe even a knife, just don't bring them to a gunfight.

Personally I find critical thinking a little taxing and slightly disturbing so I'm going with the first case that Bitcoin is space money sent by aliens from the future. In a world of dictators, fairy tales, trinkets and 80 year average life spans, happiness is probably the rarest commodity of them all. So do what makes you happy, just remember the golden rule.

If alien space money from the future is difficult to understand, Just Imagine Dragons.

If that ain't your thing you can always do the math...

Edit: @Terry Soloman Calling Bitcoin or "Crypto" a "Ponzi scheme" is both a relative (as in what isn't a ponzi?) and massive understatement. This is an extinction level event. A Paradigm shift that will play out over our lifetimes and beyond. Also there weren't many if any people buying Bitcoins in '09 since people could download a free, open source (code is public) program and mine hundreds or thousands of bitcoin a day on their desktop computers. It remains a permissionless and transparent system to this day.

Google it? OK. Disclaimer.. not fact checked so probably not 100% correct, but close enough.

"In order to calculate your mining, all you need to do is plug in the MH/s with the network difficulty.

I used the calculator at: Bitcoin mining profitability calculator

If you had an Intel Core 2 Quad Q6600, you could mine 11,064 a day"
(Note: i'm not sure if these processors even existed back then, but you get the idea. Also note that the calculations are averages over 3 months from the calculator - there's a limit of 7,200 coins mined per day at a block discovery rate of 10 minutes. )

I respect your convictions though, you made a bet on a public forum and shook hands with history. I have done the same in a way. Good luck and God speed to you and your intuition. There will be ups and downs and history will tell our tale.

All of the World's Money and Markets in One Visualization

15 billion has been stolen from Bitcoin and yesterday they got hacked for another 70 million. Sounds real secure hehe. I'll keep my money.

When the irs catches up with the ones that have cashed out it won't be all fairies and rainbows and so "out of the system" anymore like people say.

I love seeing the constant failures in cryptos because I don't want digital money, there I said it. I want my cash in my hand and privacy and freedom with how I spend it. Therefore I hope the cryptos burn to the ground and I'm happy when they do look less than adequate.
J

My son returned from s Africa today and mentioned that he took pre2010 uk money back to spend in london and they wouldn't take it. They have new money now and the old stuff is worthless and different. I never heard of that happening there but it did. You had a certain time to turn it in or lose it altogether.
His little trip was very educational for him and me haha.
You must log in or register to reply here.