more story and pictures at https://www.ammoland.com/2020/09/civil-war-site-discovered-west-virginia/?utm_source=Ammoland+Subscribers&utm_campaign=f066f4e9dd-RSS_EMAIL_CAMPAIGN&utm_medium=email&utm_term=0_6f6fac3eaa-f066f4e9dd-20972713#axzz6Yuzi6zWA


A century and a half later, Gary Persinger walked slowly through these hills and valleys, swinging his Minelab Equinox 800 metal detector. When his machine sounded, he dug a deep musketball, which had been hidden from the daylight for nearly 15 decades. A few more swings of the detector produced another round ball. Then, a third. And a fourth. His next signal was much louder and covered a larger area. After much digging, Persinger unearthed a complete, 12-inch wood-fused cannonball. He suddenly realized he had just found a previously undiscovered battle site.
Persinger wasn’t always so fortunate. In his younger years, he walked mountains, valleys, and beaches looking for treasure with merely his eyes. He dug roots for food. He says he often wanted to buy a metal detector, but even into his late twenties, the aspiring treasure hunter was unable to afford one.
Click to expand... 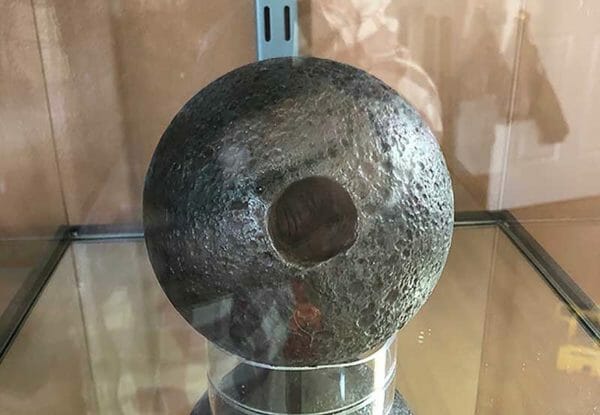