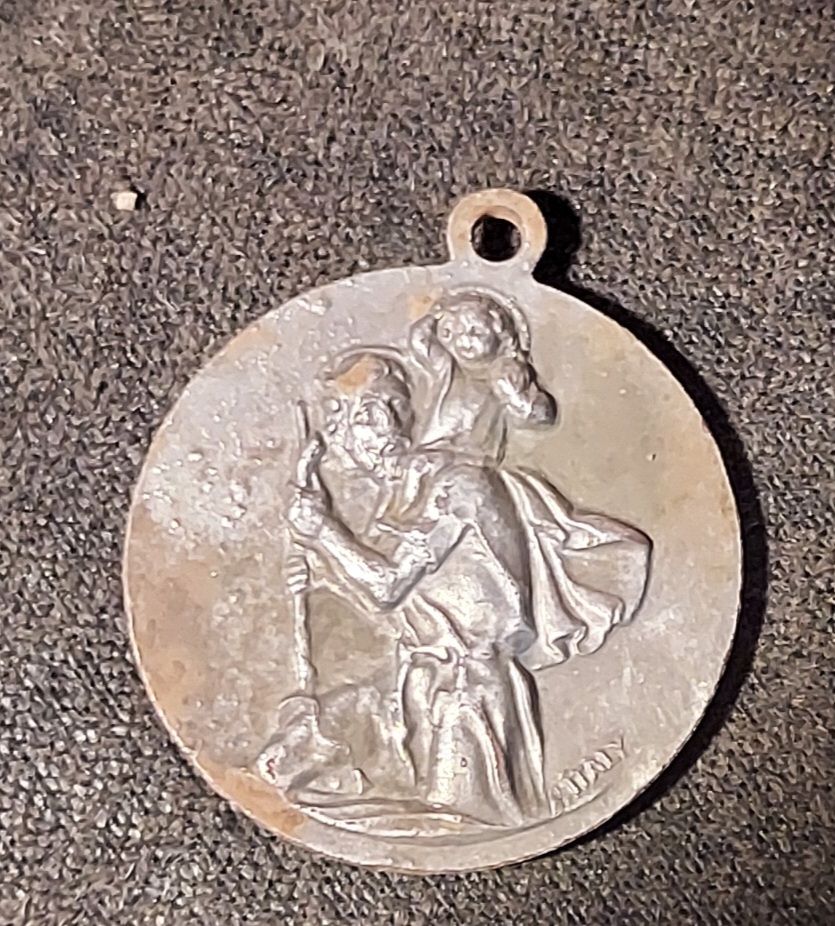 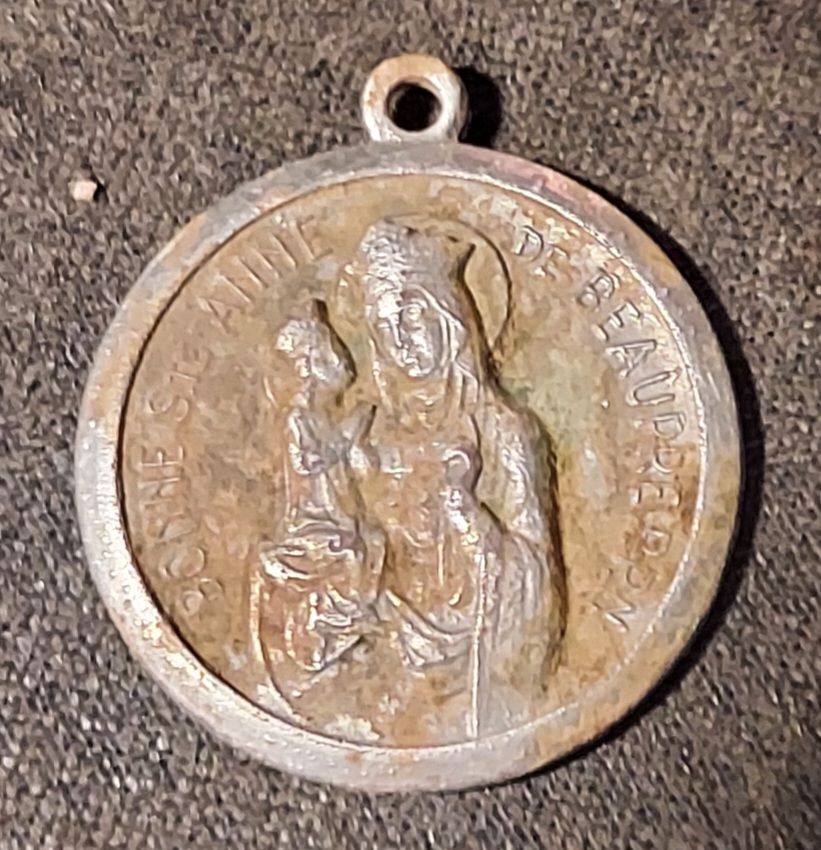 The “Bonne Ste Anne de Beaupré P.P.N. [Priez Pour Nous]” legend in French is for “Good Saint Anne of Beaupré Pray for Us”. Saint Anne was apocryphally the maternal grandmother of Jesus and venerated by the Catholic Church for curing the sick and disabled as well as being the patron saint of sailors. That’s St. Christopher on the other side, the patron saint of travellers.

Since 1658 there has been a shrine to her in Quebec, then a church, and ultimately a basilica (completed in 1946) in what became the town of Sainte-Anne-de-Beaupré, which attracts half a million pilgrims each year. The medallion is likely no older than vintage, made in Italy as a religious amulet.

Congrats on your nice find!!
OP

Thank you for the wonderful history and discription. It was an honor to find the piece. It rang up as 22 on the nox. Many people likely would not have dug it and Bulldosiers are scraping around. Happy Thanksgiving.
S

Very Cool!!! Congrats!!!
You must log in or register to reply here.