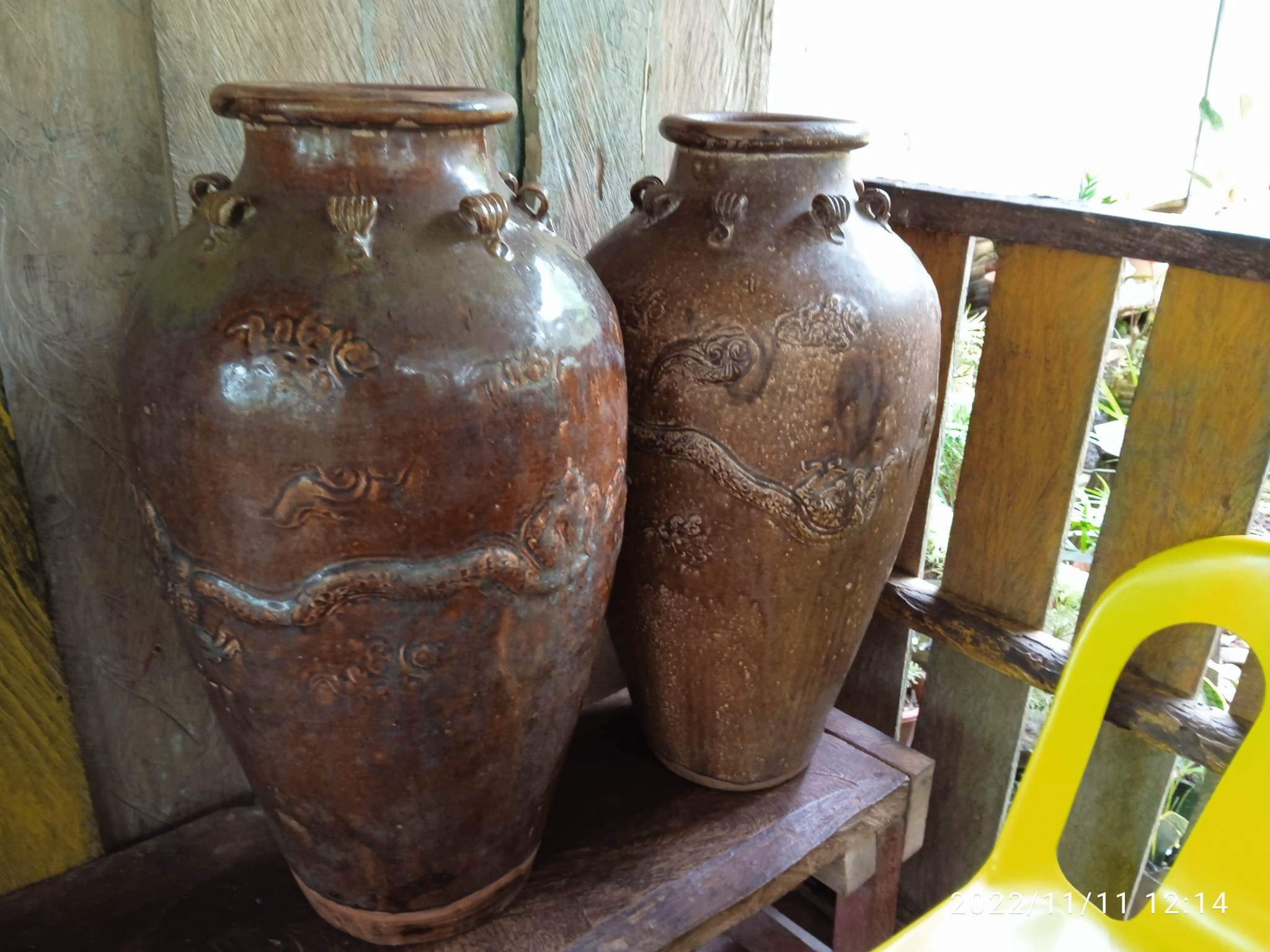 Very nice. Those are ‘Martaban’ jars from Southern China and perhaps from the late 1700s or early 1800s. Older examples and more recent copies exist however. They take their name from the Burmese port on the gulf of Pegu through which many of them were traded throughout SE Asia and beyond. They were made near port towns, principally in the southern Chinese coastal provinces of Kwangtung, Fukien and Chekiang. The encircling dragon (Naga) decoration on stoneware with black, dark-brown or amber glaze is very typical. They range in size from around 30 inches or more down to about 12 inches.

They were originally used as storage jars for provisions such as oil, wine, fruits, and pickles as well as serving as shipping containers for more delicate and expensive ceramics wrapped or packed in sawdust/wood-shavings. This one, very similar to yours, is described by the seller as a rare antique (c.1800) 32-inch high ‘Tajau Dayak circling Naga’ for which he wants $1200. 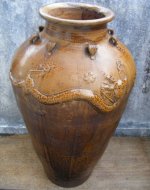 That’s a credible description, but (presumably) undocumented with respect to provenience/provenance and may be a way of bumping up the price to that level. The Dayak (of Borneo) were one of a number of tribal peoples throughout the Malaysian and Indonesian island regions who valued the empty jars as prestige items. They used the term ‘pusaka/pesaka’ and other dialect variations to describe them. In Borneo, the term was usually restricted to jars passed down through a family as heirlooms and regarded as sacred. But they were also used as a form of currency for ‘bride-price’ at weddings and to validate peace agreements between tribes, or as reparation for deaths arising from territorial disputes. 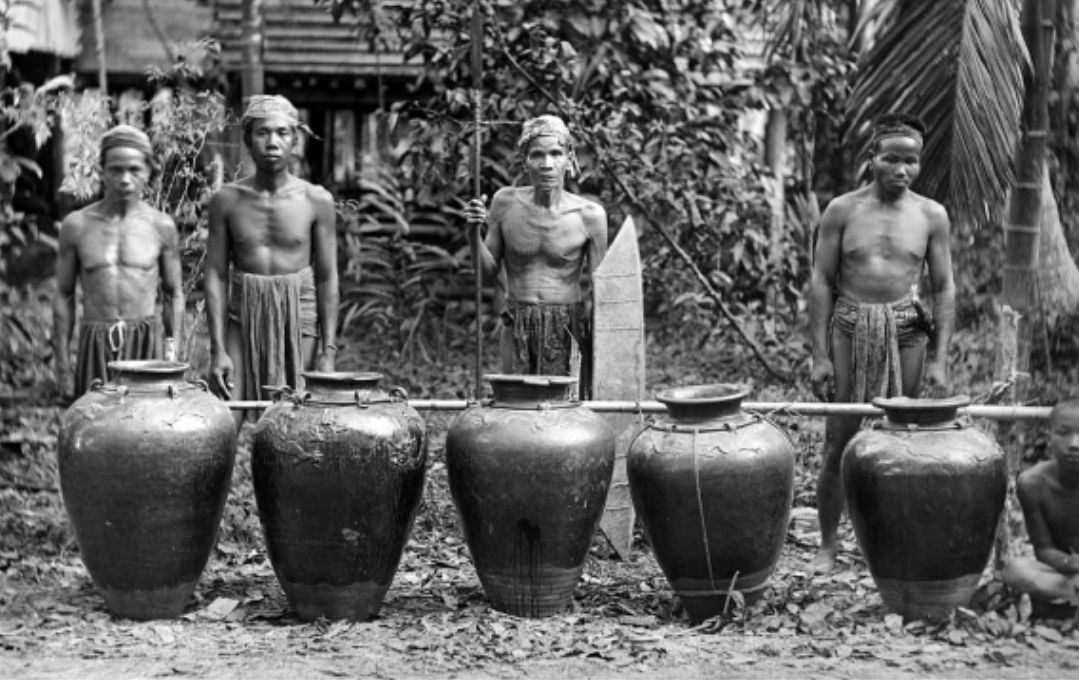 Do yours have any marks on the base? That might both help attribute or date them, or elevate their value. Unless there are marks which suggest greater antiquity, and without demonstrable proof for subsequent tribal use, generic large jars of this type from the 1800s have a start price around $200 but frequently fetch significantly more.
Last edited: Nov 30, 2022
You must log in or register to reply here.

Every walk is interesting