Live in VA and have been a longtime Contributing Editor for North-South Trader's Civil War magazine, specializing in dug and nondug southern schools, academies, institutes, etc., primarily from the pre-war era. Have a special affinity for VMI artifacts. No. 1 on my Want List is a CADET W.M.S "barracks" button, SU-432. Also need outstanding examples of dug CADET A.M.I VA state seal buttons (Albemarle Military Institute). Will be working on an article about the pre-war Western M.I. of KY and need photos of any existed artifacts associated with that school. My other loves are dug Franco-Prussian War of 1870-71 buttons (dug in France) and Crimean War buttons from the 1854-55 war (dug only please; mainly regimental numbered buttons from Russian, French and British units). I serve as a clearinghouse on all things school wise, so if you know of anyone with school buttons, pictures, and other items, let me know so I can contact the owner when / if I do an article on that specific schools. Articles published so far include The Norfolk Academy of VA, Hampton (Military) Academy of VA, Transylvania Univ. of KY, and Kings Mountain Military School of SC. My email is: williamibrown53@yahoo.com
Last edited: Sep 27, 2013 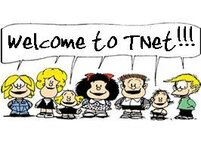