The Search for A Fabulous Golden Treasure...Becomes...The Dyatlov Mystery!

The Strange, Bizarre and Maybe the Truth...is not only limited to Oak Island but some 4000 miles away in the Ural Mountains of Russia.

This is the Mystery Deaths of the nine students of the Dyatlov Expedition. 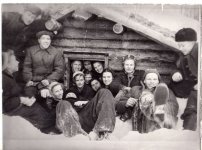 PICTURES OF THE DYATLOV PASS MASSACRE--HOW THE DEAD WERE FOUND

Since the start of this mystery in 1959 and my many later years of looking into this mystery, it has been a puzzle worth trying to solve using Logic!

It is of note that this year (2019) the Russian authorities have opened up investigations into this case.

Here is my theory as to what may have taken place.

I have thought of the unfortunate and unexplained death of these students for some time and as Spock stated in Star Trek — quoted from Sherlock Holmes “… when you have eliminated the impossible, whatever remains, however improbable, must be the truth…”

I originally thought that it may have been the Russian army with concussion bombs that were dropped on them by accident.
The army had used this location for secret tests.
Some mention that the army secretly arrived at the crime scene a week before the rescuers found the bodies.
This could answer a few of the mysteries, but not all!

The reports stated that the hikers were on a vacation and were there to ski.

I had previously stated that they were there as undercover investigating reporters to obtain more information to why numerous Mansi Hunters the year prior had disappeared and to try and prove that this disappearance had something to do with the Yeti.
I googled Russian news broadcast for 1958 and there was an interesting account a few months earlier of Yeti encounters on this range. That year a number of local Mansi tribe people disappeared.
After this investigation the Russian Government banned all further investigation or reporting on the Yeti with threats of incarceration.

The hikers showed a lack of knowledge and preparedness if their plan was to deal with the Yeti.

They were unaware that Yeti could climb trees and were unafraid of fire, and how aggressive the Yeti could be if provoked by trespassing.

The hikers did not go armed with rifles, as previous pictures showed.
A note on a printed paper in their possession was ascribed “From now on we know that the snow men exist”.
Although they used guns to protect themselves in this wilderness terrain for previous trips (pictures show), they did not carry them this time in case they were stopped and questioned.
Whatever attacked them in their tent did not bite or claw but had extreme power to crush

When the hikers made statements that they thought they saw a Yeti stalking them, they did not make camp there to try and initiate contact.

No, logic dictates that these were not the reasons for going this great distance and endurance to arrive at Kholat Syakhl or Mountain of the Dead.

I believe the reason and logic lies with the odd man out… Alexander Zolotarev.

Sasha as he was known, was older and not a familiar part of this group, a Russian war hero, who was stationed in the Urals as a soldier.
With his connections as a tourist guide and working with the Mansi, I believe he came across some valuable information.
This information was the location of the Treasure of the Golden Woman of Ugra.
This legend is of a woman god cast in solid gold which along with other treasures were secured by the Mansi in a mountain cave prior to the Cossack’s conquest. 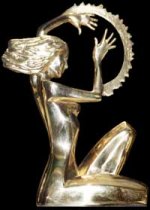 I believe this was the true reason these hikers were at this mountain as due to terrain conditions winter is the best time for access.

It is strange that Mansi legend states that this golden idol and her treasure are protected by the Menkvi or the Yeti, as we know them!

Why was their tent on the exposed side of the mountain and not logically down at the tree line for shelter and fire wood?
The army could have moved the tent up the mountain to change the crime scene.

Why there was radioactive material on some of the clothing and why they were not wearing any protective clothes for the harsh climate?
The army could have changed their clothes and confiscated clothing which showed being radioactive.

Though all good explanations, I do now believe there is only one explanation that holds up to all facets of this case! 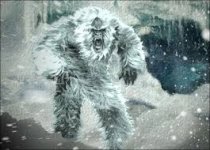 Why would anyone set up camp on the side of the exposed mountain, when there was a forested shelter a short distance down the mountain?
On research I found that the small tent used was not their main tent — they had left supplies at a base camp and were using this very small tent for an
excursion.

The illogical pitching of their tent in the open may have been due to a scare from the locals at the last settlement which told them about reindeer being found dead in this area.
They may have felt more secure making camp in the open rather than down within the trees.

After taking off their heavy outerwear and boots and due to the small space within the tent along with the moisture and odor, they would have left this clothing outside at the back of the tent with their pack sacks to dry out. They could have left them in what appears to be an overhang on the rear of the tent where the exhaust stove chimney exits.

They entered the tent in their long johns and tent slippers and had supper.

Shortly after supper 2 of the men went outside to urinate (documented) with possibly a flashlight which they left on the roof of the tent (documented) and a lighter and cigarettes to have a smoke. It was written in their diary that the women did not want them smoking in the hotel rooms or tent. While out they were attacked and forced to flee down to the forest for cover. There they built a fire for warmth and to keep any predators away.

On hearing a commotion outside the tent 3 students went outside to help with a flashlight but were also attacked.
They fled down the mountain unable to have reached their outerwear at the back of the tent.

The attack then centered on the 4 remaining students inside the tent. The Yeti unable to open the closed tent door or cut through began to pound on the center of the tent with the students inside slicing their knives back through the tent for a view and to help repel the attack. It has been reported that the remaining students may have been poked through the open slits of the tent with one of the ski poles. It was documented that numerous knife cuts were found on one of the ski poles.

The Yeti attack temporarily stopped when it noticed the fire down at the tree line and the 3 students heading towards it with a flashlight (documented and found on this trail still in the on position).
The Yeti have been reported as not being afraid of fire or light.
The Yeti caught the 3 students before they could reach the tree line.
Yeti use their large powerful arms to club and then bear hug their quarry until subdued, all similar injuries reported on the students.
Seeing that the fire was attracting the Yeti the 2 students at the tree tried to frantically put it out, it was reported that one of these student’s hands were burnt possibly by this action.

Next these students proceeded to climb a tree.
The report claimed they had climbed the tree to observe if their tent was still there to return to for their survival gear.
The problem with this is it was after sunset in winter in Russia.
I googled if there was a full moon that night and there was not, so it would have been pitch dark.
The only reason to climb a tree would be to try and elude a predator.
It has been stated that Yeti can climb trees.
One of the students was found a few hundred feet from the tree still clutching a branch as if he had been dragged down from the tree.

When the remaining 4 students of the group did arrive at the tree line, they found their companions dead, so they removed what clothing they could to keep warm rather than return to the tent and what they thought was back there. They then went to a ravine and dug a snow cave for shelter.
The Yeti unfortunately was waiting for them in the tree line and pursued them, cornering them at the ravine some short distance away and finished them off.

One problem with the Yeti theory is that no foot prints were ever found.
The explanation is it was sometime after the encounter, in winter, in a valley known for wind.
The Yeti/Sasquatch have a very large bipedal foot, much like a bear paw snow shoe which would leave a very flat shallow print.
These prints would easily disappear with weather conditions.

The final explanation may be the hardest to believe and that is...why have no further sightings or findings been made of Yeti in this location?
With all our technologies these mountains and the world in general have become a lot smaller but the Universe is immense and unknown.
There were unexplained lights in the sky at this location seen by other observers, along with what appears to be pictures of Globes taken by the students
Strange creatures have been reported all over the world with similar globe light occurrences (Kentucky Goblin Encounter,Chupacabras, Ogopogo, Lochness Monster, and other such things).
Many documented encounters with Sasquatch have been reported with similar globe lights seen in the vicinity.
Could it be that there are time portals throughout the Universe and these creatures accidentally pass through them?

Could a nuclear blast such as the 1957-58 Russian accidental nuclear explosion at Kyshtym (just a few miles south of Oblast Swerdlowsk where these students were) cause a rip in our universe?
This accident reportedly killed 1000’s of people and contaminated a 100 square kilometer area with high level radiation.
Could the radiation on their clothing have come from physical contact with these entities?

I am glad more attention is being placed on the investigation of what might have been the unfortunate deaths of these students.

https://dyatlov.ruptly.tv/en/
You must log in or register to reply here.