A few firsts for me, inlcuding my first Barber silver!

A friend of mine invited me to join him at a site where an inn once stood in the 1880's, so of course I said "yes"! It was obvious that the site had been worked before, but based on the unfilled holes and lack of high tones, whoever was there before was coin-shooting. I did manage to come away with a few cool relics and several "firsts" for me. In addition to the usual shotgun shells and square nails, I found the following: my first harmonica reed, my first garter clip, and my first oil lamp wick assembly (which dates to the 1890's based on the manufacturer). I also got my first .41 caliber shell casing with an "H" headstamp, which (from online info) was used from the late 1850's through the early 1900's for single-shot pistols, such as a Derringer. 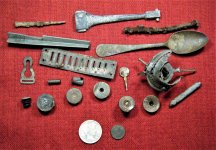 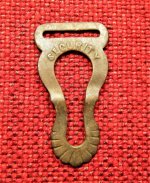 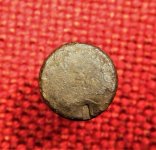 I also got my first Indian Head Penny, which was pretty roached when I first dug it. I did a bit of cleaning using techniques discussed by other Tnet users (Vaseline and Andre's Pencils). The result was at least recognizable as an IHP with a readable date - 1864! 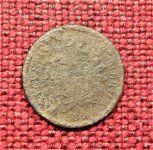 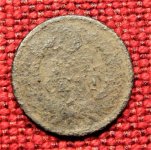 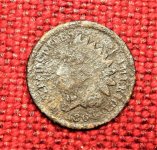 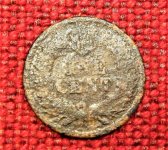 My find of the day, though, was my first Barber silver coin, which just happened to be a 1911-D Barber Half Dollar! 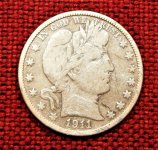 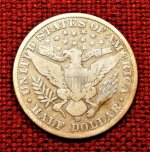 Needless to say, I had a wonderful day, and we plan to go back again sometime in the near future! As always, thanks for looking, and my your next hunt bring you joy!
Upvote 34

Congrats on the great finds.

Nice bunch of finds. Congrats on the IHP and the silver is always nice.

lairmo said:
WOW!! congrats on all the firsts!!!!

Thanks! It was one of my favorite days yet!
OP

Thanks so much!
OP

Thanks! I would have been happy just with the relics!
OP

Hawks88 said:
Nice bunch of finds. Congrats on the IHP and the silver is always nice.
Click to expand...

Thank you very much!
OP

Thanks! It's only the second I've found, and the last one was a beach-eaten Franklin, so this was especially nice.

TomW244 said:
Thanks! I would have been happy just with the relics!
Click to expand...

Then mail me that half dollar and I'll mail you some more relics.

Thank you very much!
J

Congratualtions on the relics and nice coin shooting!

I wear my only Barber Half around my neck and anytime I get a IHP it a get day. Congratulations on a great opportunity for a great hunt.
You must log in or register to reply here.

A nice outing to an old mining town, Winkelman, Az. Assortment of finds

Same Site gives up Indians and war nickels and marbles too