🔎 UNIDENTIFIED Any info on my button? 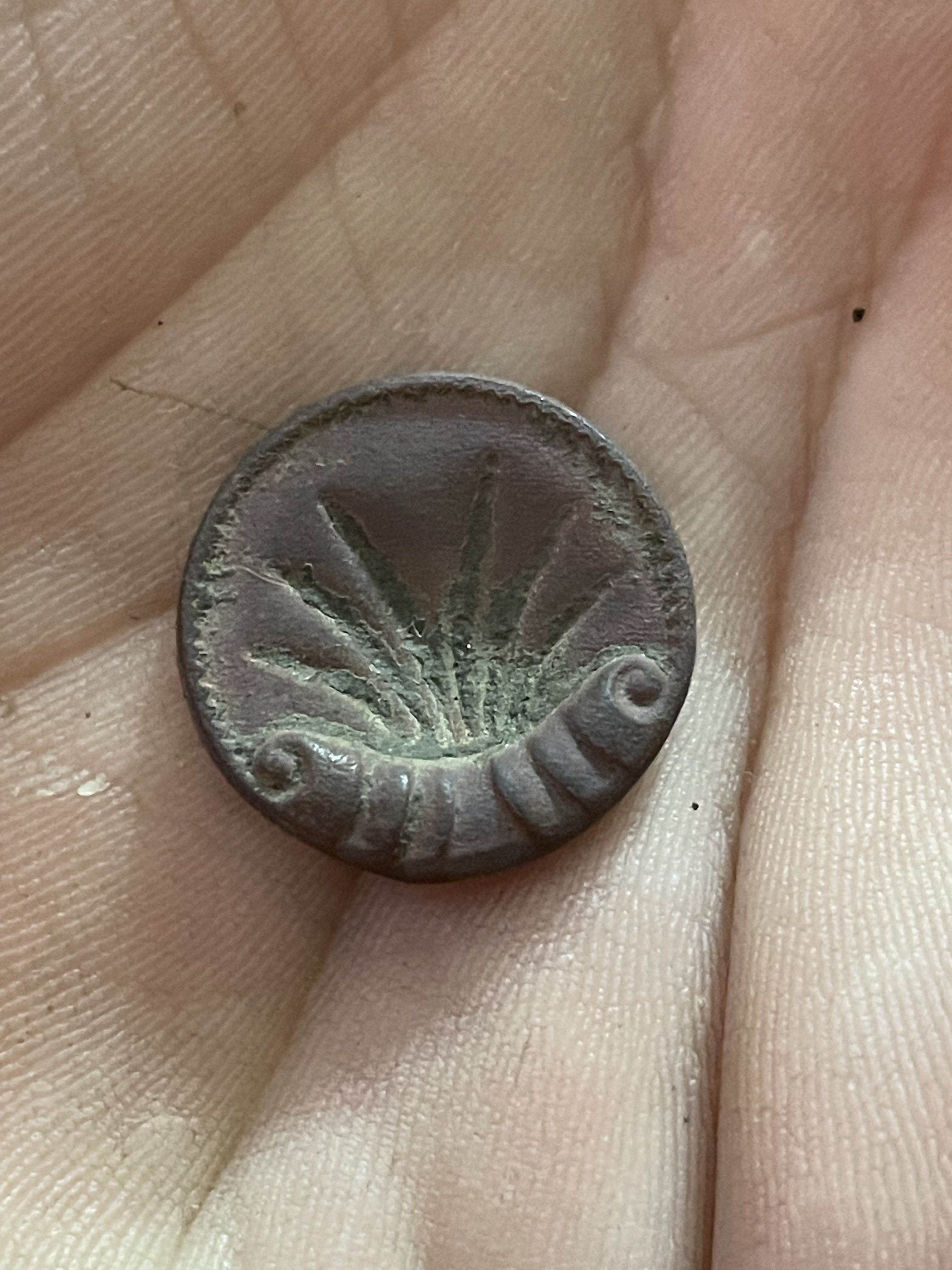 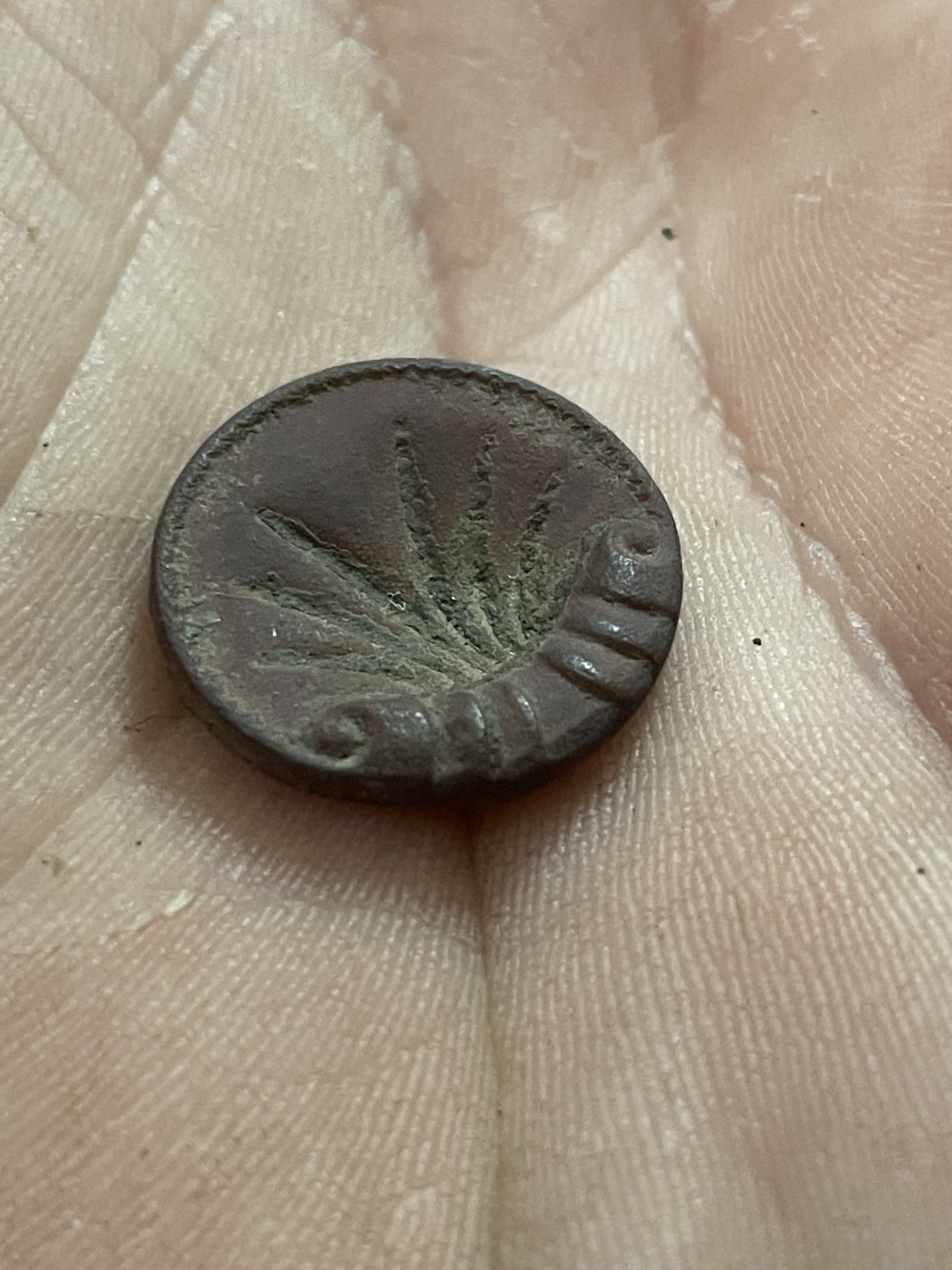 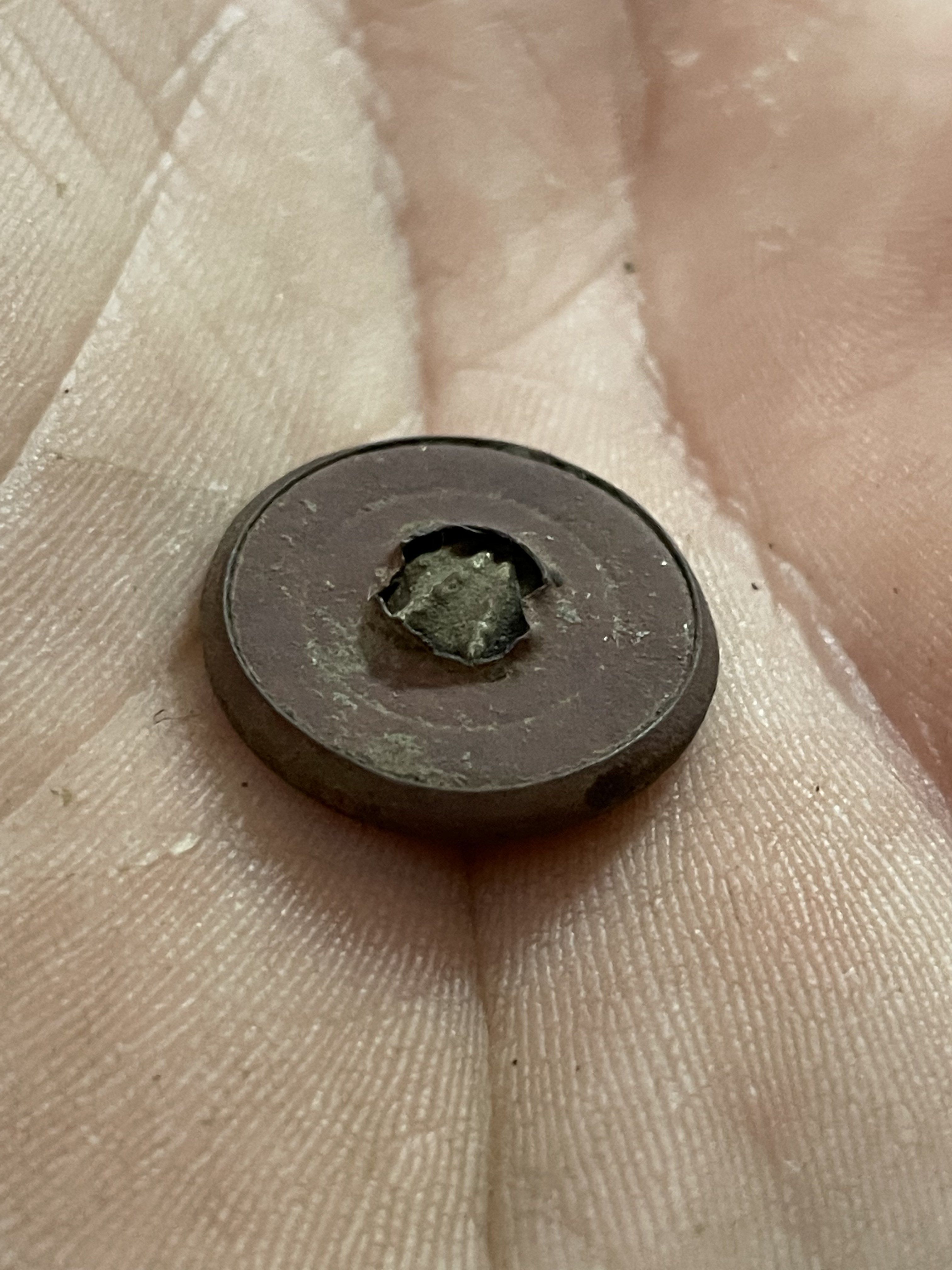 Found this at a site that refuses to give up anything dateable, hoping maybe someone would recognize or know a general range based on construction. The back looks plain unfortunately
Sort by date Sort by votes
OP

Tried tooth picking the back and holding a light at a low angle I don’t think there’s a back mark.

through this site I’ve learned the general evolution of buttons and I know that it’s no earlier than mid 1800’s but a lot of things focus on evolution of military buttons. This one being civilian (I assume) I’m unsure how long a two piece construction like this continued… maybe it never stopped, if it was military I’d be thinking 1860-1890 range would it be fair to think the same for this one?
Upvote 1
OP

One last try. Any search suggestions? Anyone think it may have been a domed button that’s been pushed in or was it intentionally concave. Would you call the deal above the banner a plant or a sun burst or something else
Upvote 0

Since nobody has responded to your request in 6 days, I'll step forward.
My observations:
The ragged-edged circular "rip-out" in the center of your brass button's back indicates it is a rivetbutton whose rivet-stud has been torn out of the back. Its construction form and the artistic emblem on its front indicates it was made in the late-1800s to early-1900s. You asked about what is shown in the emblem. To my eye, the six "arcing" (they are curved) spikes resemble a "spike form" plant, such as Spanish Bayonet or Aloe or another similar plant. Also to my eye, the front was manufactured concave... IMO it hasn't been pushed in. Besides, it's a rivetbutton, and nearly all rivetbuttons have a flat or concave front.
Upvote 3
OP

Appreciate the stab at it, this spot has been frustrating to date, tons of stuff, lots that seems like it could be dateable like this button but so far aside from one coin, I don’t have anything I can confidently date. I try not to bump my own posts but this one I had a short contest with my brother who could find the most interesting thing, was hoping to come back to him with some info on the button. I’ll look into rivet buttons.

To update I’ve found things with a thin silver guilt or something along those lines so I was hesitant to hit it with a wire brush, after trying a brush, then a toothpick, I decided it’s probably ok to wire brush, I’ve been looking at wheat buttons due to the new texture of the probable plant. At first I thought maybe aloe too but maybe out of place for Kansas. here’s some pics after wire brush. 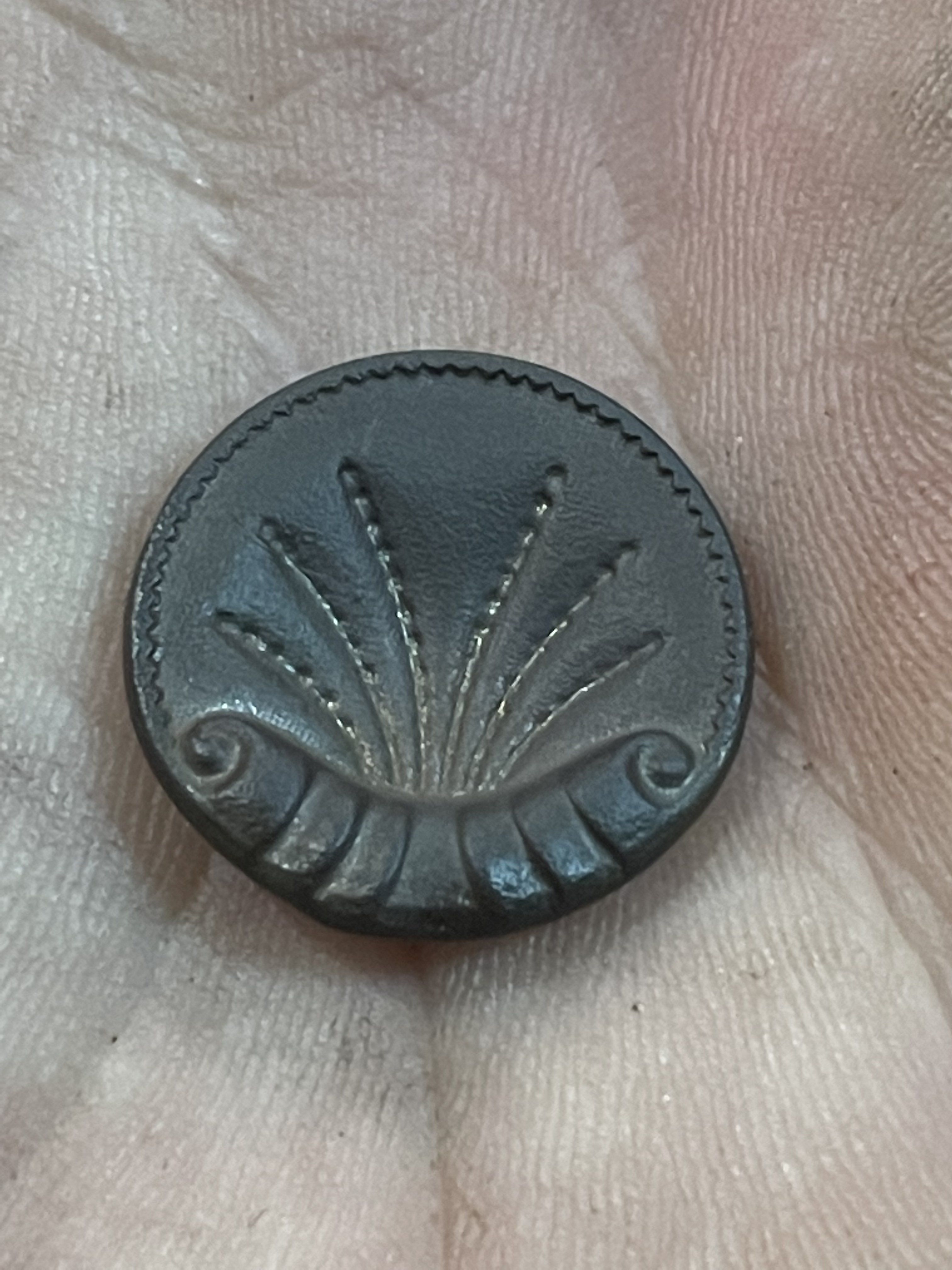 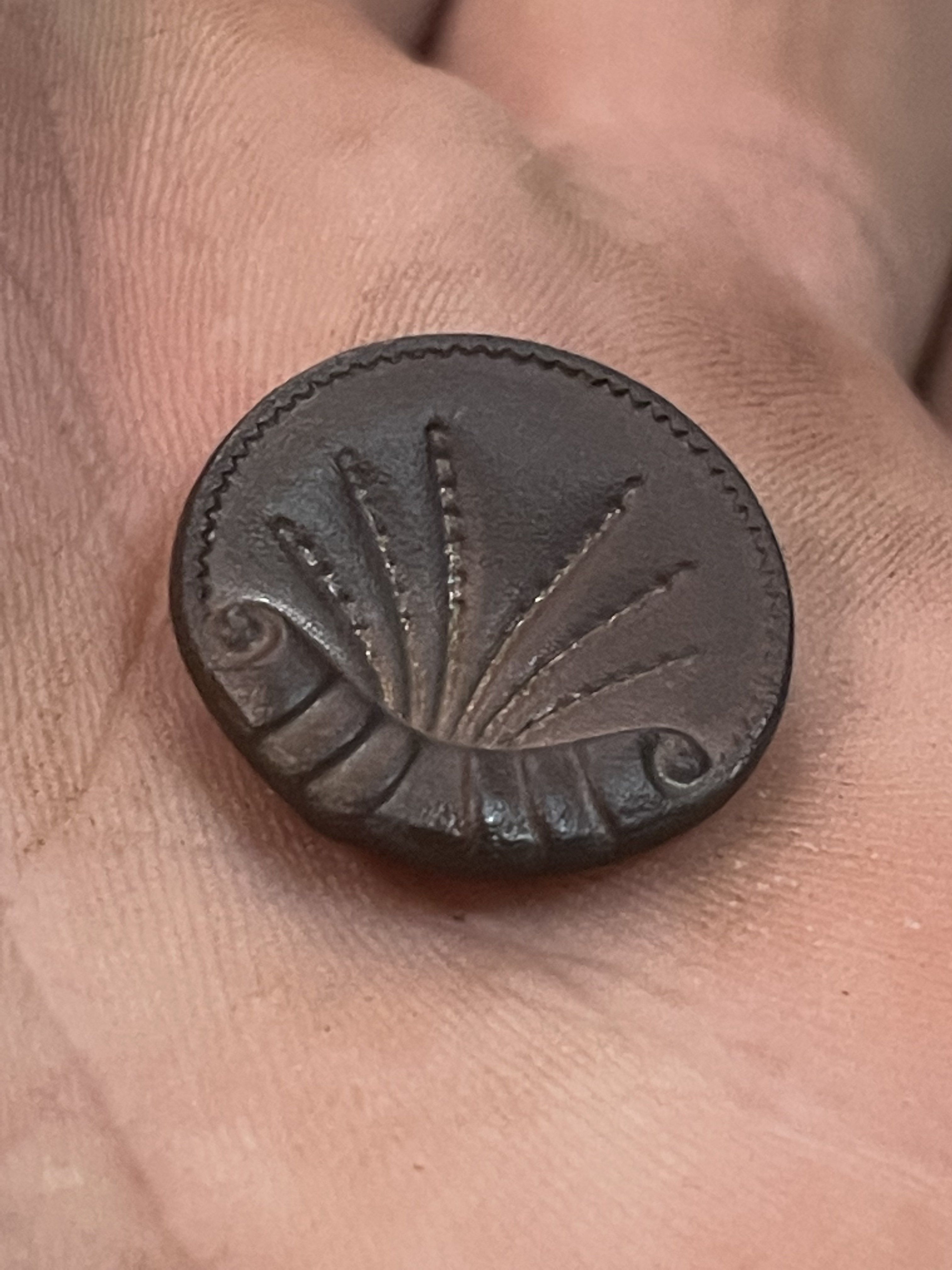 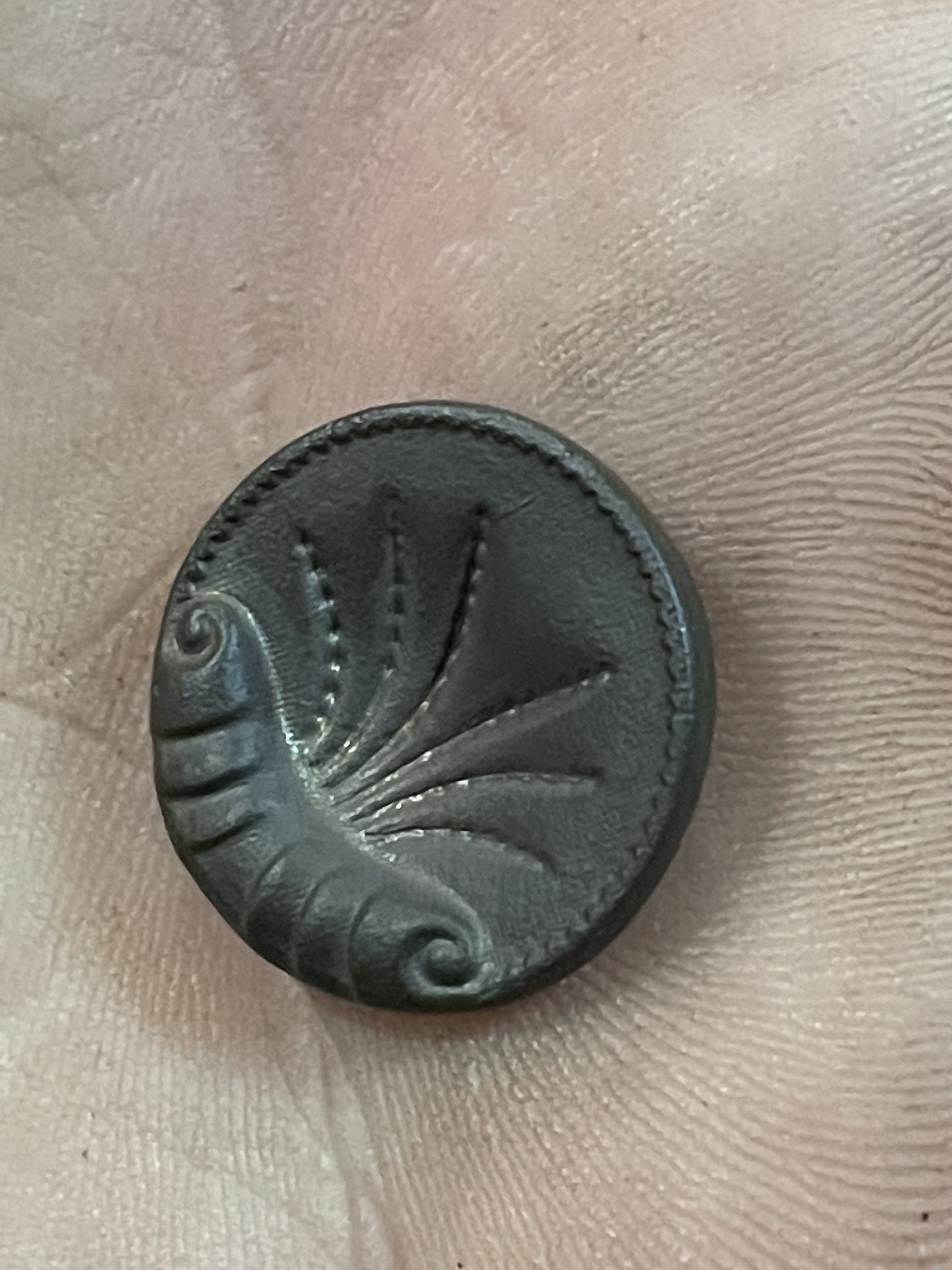 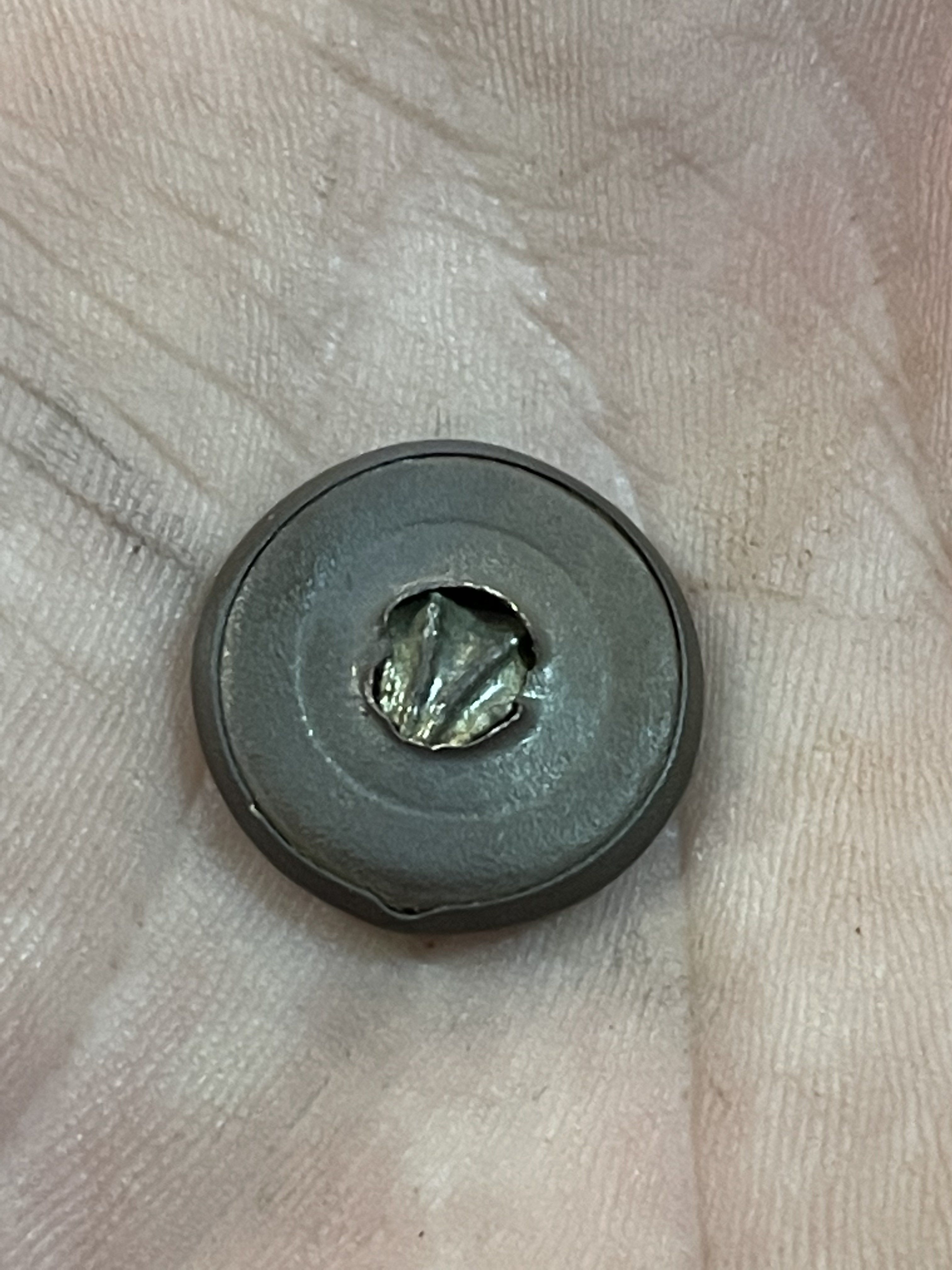 Here’s some of the other things I had hoped would be dateable, most have been posted before but maybe showing them as a group may give someone a better sense of age.

Old telephone contraption? Something else?