I do civil war relic hunting and silver coin hunting in very metallic trashy parks and areas along creeks in urban Atlanta.

I am wondering what your experience has been with Coiltek 14×9″ DD Coil for Minelab CTX 3030.

I tested one of those for Kellyco when they first came out in 2017. I found it extremely heavy and it didn't do any better than the stock 11" coil. If you recall, it didn't do well in terms of sales either.

Just the results from my test. Your results may vary...

Below is my field test report.


Field Test: Coiltek 9x14 Coil for the CTX 3030​
Purpose: Evaluate overall operational capability, sensitivity and stability of the Coiltek 9x14 under various test conditions. Report findings and provide comments from a user perspective--not that of a technical engineer.


Procedure: Tests were designed to examine sensitivity at depth, ability to separate good targets from junk and performance in wet salt sand. Stability in saltwater was also considered.

Sensitivity: Determined by reporting the greatest depth at which a modern quarter could reliably be detected by tone and VDI in dry soil.

Separation: Conducted on dry land, each of the various targets was positioned in between two rusted, dime size washers. Both washers were then moved equally and incrementally nearer that target. The closest point at which the target could be clearly detected and not masked by the junk was recorded.

Saltwater: Stability in manual sensitivity and auto+3 was noted while detecting in saltwater surf.

Detector settings were selected to optimize performance of the overall system under the specific test conditions and are detailed in the data sheet. 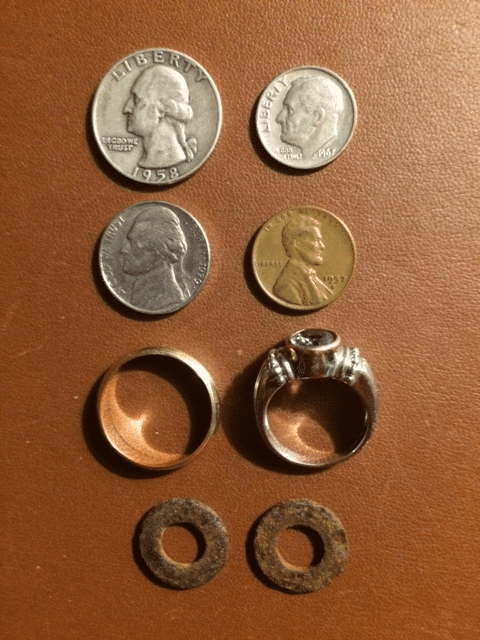 
Findings: Detailed findings are as shown on the data sheet with comments and conclusions directly below.

Comments: The first thing I noticed about the 9x14 was its weight of 34.7 oz vs the stock 11 inch coil at 22.4 oz. This coil is robust but not so much as to be unwieldy or unbalanced when mounted on the CTX 3030. The positive point of that weight is it's negative buoyancy….no floating coil in the surf here. I was then impressed by it's sensitivity for a coil of this size. Having a larger footprint than the stock 11 inch coil, it's able to cover a greater area per sweep but not at the expense of the ability to detect smaller targets or those surrounded by junk. The Coiltek 9x14 was able to clearly separate and detect the good targets even when the junk was touching or even placed on top of the target.

The depth at which I was able to successfully detect the targets even in the difficult dry top soil of my Florida test area was comparable to the stock Minelab 11” coil. I have no concern as to the reach and stability of this new coil.

The performance of the 9x14 in wet salt sand and surf, was again very comparable to the tried and true stock 11” coil. It was solidly stable even in very rough surf and the added weight ensured that the coil remained on the bottom...no danger of floating with this one.

Conclusions: Bottom line up front: The Coiltek 9x14—great coverage area, sensitive, acceptably deep and stable. Two personal notes; I like elliptical coils for their ability to swing closer to obstacles and beach cuts while covering a larger detection area than round coils. Secondly, given the weight of the 9x14, use of a good harness for those long days of detecting would be my personal preference.

Caveat: As with any field test, the results reflect and are dependent upon the specific test conditions/environment, selected targets and mineralization level of the soil, sand and water. Results of similar tests, regarding depth, sensitivity and stability, conducted under different conditions can be expected to vary from those reported here.

Maximum detectable depth is not considered here as achievable depth is dependent on and influenced by many more variables than just detector or coil capability i.e. target composition and size, target orientation in the soil/sand, mineralization, amount of moisture in the soil/sand etc. Therefore, maximum depth data would apply only to the specific test conditions and would certainly not be universally applicable. 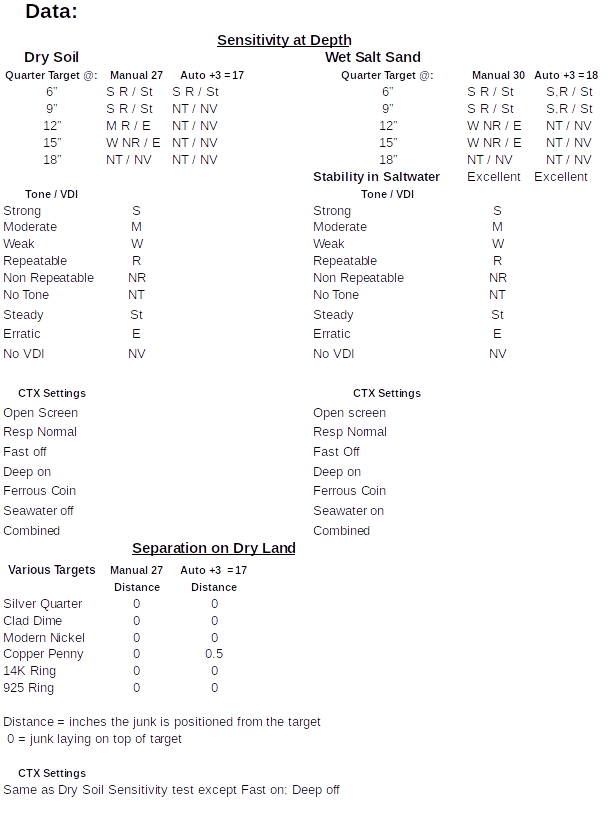 Has anyone tried excavating a test area to MD?