Had a pretty good day yesterday.

My son and I had a good day yesterday. Hunted two yards, one was 1826 and the other 1880's. Finds included a 1936 walker Half, Silver Rosie, 5 Indians, a bunch of wheaties, 2 store tokens, a lead soldier, an old broach, a neat old soap dish, 2 war medals including one inscribed "Maj. Gen. Fitzhugh Lee... Commander". He was the nephew of Robert E Lee, and also a major general for the CSA during the civil war, later a major general for the United States and later the 40th governor of Virginia. We had a lot of fun finding these items. 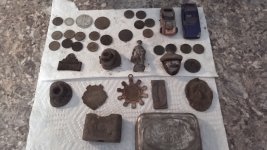 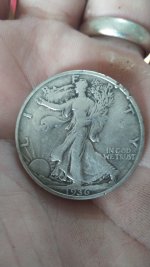 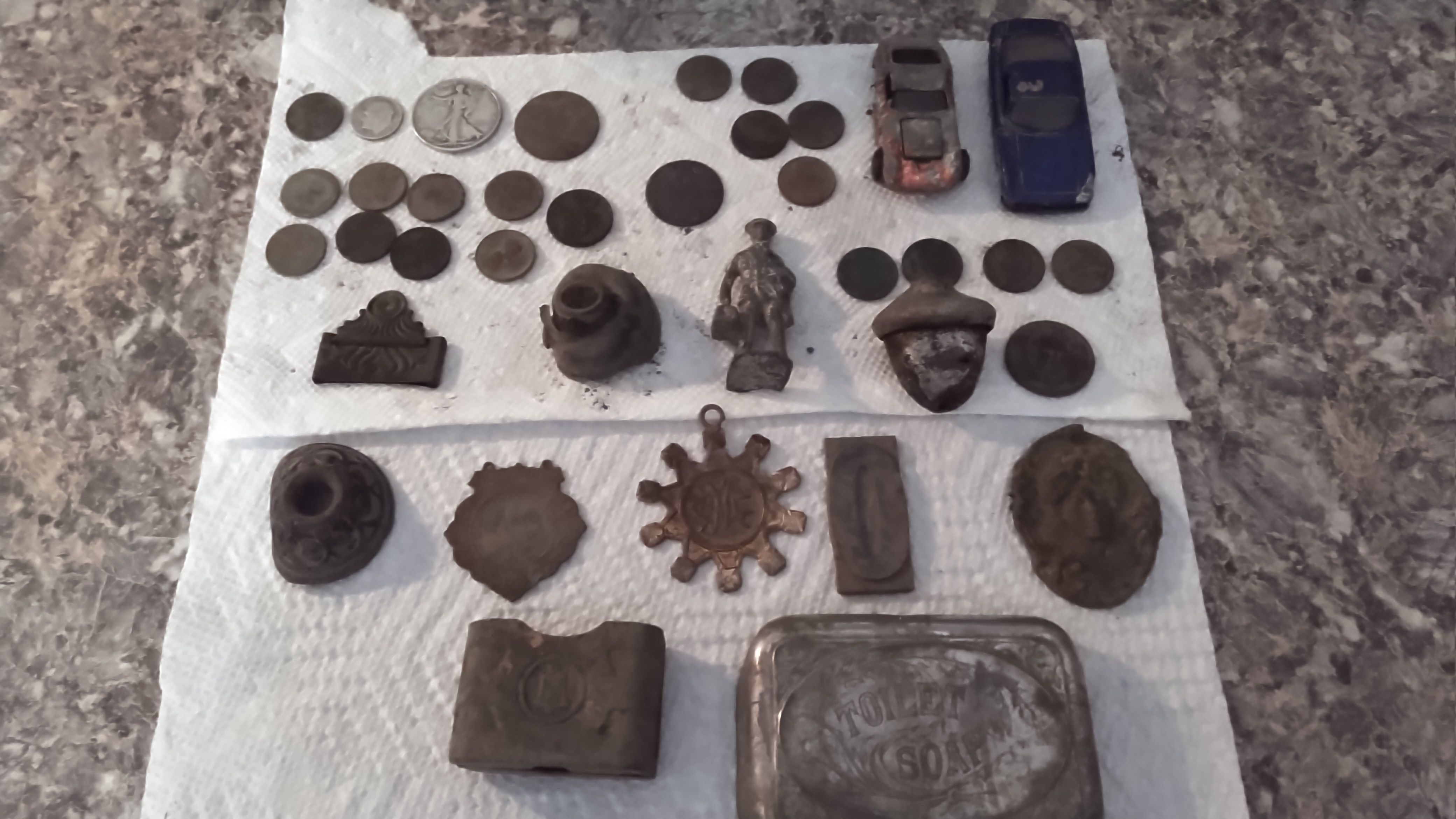 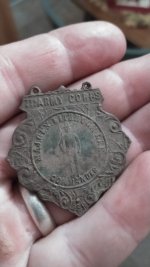 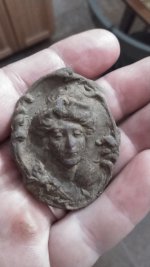 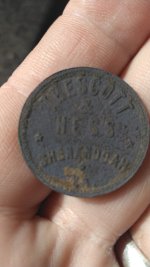 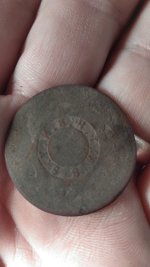 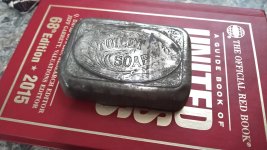 "Had a pretty good day yesterday."​

Understatement of the year !! You & your son had a GREAT day !!
Congrats on the great finds & thanks for sharing the nice story & history.
That's what it's all about. A great day out with your son & having fun finding some great & historic treasures. That medal alone, if it did belong to the 40th Governor of Virgina with his prolific resume, deserves a banner vote I.M.O. CHEERS !!

The soap dish looks silver, is it? 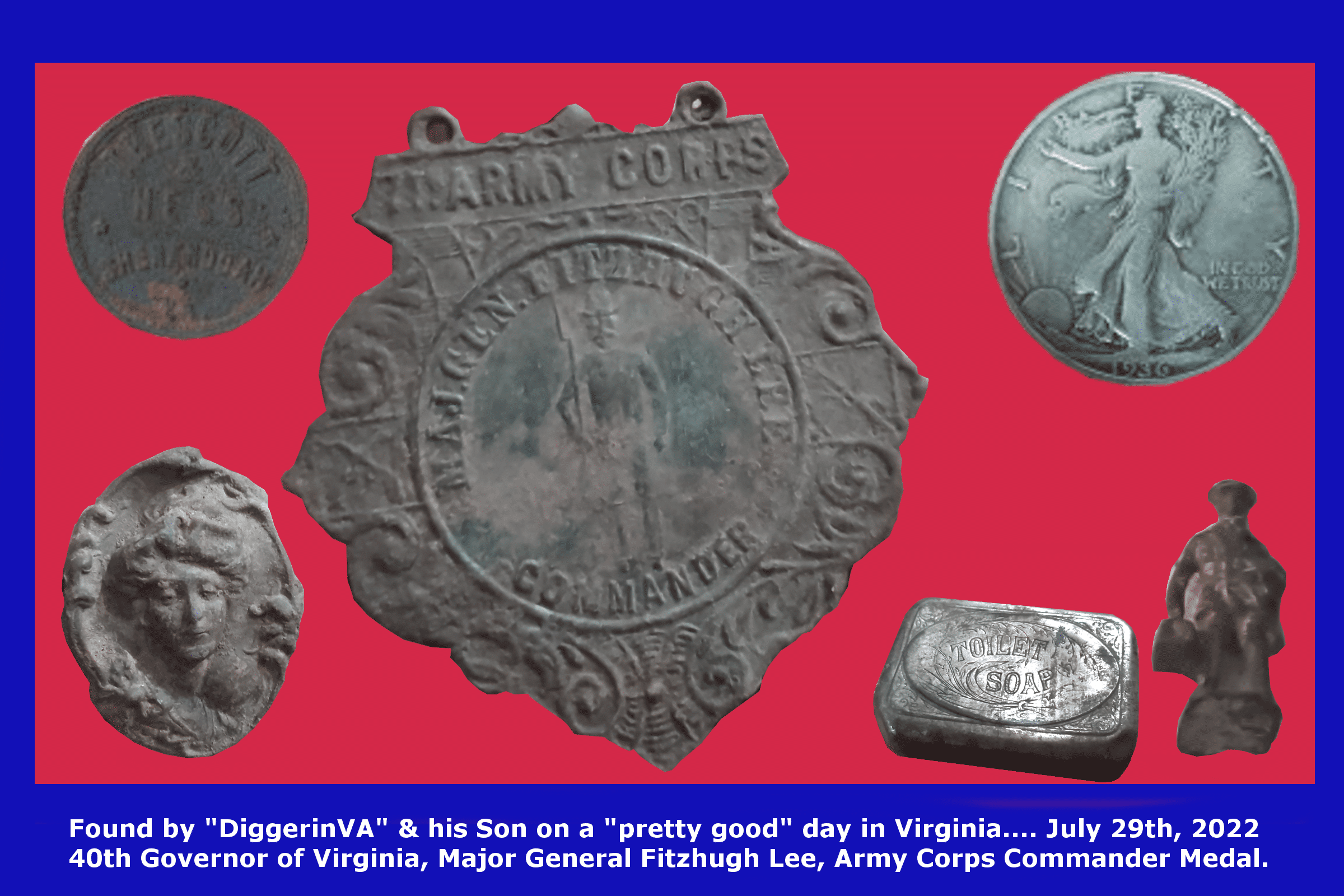 That's a great day of hunting.
Liking the silver and the medal.
The soap dish is a really cool recovery.
OP

The soap dish looks silver, is it?
Click to expand...

I love that! Thanks!

Congratulations on your special day with your son.
Your hunt will be Moments that will last a lifetime .
Voting Banner on your Historical recovery

What a killer bunch of finds - well done !

that was an AWESOME day!

I'd say that was a great day ! Coins, relics, military and tokens. Can't beat that. I like that military badge.

Good day is certainly an understatement! Congrats to you both for the incredible finds- houses that old could have some early Indians- any better dates among them?

Now that’s a really great day of digging! Congratulations and thanks for posting them!

Flipping threw your pics my hart stopped on what I thought was a chain cent reverse .. wonderful finds I’m truly envious a little
OP

slammyz69 said:
Flipping threw your pics my hart stopped on what I thought was a chain cent reverse .. wonderful finds I’m truly envious a little
Click to expand...

Yeah, i believe that to be an old Railroad token. Wish it were a chain cent!
L

Stellar finds! Congrats! That badge is killer! What is this "chain cent" you refer to? I don't think I've heard of this?
You must log in or register to reply here.

A quick swing on a summer evening