Looking for other treasure legends...

bpasero said:
Perhaps the Lost Hawkins Mine in Siskiyou County California would make interesting fodder for the site.
Click to expand...

Give us all you've got.

Marc said:
If you aware of another treasure legend, and you think we should create a new forum for it - let us know!

Heber springs arkansas, big lake there, and one big island, years back people
lived there, now no people only Goats.. The island is called Goat Island, the
story goes, treasure, just under the water... Must have a boat to get there...
ark turtle
Click to expand...

When the jesuits had their mines on the estrella mountains in pheonix they were ready to transfer the treasure in an emergency.the time came when they had too.in 1767 the king of spain ordered the arrest. Of all the jesuits around the world.I have the document. Of the santa maria and it states in Spanish that the treasure was taken, was packed on mules, then they rushed transporting it only in the dark of night.it took 12 nights to get it to its new hidden locaton then it was deposited and sealed.they also drew markings on the manuscript. There are two dark shaded areas, a horizontal fish with an arrow pointing up and a rope going through the fish.there is a small man hanging off the rope.the last marking is another arrow pointing.at the mouth of the fish

bluejacket silver load & cheif blackhoofs cache both are located somewhere around old chilocothe . they are the center of my research . I believe if you could find both it could be proven that some of blackhoofs silver artifacts could be dirrectly linked to bluejackets silver load . and the myster of where the shawnee got their silver would be solved .
C

cptbil said:
wallycuz:
'bout 40 miles outa' Corpus Christi!
But!
I am hoping to be out of here, middle of April!
DARN !
Schedule keeps? a' getting set back!
But! One day Me'n, Duke & Jeep will be out on the road !
A headin' fur Treasure! ? ?

I live in San Antonio.. i can definately make a trip to corpus. I'm searching for good leads on treasures to go hunt for.. let me know if you would be interested in sharing any information with me..
L

Cptbil must have hit it big and dropped out of sight.

HI last leg, that or bugs simply got too hungry. Join me if You want his coffee that I have been saving?

Hi Don Jose, I hate to lose track of guys like Cptbil but his coffee was awful. I just hope that cave he and Bugs went
into didn't collapse on them.
C

I am seeking true stories were not publish on Connecticut treasures that you gave up looking for. lovejoydc@att.net
J

My grandfather married a woman when each of them were in their late sixties and each has now passed away. They lived in the Kountze, TX area and she was a retired school teacher. She was from the "old school" with little humor or emotional expression. They lived on her property which had been in their family for several generations. The property was on a main trail in the late 1800's.

She claimed that a man had robbed a bank of gold coins and that several people had come through in the 1940's asking to dig on their land. To her knowledge no one found anything. I have no clue how she knew this, but she claims that the treasure was to have been burried near a creek by a large oak tree. There is a creek that crosses over the road and sets on their land.

I have no clue how much money was taken but it sounded like it had to be small enough to put on one horse and not over weigh it.

I would not normally think twice about this type of story if not for her no nonsense way.
Y

Why is it that the " Yamashita and the Golden Lilys WWII loot treasures" had been removed from the treasure legend?
R

how about the lost treasure of king solomon (knights templar)? how about the ancient treasure of the lost city of ophir (biblical ophir)? has anyone wandered where it is? are there any brave and courageous group of people who make expeditions? i will be glad to give you a lead. there are two ancient lost cities in the philippines that you can work on. just show me that you have the capabilities to conduct expeditions. i will just give you the google map , the lead, and i will not ask anything for money. you conduct your own sattelite investigation befoe you go here in the philippines. check if my claim is true.
Last edited: Sep 3, 2013
T

I love this story, it seems to be very true due to the details. Juan Pardo's expedition was said to have been attacked at Muscle Shoals which is near the location of the cave. I just wonder if it's under water now.

This may not qualify as a "legend" yet, as it's a) not a long time ago and b) apparently true, but I'm sure it will get there.

News sources can tell the story better than I, so check out NPR, or CNN, or The Guardian. You'll find a lot more links in Google. 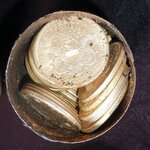 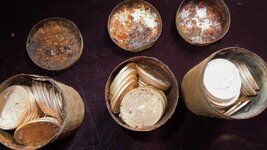 scuba equipment move under the cover of darkness, enter the water at first light

scuba equipment move under the cover of darkness, enter the water at first light

Well Thom, my friend, post it as a new lead in the forums.

I think with the new Archaeological discoveries scattered across the Southeastern US that a serious look should be taken on the Seven Cities of Gold. Long considered myth it seems there is substance to what several Spanish expeditions, De Soto's, Ponce de Leon's, and others, failed to locate due to the hostility encountered with the Native American tribes inhabiting the region. We now have evidence of an 1,100 year old Mayan settlement-city on Brasstown Bald GA, DNA tests of Creek and Cherokee Indians that show percentages of Maya ancestry, Itza Maya words in Muskogean and Cherokee along with place names in Itza Maya that are still used today in this region, a crushed shell road that led from the Smokey Mountains to the Gulf of Mexico, information regarding Mayan seafaring ability, Mayan glyphs on boulders and in caves in the region,and many other recent startling admissions and discoveries that point to extensive gold mining activities in the Nacoochee Valley of Georgia amongst other, and transportation and trade with Mayan cultural centers on the Yucatan peninsula. These new discoveries lend credence to the Waterhouse treasure cave in NW GA and the lesser known Hinged Rock treasure cave said to exist near Brasstown Bald that both involve substantial eyewitness accounts of staggering amounts of gold. Legend tells us that the Brasstown settlement is just one of seven with six more lost Mayan cities that could possibly exist in the region. I have my own theories about some of the trade routes and locations of the other cities, strongholds, camps, and religious centers, and would like to share information and ideas, and details of related artifact finds with others who might have an interest in this unfolding story. I think that the inclusion of THE SEVEN CITIES OF GOLD would be a positive addition to the Treasure Legends portion of this website.
You must log in or register to reply here.

The treasure of King Alaric: the spoils of Rome buried near Cosenza in Italy

Anatomy of a treasure legend
5 6 7