Not that this has do with anything really, but I thought these were cool old photos. 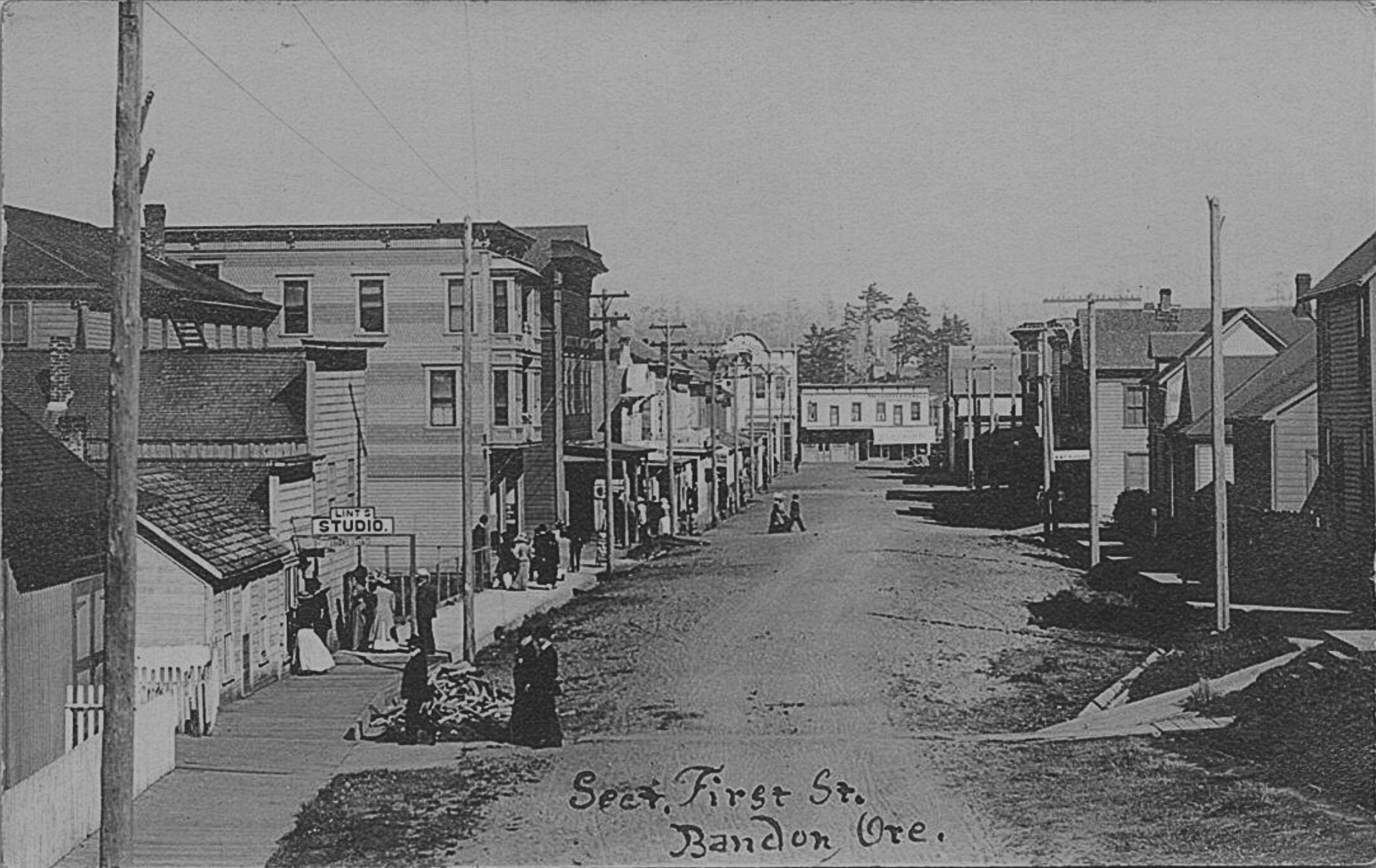 Bet there's a few coins on that street underneath the asphalt!

The founder of Bandon was from Ireland. He also imported a shrub called gorse. Gorse secrets an oil that is highly flammable and in Sept of 1936 the gorse caught fire and burned the town down. 10 people died.

Many years ago maybe the early 1980s I carpooled from Buena Vista to the Climax Mine. We'd go through Leadville and there was a major reconstruction of the old thick concrete sidewalks all along the main drag Harrison Avenue. They demolished all those old concrete sideways and underneath the concrete was all the old rotten wooden sidewalks still there from who knows how long?. There were metal detectorist all around searching everywhere up down Harrison Avenue for months. I would hear from one guy in the carpool van that a friend of his was finding all kinds of coins of the later 19th century and even a $10.00 gold was found by a guy from Denver I think I recall. Still that was the car pool chatter, so you always took that gab with a grain of salt. But I did see for sure those old wooden slat sideways and sure thought I need a metal detector. Harrison Ave has had a lot of folks been going up and down the streets for many years now and has been photoed for decades.

I wish I could get back to Leadville to do more bottle digging. Gosh ... That was sooo long ago .... sigh...

creskol said:
I wish I could get back to Leadville to do more bottle digging. Gosh ... That was sooo long ago .... sigh...

Yeah I never went to dig in the Leadville dump, but a early roommate of mine did when I first moved there on Feb. 27, 1977. He found a lot of old bottles and I've seen large collections of others when I was there. Its probably off limits now because so many old western mining states are taking control over bottle digging.
C

I'm just a couple hours North. Love the pizza at the brewpub.

I'd love to get those insulators from the poles.
You must log in or register to reply here.